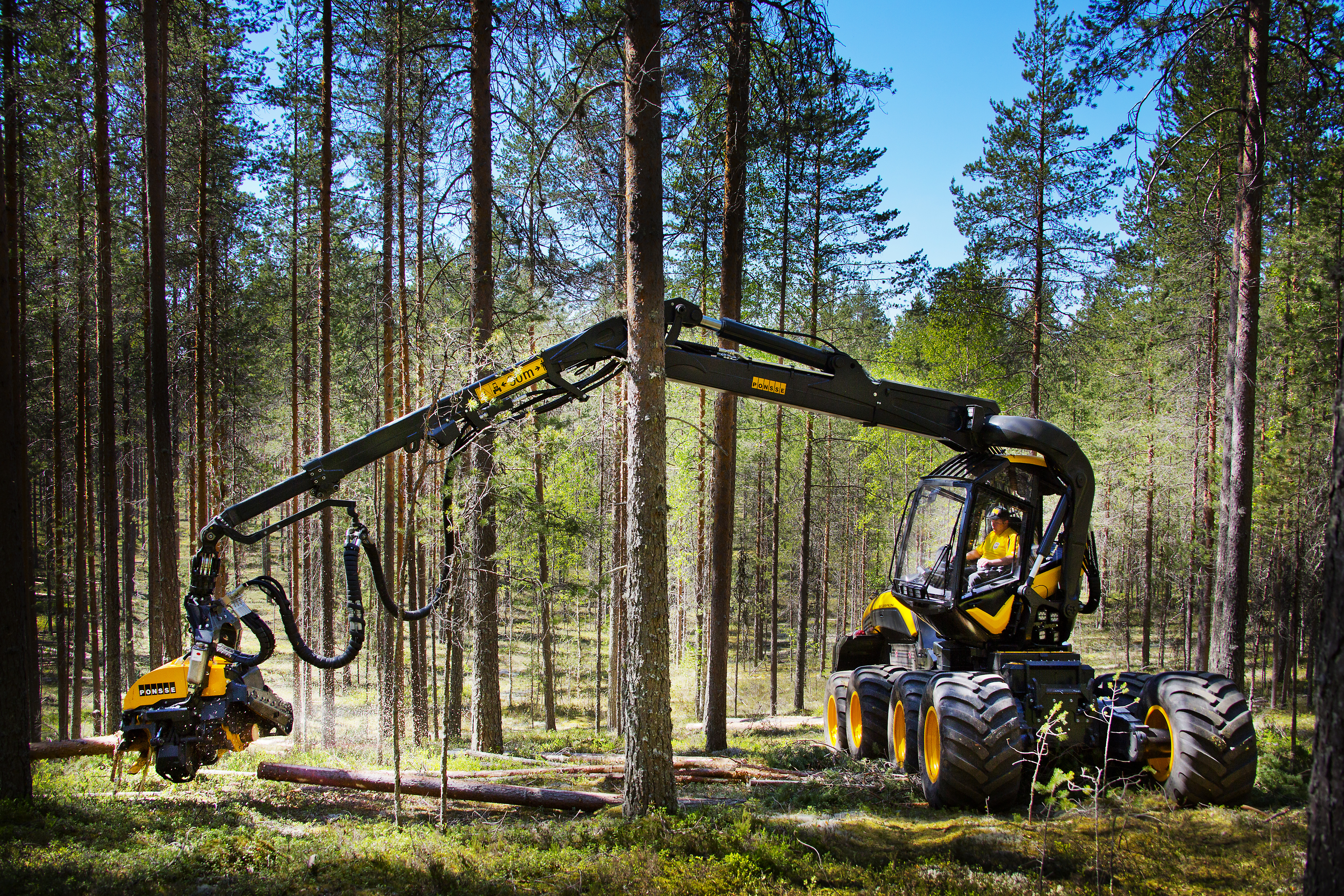 According to the group of resarchers, resilience of forests against damage can be significantly improved by active forestry. Photo: Ponsse

By Climate Smart Forestry the researchers mean reducing emissions of greenhouse gases, enhancing forest resilience to climate change and increasing forest productivity and economic welfare based on forestry. At the same time, the carbon storage of forests would remain the same or even increase.

The report Climate Smart Forestry in Europe, published tomorrow in Brussels by the Think Forest forum of the European Forest Institute, reiterates the demand, voiced in November by the International Panel on Climate Change, that the use of fossil raw materials must be reduced. However, as humans are compelled to use natural resources, we have to find a way to replace the fossils.

Climate Smart Forestry provides one means of implementing the IPCC’s demand. It involves not only increasing the growth and carbon sinks of forests, but also active forestry and the resource-efficient production and consumption of wood-based products.

According to the group of researchers, these goals should be global. In the EU, for example, Climate Smart Forestry could reduce the greenhouse gas emissions by one fifth by 2050, while simultaneously creating sustainable wellbeing.

The researchers point out that while mitigating the climate change is important, it cannot be the only factor determining the use of forests. This was also mentioned in the IPCC report: climate policy must be adapted to the 17 Sustainable Development Goals of the United Nations. The better the climate policy responds to other human needs as well, the easier it will be for citizens to support it.

Owing to the press of time emphasized by the IPCC, demands have been voiced to reduce the use of forests, as well as demands for additional forest protection. This solution is tempting in its simplicity, compared to the complexity of the problem.

The researchers quote the American journalist, satirist and social critic Henry Louis Mencken: ”For every complex problem, there is an answer that is clear, simple ‒ and wrong.”

The forest area of Europe has long been increasing, as has the timber stock per hectare, both in highly and poorly forested countries. In the three most forested countries of the EU, Finland, Spain and Sweden, the timber stock – that is, the carbon storage – has, due to forestry activities, increased by 68, 34 and 39 percent respectively between the 1970s until today.

The universal driver of forest harvesting is global demand. If loggings are decreased in Europe, trees will be logged somewhere else; that is, in areas where forestry and the production of wood-based products is, according to the researchers, almost always less sustainable than in Europe, from the perspective of both climate change and biodiversity.

Read more: Setting challenging targets for forest carbon sinks in western Europe would move the reductions in loggings elsewhere – European forest industry would have to re-think its future

If loggings in Europe should actually decrease, atmospheric carbon would increase almost immediately.

Forests should especially not be logged in regions where the forest area is already decreasing. As regards such regions, the EU should aim to assist in forest regeneration, planting trees and increasing know-how.

New understanding of impact of forest damage on climate

Forest damage constitutes a particular danger to the carbon storages of forests. That forests are damaged is nothing new, but the occurrence of damage has increased with the climate change, and we are only beginning to understand the consequences.

“Damage is more extensive than before, and it has begun to occur in areas where we have not seen it previously,” says Lauri Hetemäki, Assistant Director of the European Forest Institute and one of the report’s authors.

According to Hetemäki, the researchers are fairly unanimous in considering that the extent of damage has increased because of climate change.

The most calamitous type of forest damage is fire, as it releases the carbon storage of forests directly into the atmosphere as carbon dioxide and carbon black. Fires cause injuries to humans and destroy buildings. Because of them, the growth and carbon sequestration potential of young trees are lost, and the trees left in the forest after a fire also create emissions later as they decay.

The problems are only made worse by the fact that different types of damage often exacerbate each other. For example, trees damaged by storms or heavy snow loads are also susceptible to other damage, such as infestations by the bark beetle.

“We need to start managing the forests”

The most important means of decreasing the risk of forest fire is the reduction of dead and dry wood and altering the structure of forests into a mosaic of compartments that can be managed individually. As in Finland, this would help prevent the propagation of extensive fires over uninterrupted areas.

In Europe, forest fires are a particular problem in the Iberian Peninsula and other areas where the forests are not used. “They contain large accumulations of combustible forest biomass. In these forests, the type and extent of the fires depend directly on the amount of biomass,” says Hetemäki.

According to the authors, active forest management is the best means of fighting forest damage. This would also give the forest owners a reason to manage their forests actively.

Hetemäki quotes Marc Castellnou, one of the most respected forest fire experts in the world and Director of the Catalan Forest Fire Service: “We do not need more helicopters and firefighters, we need to start managing the forests.”

Still, there will be fires in all kinds of forests. It is therefore also necessary to be better prepared to fight them.

The researchers also speak of the economic dimension of forest use. If trees are left unused, the forest owners will lose the revenue from selling them. What will also be lost is all the economic activity and wellbeing that the use of timber harvested from the forest generates across society.

A good example from Central Europe is the oak: thanks to the revenue brought by it, forest owners are able to keep the forests in good condition and, for example, replant them with other tree species if required by the climate change.

Forest protection is necessary because of maintaining carbon sinks and biodiversity. However, the researchers consider that these goals would not be promoted by protection on a very large scale, as it is accompanied by an increased risk of damage.

In addition, large-scale protection would not promote the other ecosystem services defined by the United Nations, such as landscape, wood products and various non-wood products of forests. Nor would it promote the principles of sustainable development, because it would decrease the possibilities of future generations to utilize forests for many different purposes, the way the present generation is able to do.

According the researchers, if we want to pursue these goals simultaneously with climate change mitigation, Climate Smart Forestry is the best solution.

The CSF report on the pages on European Forest Institute

The report was authored by