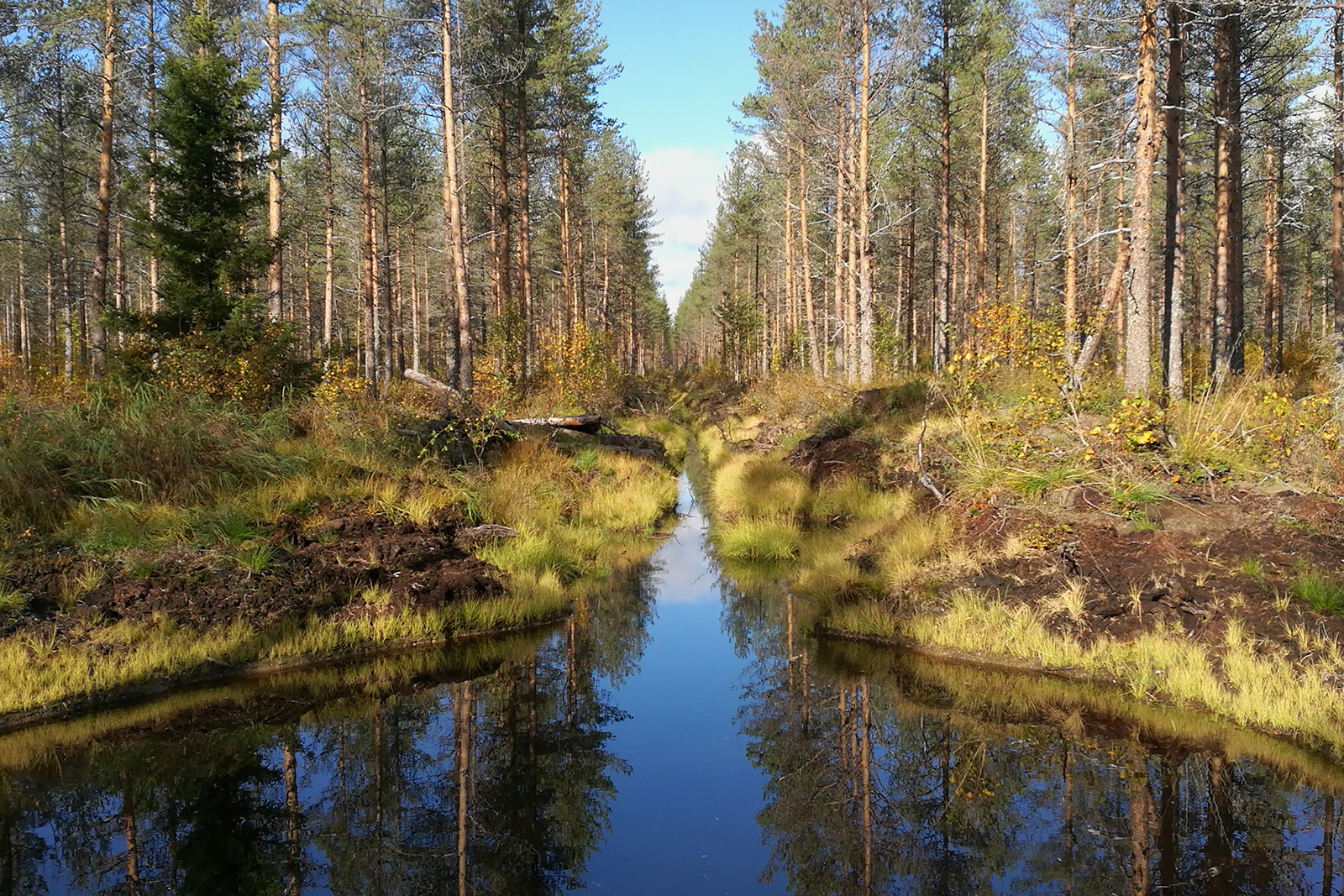 New forest drainage operations are practically never undertaken in Finland any longer, but restoring overgrown drainage ditches often makes sense financially. A mire simulator helps to plan the restoration so as to cause less harm to the environment.

A mire simulator is being developed as a tool for ditch restoration. It can be used when planning the operation to keep emissions through ditches into waterways small while ensuring that the outcome is financially profitable.

The mire simulator will be used for calculations on individual stands because ditch restoration is also planned for one stand at a time rather than, for example on an entire drainage basin.

Yet the stand-specific data on increased growth delivered by the mire simulator is not necessarily exact.

’Still, if we broaden the examination to cover a drainage basin where perhaps several restorations are being carried out, the average result is sufficiently exact,’ Hökkä says.

Input for the simulator includes data on the volume of growing stock in the stand, the characteristics and location of the site, the projected ditch depth and the distance between ditches, as well as any alternative plans envisaged. The simulator calculates the increase in growth achieved by the restoration on the basis of this data.

Simulator will be tested over the summer

The mire simulator will be tested in the summer of 2020 in the Jäälinjärvi drainage basin in Kiiminki, North Ostrobothnia. The peatlands in the area are rich in iron, and according to current knowledge changes in groundwater tables increase the dissolving of iron from peat, and here it will migrate to Lake Jäälinjärvi.

Using the mire simulator it would be possible to target the ditch restoration so as to maximise the increase of tree growth while minimizing the amount of iron dissolved.

According to the Finnish Environment Institute the nitrogen emissions from forestry make up about five percent of Finland’s total nitrogen emissions, and the share of phosphorus is a couple of percentage points greater. As for nitrogen, more important emission sources are agriculture, municipal emissions and atmospheric fallout. Significant sources of phosphorus emissions include agriculture, emissions from scattered settlement and atmospheric fallout.

However, this data is based on estimates which vary greatly from one study to another.

A significant share of peatlands in forestry use has been drained. Drainage was very frequent in the 1960s and ’70s when it was a new method whose impact on either the environment or timber production was not always taken into account sufficiently.

At that time, drainage was carried out even on mires where timber production has never offset the financial and environmental cost of the operation. These days, such mires are being restored into their natural state as and when possible.

Calculation results for individual stands are handed over to the forest owner free of charge. Subject to permission from the forest owner, they are also available to the whole forest sector for use in the planning of ditch restoration.

By the end of June 2020 the project, called ’Quality Leap in Waterways Protection’, should have completed an application that can be used to calculate predicted outcomes, says Hökkä.

Development work of mire simulator has been financed by Finnish Forest Foundation.