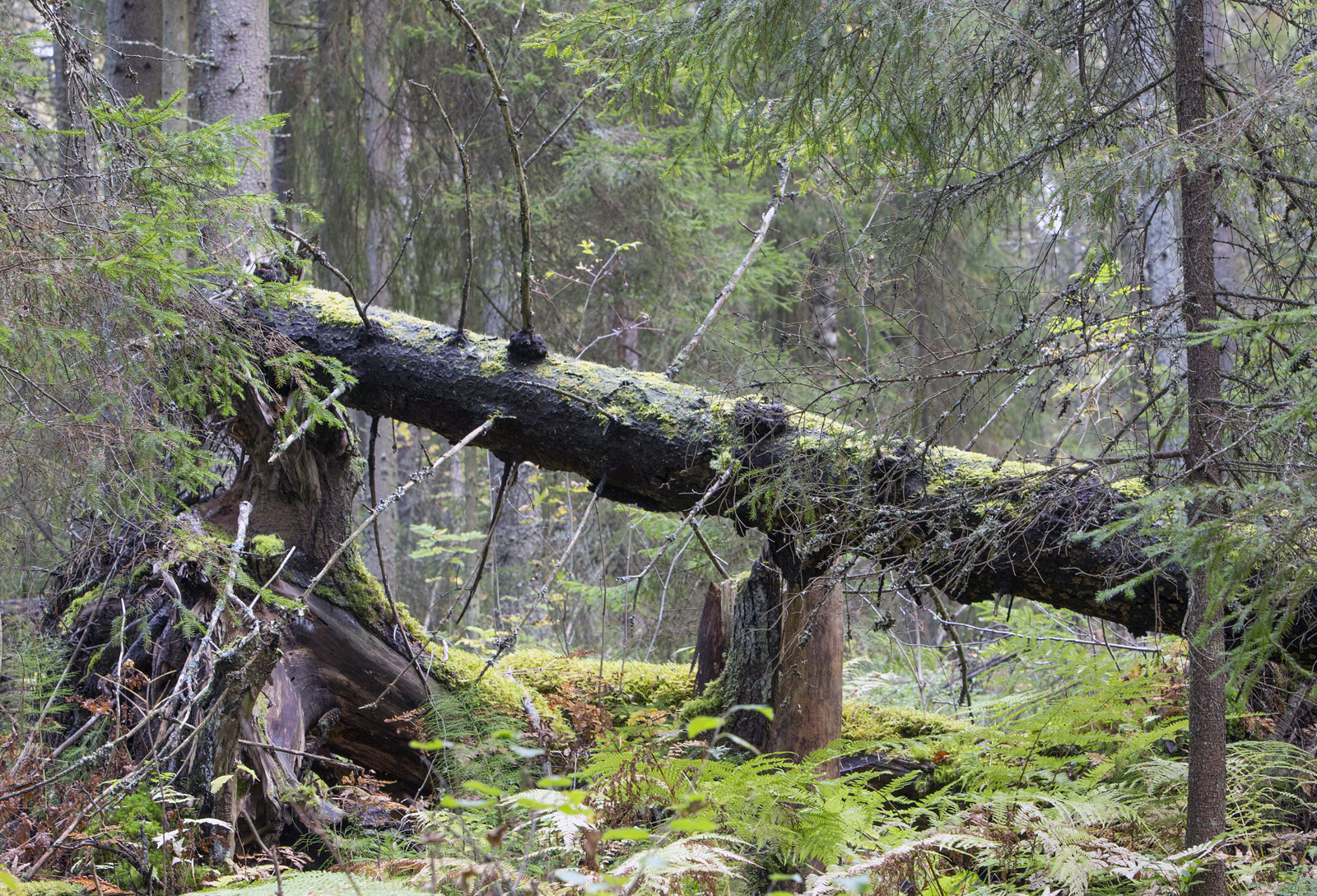 In a discussion forum with an unprecendented range of participants, a common will and concrete ways to protect forest biodiversity in Finland are being sought.

Storms may be brewing up in Finnish forests in the near future. At the same time as logging is increasing, funding for protection will be cut. All this is reflected in public debate as a conflict between bioeconomy and biodiversity.

Measures for the protection of biodiversity are now being looked for by more actors than ever before. Nearly thirty organisations and companies are involved in round table discussions, representing the forest owners, the forest and environmental organizations, the industry, the research community and the authorities.

A common will is being looked for in discussions convened last spring by Mr. Kimmo Tiilikainen, the Finnish Minister of Agriculture and the Environment. It is believed that an invitation from the minister himself was successful in bringing all forestry and environmental organizations around the same table this time.

Among the significant actors, only Greenpeace Finland is missing – in spite of having been invited. According to Mr. Matti Liimatainen, in charge of forest issues in Greenpeace, the organisation does not participate in discussions that have no goals or no mandate to decide on concrete protection measures. The organization is just starting its own “Protecting Finnish forests” campaign.

From words to action

“Forests are linked to a lot of emotion and a desire to act. Even if people have the same aims, the discussions often run along familiar grooves,” says Mr. Timo Lehesvirta, Director, Forest Global, at UPM. According to him, there was a clear need in Finland for the new discussion forum and the dialogue it enables. Because all forest actors are involved, discussions and encounters will also lead to action.

The Finnish Association for Nature Conservation is represented at the round table by its president, Mr. Risto Sulkava. He stresses the importance of a balance between conservation and the commercial use of forests.

“This is where you need to start. If bioeconomy is to increase the use of wood, it is necessary to increase nature conservation and boost the best practices of nature management in forestry, too. This trio will have to stand or fall together,” says Sulkava.

The round table participants are strikingly united in thinking that the government should not have cut the funding to the Metso biodiversity programme. Last spring, a petition on behalf of the valued programme followed an initiative taken by the round table members.

According to Ms. Liisa Rohweder, Secretary General of WWF Finland, the goal of the round-table discussion should be that the Finnish government would restore the funding to Metso to its previous level. “Everybody is for it. The funding allocated to Metso is relatively small compared to, for example, a number of harmful state subsidies.”

Next year, some forests will be protected by voluntary donations in honour of the centenary of Finnish independence. The idea is that private forest owners can donate their land for conservation, and the state will match this with forests of its own.

As for how much forest, or what kind and where situated, will be donated, is to be determined later in the autumn. It could be, for example, a hundred hectares in each of the Finnish regions.

The round-table participants interviewed by forest.fi agreed that the forest conservation campaign for Finland’s centenary year 2017 has a great symbolic value. On a more practical level, though, a new national park called Hossa in Eastern Finland will be opened to honour the centenary, as was pointed out Mr. Antti Otsamo, Sustainable Development Manager at Metsähallitus.

In addition to the joint round-table discussion, the participants want to find concrete solutions for forest protection and sustainable forestry. The themes discussed include how to increase the volume of decaying wood, as well as the Multi-forest project, which attempts to eliminate bottlenecks from nature management in forestry.

“The round table provides a basis for developing projects jointly by a wide range of actors and to exchange information on best practices,” says Mr. Tomi Salo, Forest Director at the Finnish Forest Industries Federation (FFIF). According to Salo, the forum provides all actors a valuable opportunity to gauge their own programmes against the public debate on forests. The round table meetings have discussed the connections between the FFIF’s environmental programme and the Multi-forest project, among other things.

Mr. Juha Hakkarainen, forest director at the Central Union of Agricultural Producers and Forest Owners (MTK), believes that forest debate needs more courage and proactiveness. “In addition to what we have succeeded with, we should find new, fresh ways to take forest biodiversity forward.”

“If the state cannot find the money, we should look for market-oriented solutions for conservation”, Hakkarainen says. As a possible solutions, he mentions the commercialization of ecosystem services, habitat banks and a foundation for the protection of forest biodiversity that everyone could invest in.

“The state has an important role in protecting biodiversity, but this does not exclude the role of the private sector and citizens.”

Nearly thirty organisations are involved in round table