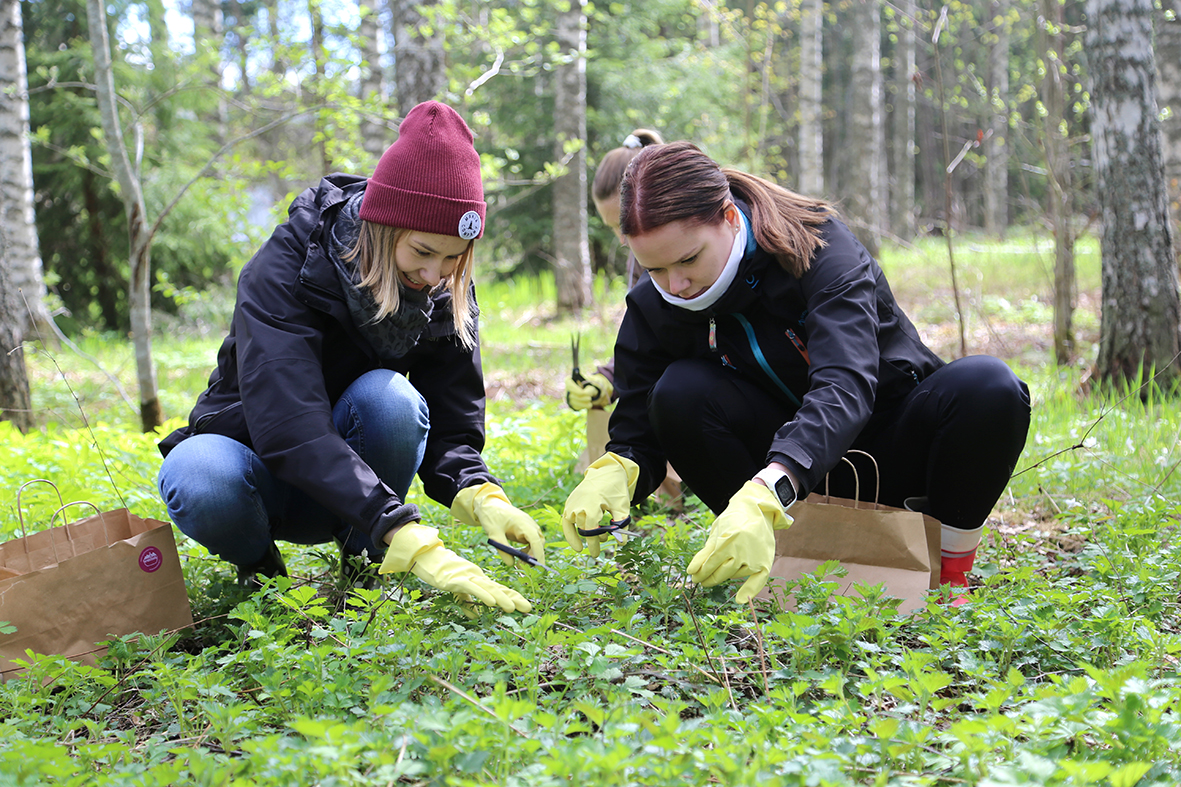 Finnish forests are full of edible stuff, and by no means just feathered or fur-clad. Many wild herbs can be gathered throughout the summer.

Spruce shoots, yarrow, ground elder, raspberry leaves. Nettle, rosebay willowherb, birch leaves, lady’s mantle, wood sorrel and dandelion – many Finns gather these for their own use. But they are also food for which many restaurants are willing to pay.

Wild herbs are trendy food. Would you consider tasting pesto made of ground elder? ’Our experience is that above all, herbs are city food,’ says Siiri Mäkelä, manager of the Food from Nature project of the Finnish 4H Organisation.

Mäkelä says that there is interest in gathering wild herbs among Finns, though how many of them actually do gather them is unknown. More information is available on gathering herbs for sale.

’The turnover of the nature products branch has been some 300 million euros annually. Of this, one quarter comes from gathering,’ says Mäkelä.

”Maybe the extent of gathering herbs for private use could be estimated on the basis of what we know about gathering berries, where the share is around 70 percent,’ ponders Mäkelä. All in all, the branch has some 750 companies, but those focusing on wild herbs only number about 50.

Bringing buyers and gatherers together

The Food from Nature project trains the gatherers and strives to bring them in contact with the restaurants and processing businesses which use wild herbs. In line with the 4H principle, the trainees are young people.

Interest in the topic is evident: 150 young people have been trained this year. Another forum for bringing buyers and gatherers in contact is the Forest Foody web service.

In Finland, everyman’s rights allow the gathering of wild herbs everywhere in natural areas even for commercial purposes. But because the boundary between permitted and prohibited commercial activity is unclear, 4H recommends that the landowner’s permission is asked whenever gathering herbs for sale.
And as to parts of trees, such as leaves or shoots, gathering them is never allowed on the basis of everyman’s rights, so a permission must be sought.

Know-how has not disappeared

According to Mäkelä, there still exists traditional know-how on wild herbs in Finland. ”Courses dealing with wild herbs are organised everywhere in the country and older generations are very well versed in these matters. Our task is to transfer the know-how to younger generations,’ says Mäkelä.

The Food from Nature project only operates in the very south of Finland. It is not difficult to imagine that this activity might be even better promoted in the more forest-rich areas of the country.

According to Mäkelä, though, herbs are quite an urban topic. ’And they grow right here, in the parks close to us. And the demand is here, too,’ says Mäkelä in her office in central Helsinki.

’Plus, there are similar projects elsewhere in Finland, too, in south-eastern Finland, for example,’ says Mäkelä. And, to be honest, there is forest along the south coast of Finland as well, just as in other parts of the country.

Mäkelä knows that the demand for wild herbs exceeds supply. As a result, the prices paid for them are at least reasonable.

’The sales prices are per kilo or litre. Our goal is that the gatherer’s earning would come up to 10 euros per hour, though we do know that some have made even better money,’ says Mäkelä.

Most wild herbs can be used as they are in, for example, salads. They can be used to make beverages and to flavour almost any dish.

Mäkelä’s favourite is pesto made of nettle or ground elder. ”Ground elder tastes a bit like celery. And it can be gathered throughout the summer. You just cut the plants down after picking the leaves, and in a week you’ll have a new batch to pick,’ says Mäkelä.

Scientific names of herbs mentioned in the text: