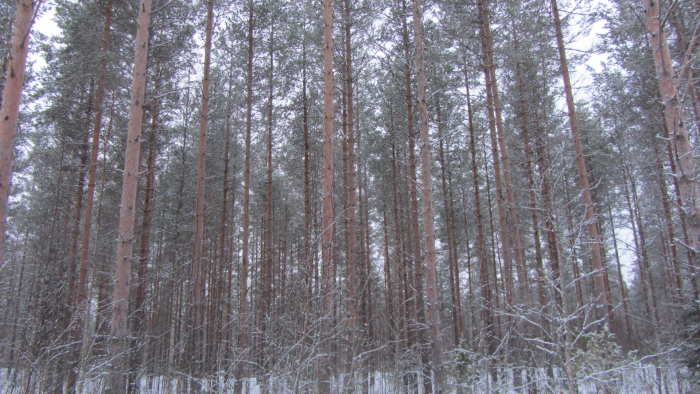 The prices of forest holdings went up by almost 11 percent last year. In Finland, non-nationals can also buy forest, and according to certain forest experts, Russia’s attack on Ukraine may already be visible here.

According to the market research of Forestland Investment Finland Ltd (Suomen Sijoitusmetsät Oy) the prices of forest holdings went up by 11 percent last year, but Russia’s attack on Ukraine brings dark clouds on the horizon. Esa-Jussi Viitala, Senior Scientist at Natural Resources Institute Finland, says it is too early to estimate the impact of the war on the sales of forest holdings, though there are two things worth following.

“How will interest rates affect [the market] and how interesting will Finland be in terms of purchasing property? These are questions I could ask, but I don’t know the answers,” Viitala says.

I do fear that this disaster will make people think twice about buying property.

Janne Savilahti, Licensed Real Estate Agent and Public Purchase Witness at the Länsi-Suomen Metsätilat [Western Finland Forest Holdings] company, feels that the war may already have put a damper on the sales of forest holdings.

“I can’t really be certain, but at least general demand and inquiries from people have not picked up. I do fear that this disaster will make people think twice about buying property,” says Savilahti, who is active in the northern parts of the Tampere Region.

Is forest now a stabler form of investment?

Jari Kinnunen from the Forestland Investment Finland Ltd (Suomen Sijoitusmetsät) company considers that the war in Ukraine will have a dramatic impact on stock exchanges, but as regards forest holdings, we might not see a major turn. In fact, the war may even have the opposite effect.

“Investing in real estate and forests can be seen as a stabler prospect [than stock exchanges]”, Kinnunen thinks.

Kinnunen also says it is too early to assess the impact of the war, though in general, late winter is a low season for sales of forest holdings.

“Things generally pick up in April, and by May we normally go at it full tilt,” Kinnunen says.

Harri Huupponen, CEO of Metsätilat.fi Palvelut and Development Manager of Metsänhoitoyhdistysten Palvelu MHYP, says there have already been inquiries about sales of land to foreigners and Russian nationals in particular.

Huupponen says that there are no impediments to such sales, except as regards areas of strategic importance for the Finnish Defence Forces. As for Russia, Huupponen points out in warning that its banks will be affected by the economic sanctions

“Many Russians are likely to encounter difficulties with payment at this time. Still, it is up to the seller to decide who to sell to, and I suppose that sellers’ thoughts are probably charged in a particular way just now,” Huupponen continues.

Before war broke out, the climate was completely different. It was a seller’s market.

“They can’t get at the holdings fast enough,” was what Janne Savilahti said in February before Russia’s attack.

“It’s a long, long time since I’ve had the selling of a forest holding that hasn’t found an interested buyer within the typical sales period,” said Savilahti, who has worked 30 years as a real estate agent and 11 years in his current job as a broker of forest holdings.

The origin of the funds and the buyer’s political position will be investigated.

The market for Finnish forest holdings also interested foreign investors. According to Jari Kinnunen, investors used to ask things like whether it is at all possible to buy forest in Finland. Buying forest in Finland is possible, except for individuals placed under sanctions.

“The origin of the funds and the buyer’s political position will be investigated,” Kinnunen said.

The war caused the outlook to change somewhat.

“Most sales will be between actors based in Finland, though in tourism, for example, it’s been seen that foreign actors may be rather reserved. The government should issue a clear statement on the direction Finland is taking, in order that foreign actors would continue to invest here,” Kinnunen says.

In Finland, 60 percent of the forests are owned by private forest owners. The percentage of foreign ownership is not known, but non-nationals do own forest, at least through investment funds and forest-owning Finnish companies.

Before the war in Ukraine, the demand for forest was visible in the number of deals concluded.
’Within a short period of time, during the past year, the rise in prices of forest holdings has been greater than ever, as far as I can remember,’ says Janne Savilahti.

In February, Savilahti was dealing with a holding of 39.6 hectares, with plenty of growing stock and dominated by pine, in the municipality of Virrat. The asking price was EUR 260,000. The market value of the holding was set at about EUR 209,000. Savilahti estimates that the likely selling price will be the market value multiplied by 1.5–2. This would mean something between EUR 313,500 and EUR 418,000.

In my opinion, the market price of a forest is always appropriate if the seller and buyer can meet each other at a proper price.

As regards price levels, Harri Huupponen points out that in the past few decades, the growth of Finnish forests has increased.

“There is more timber per hectare on the holdings that come up for sale. You need to take that into account when looking at the price. In my opinion, the market price of a forest is always appropriate if the seller and buyer can meet each other at a proper price.”

Harri Huupponen says that the market has been dominated by funds, which have accumulated capital in good times and now want to invest it. Forest is becoming more attractive due to what is called the green transition, which the current crisis is expected to boost.

A new feature in the market is the emerging interest in products of voluntary carbon trade.

“There are many funds, investment and otherwise, that strive for a green status. Forest can be used to greenwash many things. They want to invest in carbon sequestering or in so-called green growth, Huupponen said earlier in February.

I haven’t seen that many actors who’d just fell the timber and vanish.

At the same time, he points out that investing in forest will not make you rich overnight. Those who are interested in long-term investment also favour sustainability.

“I haven’t seen that many actors who’d just fell the timber and vanish. Those interested in forests are aware of the obligations here. I’d say that the buyers are a really responsible type. They will need a cash flow even in the future, and they’re safeguarding it by making sure the forests continue to be productive.’

Jari Kinnunen at Forestland Investment Finland Ltd (Suomen Sijoitusmetsät) also considers it to be in the interest of forest owners and buyers that forests are used sustainably.

“You’ve got to consider other aspects, too, besides just economic sustainability. The markets impose demands that require you to pay attention to sustainability in your operations.”

Thanks to carbon sinks, people do consider forest holdings as having more advantages than just financial potential.

What sort of holdings are of interest?