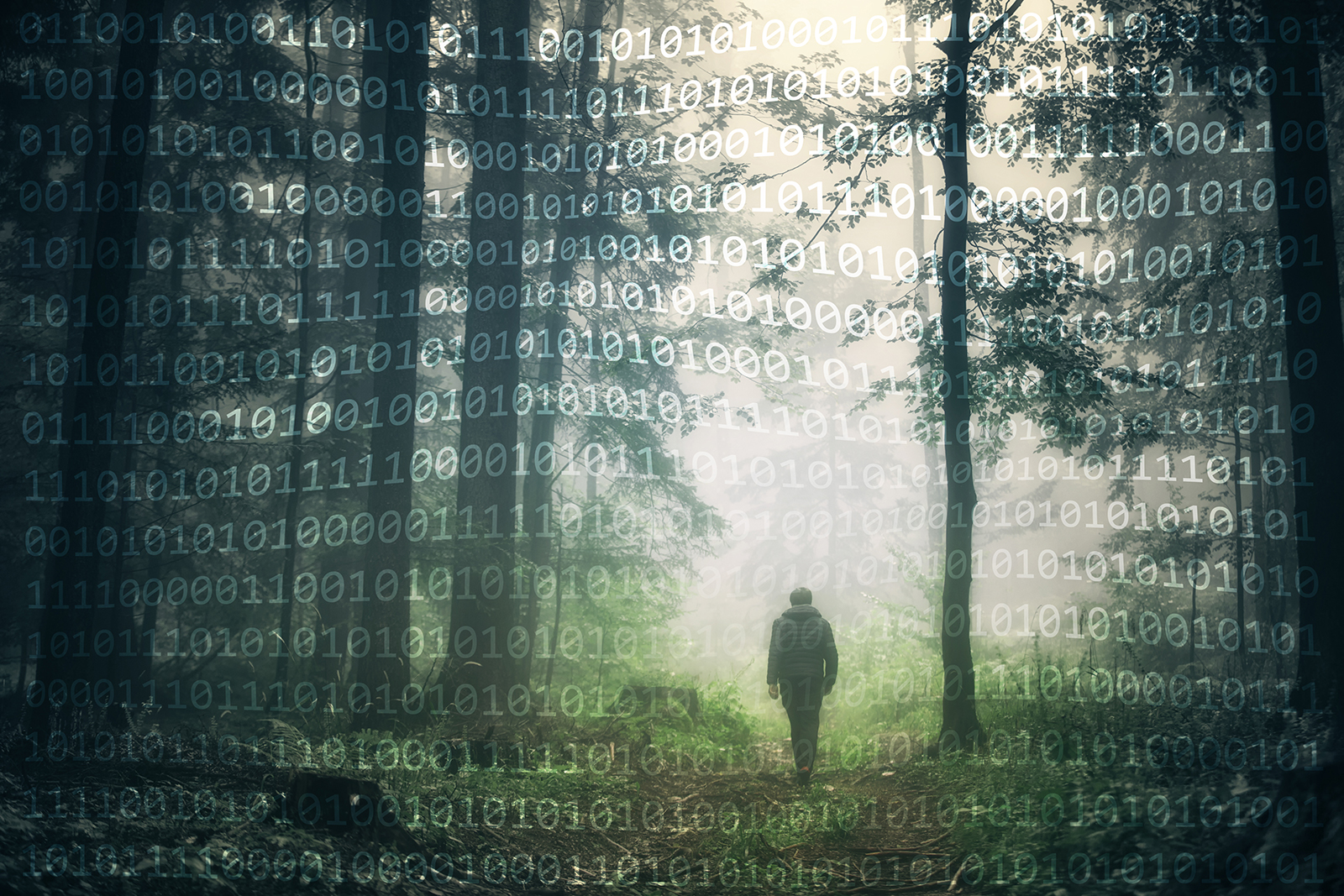 The open data includes satellite images, but also data gathered by visiting the forest and by using drones, airplanes and even with the data systems of forestry machines. Photo: Shutterstock

The space is teeming with satellites that gather enormous amounts of data on forests, too. More and more of this data is available to forest owners and businesses who develop forest data software and services.

One business that deals with forest data is Bitcomp, which makes use of artificial intelligence (AI) in its systems. They enable forest owners and professionals to check what is happening in the forest without actually needing to go there.

’Seeing as satellites gather data from all over the world, it’s possible to offer services across a wide area and there’ll be no blank spots on the map or in the data. Another advantage is that the data is fresh. The satellites fly over the same area sometimes even daily, and thanks to automation, the data is analysed in real time. What is more, an algorithm based on satellite data can sometimes reveal events in the forest that can’t be detected with the naked eye,’ says Jani Heikkilä, Sales Director at Bitcomp.

Product Manager Eero Kananen shows me the company’s latest product, the Leafpoint system targeted to forest professionals. He demonstrates how real-time data on the state of the forest can be accessed with just a few clicks of the mouse.

Among other things, the software indicates any need for thinning, locates storm damage and detects areas suffering from drought or insect damage.

’The object is interpreted continuously by AI. If it finds storm damage or a need for thinning, it notifies the forest owner, who can then immediately commission the necessary operations by means of the OmaMetsä application developed by Bitcomp,’ Kananen says.

To some extent, digital applications such as Leafpoint have become possible because the forest data gathered by the Finnish Forest Centre became accessible to the public in 2018. The open data includes satellite images, but also data gathered by visiting the forest and by using drones, airplanes and even with the data systems of forestry machines.

Jorma Jyrkilä, Chief of Forest Data Service at the Finnish Forest Centre, says that open data was a great success right from the beginning.

’We’ve witnessed the development of a forest ecosystem around forest data in Finland. As a public actor, we want to serve individual forest owners, but also ICT and other businesses such as Bitcomp, who can take open data and process it and develop applications such as Leafpoint,’ Jyrkilä says.

From ten-year plan to real-time observation

Matti Möttus, Principal Scientist studying remote sensing at VTT Technical Research Centre of Finland, says that artificial intelligence has brought about a sizeable leap in the development of forest data.

Just ten years ago, forest plans were commissioned from a forest professional, who gathered the information needed by taking a walk in the forest and then making their recommendations on thinnings and other operations for several years to come. Today, technology provides detailed real-time information on forests. Artificial intelligence plays an important part in an increasingly more digital world.

’Digitalization has led to enormous volumes of data, which also has so many interconnections across devices and databases that humans just can’t keep up with the pace. Artificial intelligence is vital for organizing the masses of data,’ says Möttus.

Nor does it seem likely that the increase in data volumes is slowing down. The number of satellites and other remote sensing devices in space and the atmosphere that record events on our planet continues to grow. This development has opened up potential for new actors in space business.

’Different types of businesses can participate by constructing small, relatively cheap satellites, and these can deliver forest data, among other things, flexibly and user-orientedly. This is an area where Finland is at the vanguard,’ says Möttus.

Digital twin to model all of Earth’s forests

According to Möttus, Finnish forest data is so easy to use largely because, in addition to satellite mapping, tens of thousands of field measurements are made in Finland each year. Footwork is needed, for AI algorithms cannot rely on satellite images alone.

Several on-going development projects make use of artificial intelligence. As a significant new departure, Möttus cites the digital twin of forests being constructed at VTT. It will be used to model forest growth, its health and changes in carbon storages.

’The digital twin will generate data on the circulation of carbon in forests and on the impact of human activity on forest carbon storages.’

Funded by the European Space Agency ESA, the project is part of the wider DestinE (Destination Earth) project, whose goals include the construction of a digital twin of all forests on Earth.

Another project by Bitcomp, the EnviNavigator, was also selected for funding by the ESA, as part of a programme designed to commercialise the results of development activity. The project develops services for a swifter and easier analysis of changes detected by satellites in the state of forests.

Forest management is undergoing a rapid development, and the focal points are shifting. Information about the impact of various operations and the climate change on forest development is continuously increasing. Eero Kananen says that the goals of forest owners are also changing.

’The rapid development of data systems makes it possible for forest owners to have access to real-time, sufficiently detailed information to support decision-making. The software can also generate effective visualisations of the various options and their impact,’ says Kananen.

The data presented by the systems and the operations they suggest can be customised according to the needs of the forest owner.

’As an example, the forest owner can choose whether they wish to maximise their financial profit, the recreation potential, biodiversity or, say, carbon sequestering and landscape management.’