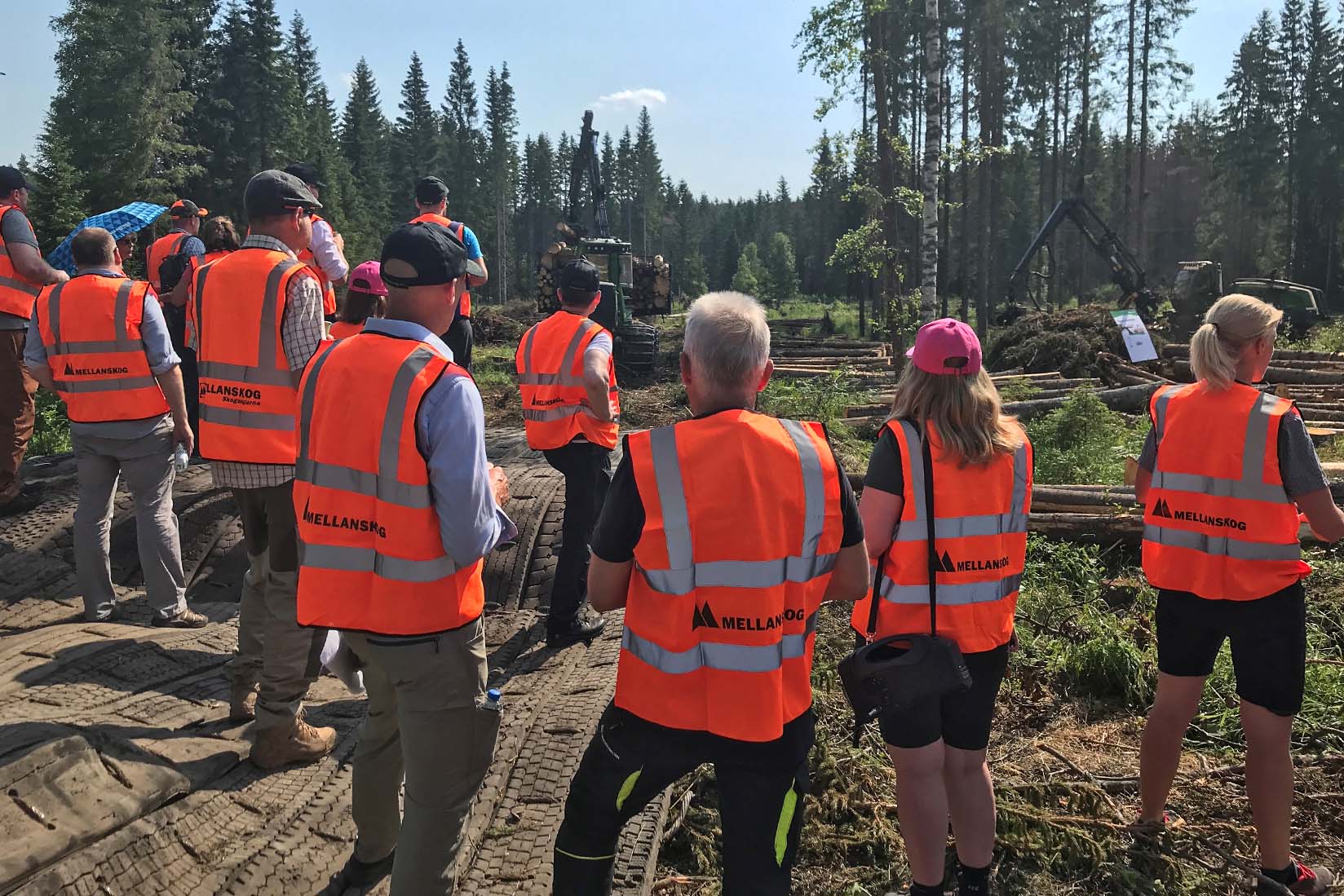 The participants were accommodated in Johannesberg Castle north of Stockholm, and field excursions were arranged during the event.

Participants in he Forest Academy for EU Decision Makers had lively discussions about climate change and biodiversity. The event was organized by the Finnish Forest Association and the Swedish Forest Agency.

The Forest Academy for EU Decision Makers brought together 35 influential people in the last week of June in Sweden.

The participants included people from different EU Member States, from the European Parliament and the various Directorates-General, people representing research and NGOs, forest professionals and representatives of bioeconomy stakeholders.

Forest Academy Director Elina Antila, from the Finnish Forest Association, says the purpose of the event was to provide information on forest issues, to highlight a range of different perspectives and to strengthen dialogue.

The participants were accommodated in Johannesberg Castle north of Stockholm, and field excursions were arranged during the event.

’The excursions allowed us to show how forestry is operated in he Nordic countries and how it is affected by EU-level strategies and decision processes,’ says Antila.

The two-day event included seminars, field visits, discussions and networking. Visits to the forest focused on the ways of combining economic,  environmental and social sustainability in forestry.

What came up particularly in the discussions was how to harmonize forest biodiversity, combating climate change and the commercial use of forests.

’What came up particularly in the discussions was how to harmonize forest biodiversity, combating climate change and the commercial use of forests. In many cases, it is not possible to optimize all these within one forest area,’ says Björn Merkell, Senior Advisor at the Swedish Forest Agency.

Last week, the EU Commission published its proposal for an EU regulation on nature restoration.

According to the proposal, one fifth of the land and sea areas requiring restoration should be covered by restoration measures by 2030, and the other four fifths by 2050.

’The forests in Europe are of many kinds, so identical methods of forestry are not suitable across the continent,’ says Antila.

One method that caused discussion was controlled burning, in other words, the intentional burning of areas for nature management.

’The controlled burning of boreal forests was an unexpected method for participants from Central Europe. They found it hard to believe that someone would set out to burn forest, because in their own countries there are often extensive wildfires due to drought,’ Antila explains.

In a controlled burning most felling residue is burned, as well as some of the humus layer.

Controlled burnings release nutrients into the soil and create space for a different range of species, some of which are rare or threatened.

During the event the group also visited the New Wood exhibition, designed to illustrate the significance of the new wood economy.

‘The participants were interested and pleased to learn about the possibilities of replacing plastics with wood-based products,’ Antila says.

The participants were interested and pleased to learn about the possibilities of replacing plastics with wood-based products.

Wood is a renewable raw material which can help reduce the dependence on fossil raw materials.

Antila stresses the importance of dialogue on the forest sector and forests, as they can provide solutions to  the European Union’s Green Deal.

The objective of the Green Deal programme is to make Europe the first climate-neutral continent  by 2050. This would mean bringing Europe’s net emissions of greenhouse gases down to nil.

The Forest Academy for EU Decision Makers was officially opened on Monday night at the Johannisberg Castle by Finnish Minister of Agriculture and Forestry Antti Kurvinen.

He stressed the importance of wood and wood-based products in achieving the sustainability goals by 2030.

According to Kurvinen, the so-called green transition increases the demand for bio-based raw materials, such as can be derived from Finnish and Swedish forests.

Forest policy should, also in the future, be planned and implemented at the national level.

At the same time, however, the European Union publishes requirements on how to use the forests in Member States, in Kurvinen’s words ”faster than ever before” and with disregard to the powers of national parliaments.

’Forest policy should, also in the future, be planned and implemented at the national level. The circumstances of individual countries and ways to manage different types of forest are known and understood best in the Member States,’ Kurvinen continued.

In connection with the forum opening, Minister Kurvinen and the Swedish Minister of Agriculture Anna-Caren Sätherberg signed a letter of intent on cooperation in forest research between Sweden and Finland.