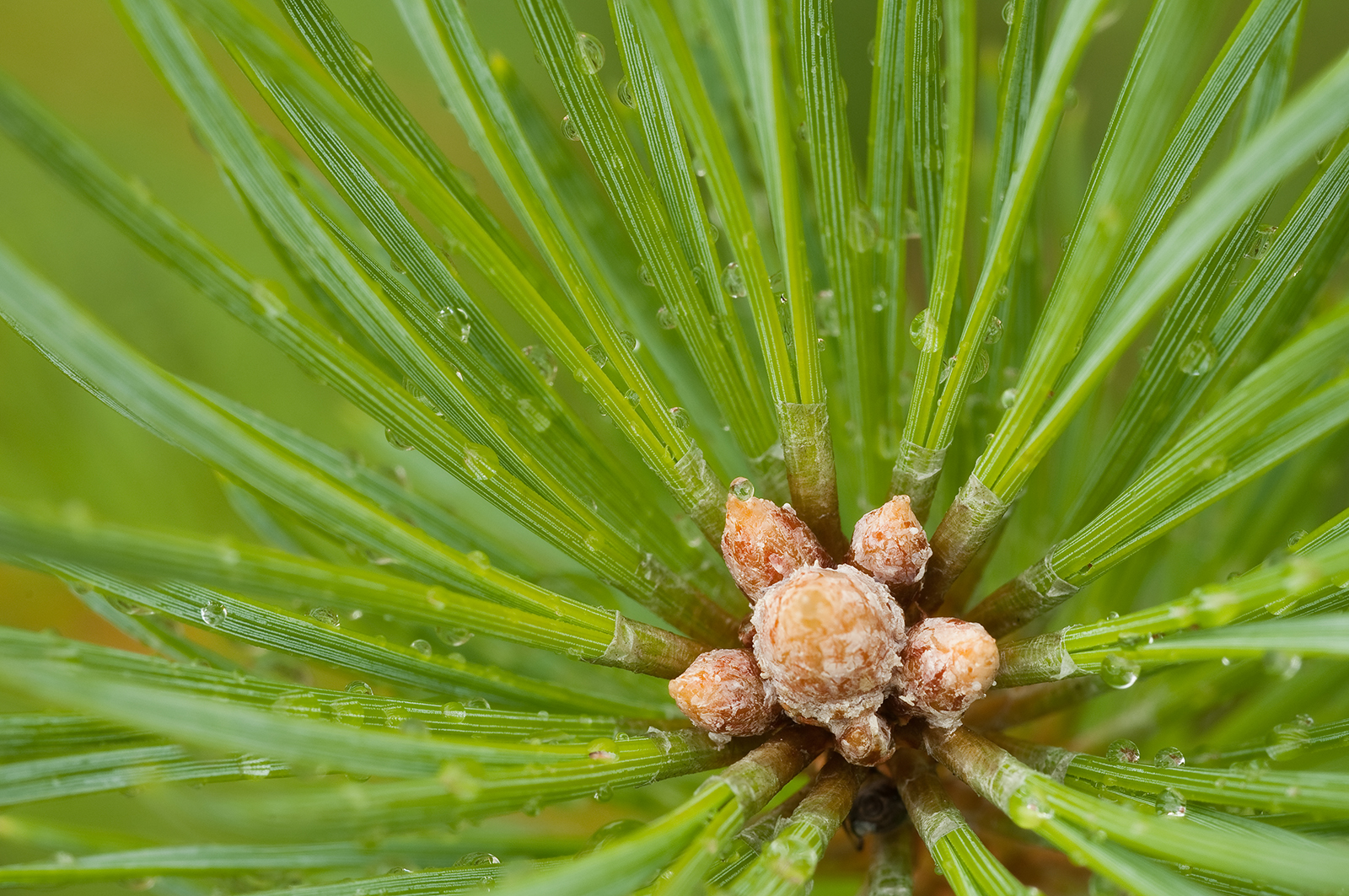 To a great extent, it is the history of our natural environment that explains why Finland and the Nordic countries have become the great powers of forestry.

Finland’s bedrock is truly ancient, for the most part 1,800–2,600 million years old. Th e history of organic nature, in contrast, is very short in the Nordic countries. As late as 20,000 years ago, all of Finland was covered by a continental ice layer with a thickness of several kilometres. As the ice melted 13,000–10,000 years ago, life returned to Finland from the east and the south-east, from areas that had been bare of ice throughout the ice Age.

The kilometres-thick continental ice depressed and deformed the bedrock. With the melting of ice, Earth’s crust began a rebound, a process that still continues. As the ice started to melt, most of presentday southern Finland remained submerged under a succession of ancient seas and lakes. The dunes, boulder fields and shelves on the ancient shores of what is now the Baltic Sea are visible today at the height of 200 metres on the hillsides of south-west Lapland and at about 100 metres on the slopes of the Salpausselkä ridge system in the south-east.

The ice Age – the moving continental ice mass, the events during its melting and the rebound – has had a considerable impact on both landscape and the conditions for forestry. The continental ice mass scraped down the bedrock and mixed the debris, consisting of diff erent types of rock, into homogeneous till. Rivers running underneath the glacier and in its crevasses heaped sand and gravel into eskers. Where a subglacial river flowed out into a lake or a sea, an extensive, sandy delta was formed. The fi nest matter transported by the rivers – clay and silt – settled on the bottom of lakes and seas.

The moving ice mass levelled the terrain and also created the systems of shallow lakes connected by rivers. As land areas were freed of ice, they first became covered by patches of vegetation, combining characteristics of both tundra and steppe.

The phase of open ground was, however, short, since the climate was warm and trees rapidly colonised the land emerging from under the ice. In the warm climate, hardwood trees, common hazel and black alder spread much farther inland than they are found today. In the driest areas, pine grew among the broadleaves, but spruce was scarce.

About 6,000 years ago, as the climate grew cooler, paludifi cation increased and spruce became more abundant. Spruce only reached the Åland islands around the beginning of the Common Era. Since then, in fact, the greatest changes to forest nature and landscape have been due to human activity. The first few attempts at agriculture may have started as early as 6,000 years ago, but it only became a signifi cant form of land use during the past two millennia. Hardwood trees lost ground due to the proliferation of spruce and paludifi cation, but just as importantly, to human activity.

Today, the eskers and ancient river deltas are covered by xeric pine forests. Mesic till is favoured by spruce. The clay and silt sediments, originally under water, have either turned into mires or been taken into agricultural use, or carry herb-rich forests.

Thanks to the many waterways, wood-processing industry could be located close to the timber resources, and timber could be fl oated downriver to the mills. The fl at terrain also made the construction of road and rail networks relatively easy.

The ice Age affected the conditions of Finnish forestry in another way, too. The past two million years have seen several ice Ages, causing the extinction of a number of tree species in Europe, including magnolia, redwoods, hemlocks and thujas. Owing to this weeding out, the number of tree species here is quite limited.

Since the topography has relatively little variation, the soil is homogeneous and there are few tree species, the conditions for plan-based and fi nancially viable forestry are good. We only have to compare this with forestry and harvesting at the other extremity of Finnish forests are under continuous change forest nature, in the Amazonian rain forest, where a single hectare may boast over a hundred different tree species. It is not by accident that Finland and the Nordic countries have become the great powers of forestry.

There are about 30 tree species in Finland, about ten of which are commonly found in most parts of the country. The only ones with financial significance are Scots pine, spruce, silver birch, downy birch and aspen, but the others are also valuable for biodiversity.

In many countries, especially those located in more temperate zones than Finland, the production of timber is based on imported tree species. In Finland and at least so far, forestry is based on indigenous species, and as long as this is the case, the majority of the species living in forests are safe. The only imported tree species with any silvicultural importance is larch. Its natural distribution area is close enough to Finland that its accompanying species are also found here. With the warming of the climate, spruce stands in southern Finland may be replaced with the American Douglas fir. Its ecology and accompanying species are very similar to those of spruce, and cultivating it to a moderate extent would not be likely to cause problems.

The article is from the book Cultivation and care – forestry and biodiversity. The book has been published by the Finnish Forest Association, which publishes forest.fi. The publication has received funding from Metsämiesten Säätiö Foundation and Marjatta ja Eino Kollin Säätiö Foundation.

• Forestry is based on indigenous tree species alone. As a result, the majority of the forest species in the country are safe.
• Forestry emulates natural processes, and various valuable natural habitats are spared. These include habitats deﬁ ned in the Forest Act: sites with exceptional features and decaying and hollow trees.
• The genetic diversity of forest tree species is good. Cloned seedlings are little used, and the share of trees from nurseries is small. Even in commercial forests, a minimum of four trees out of ﬁ ve have sprung up from natural seeds.
• There is more timber in the forests than ever within recorded history – that is, since the beginning of the 19th century. During the past 70 years, the growing stock has become stouter and the forests have grown older. The share of broadleaved trees of the growing stock has increased, and the amount of decaying wood in Southern Finland has taken an upward turn.
• In practically all of the country, forest owners can carry on proﬁ table forestry under world market conditions. When owners can derive an income from their forest, they will want to treat it well – which will also beneﬁ t nature. Where forests bring no ﬁ nancial beneﬁ t to their owners, they are wasted and destroyed.
• The conservation status of forest species would be a good deal worse if, in connection with clearcuttings, forest owners did not voluntarily leave ﬁ nancially valuable retention trees on the logging sites; after dying, these trees increase the amount of decaying wood in the forests.
• Nature management in commercial forests leads to eff ective and rapid results: the positive impact on biodiversity is generally seen immediately after nature management measures, and because these measures are in use in all commercial forests, covering 90 percent of Finnish forests, they also have a widespread eff ect.