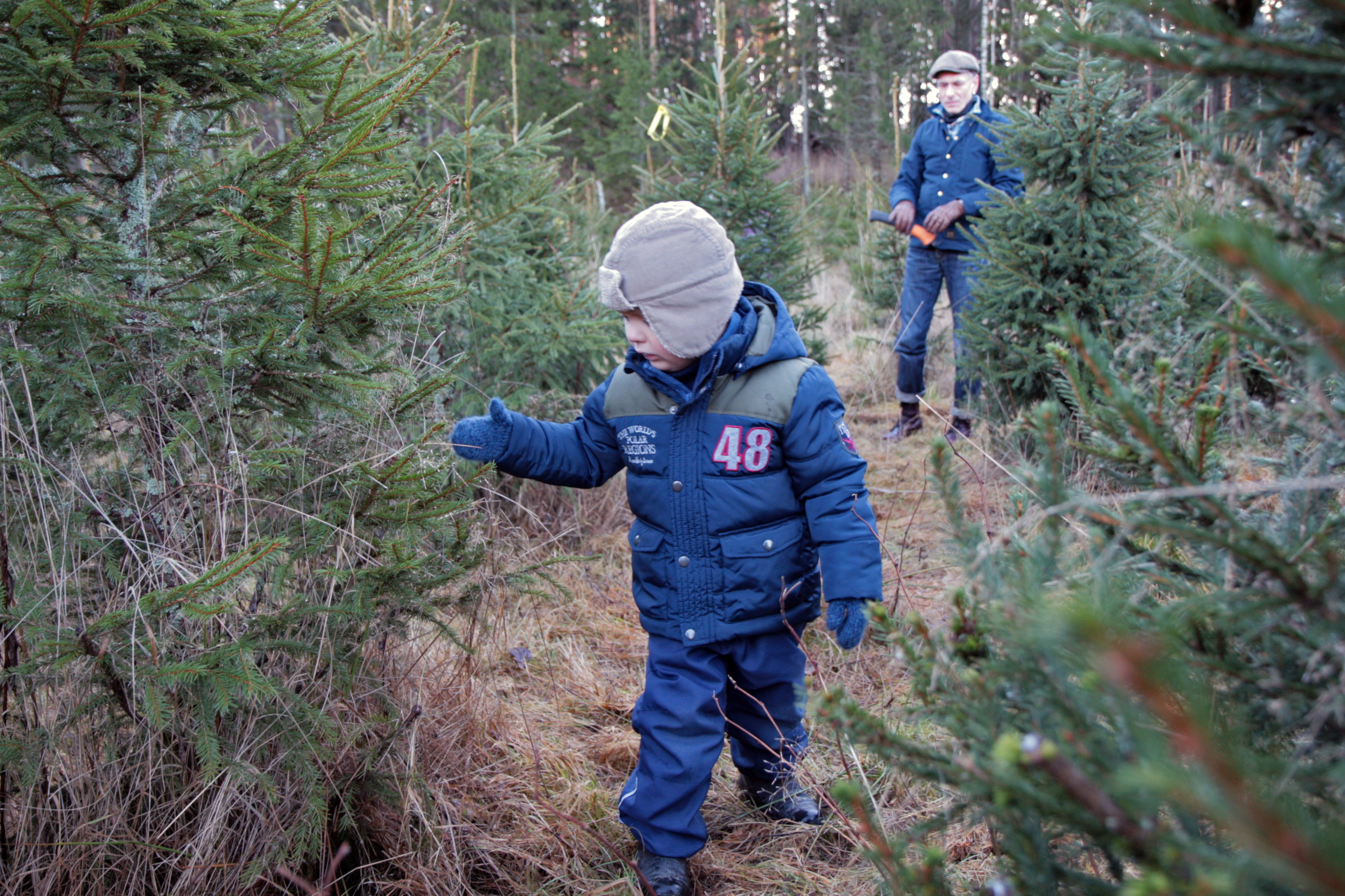 The last Sunday before Christmas, Thomas Wehde from Germany examined rows of Christmas trees on a field in the Fiskars village in Southern Finland. Since moving to Finland, he had learned that the Finnish Christmas tree is a lanky spruce suitable for thinning – and preferably found in a neighbour’s forest. However, the two-metre spruces in Fiskars were dense and perfectly cone-shaped.

“These two-to-three-metre trees are 7–10 years old. They have been trimmed each year, so that they grow denser and get a good shape,” tells Mr. Kalle Dönsberg. “They are sustainably grown and FSC-certified spruces.”

Dönsberg is a local adventure entrepreneur and Christmas tree farmer, who organizes Christmas tree safaris in Fiskars. In this case, the safari means travelling in the trailer of a tractor through the beautiful museum village.

Behind the hill, just next to an older stand, hundreds of young spruces grow in straight rows. The safari participants are allowed to choose and cut down their own Christmas tree.

After a lengthy consideration, Wehde and his three-year-old son Esko select a compact two-metre tree. Dönsberg hoists the tree as well as the boy back on to the trailer as if he had done it before. Back in the village, the loggers are given mulled wine and local deer sausage.

According to the Finnish Christmas Tree Association, there are an estimated 500 Christmas tree farmers in Finland. The trees are mostly domestic spruces, more exactly called Norway spruces (Picea abies). Over one million of them are sold every Christmas. About 300,000 trees are fetched from forests owned by the family or a neighbour.

According to Wehde, in Germany the species of the Christmas tree is very important. The most popular spruce species in Germany is the Nordmann fir (Abies nordmanniana).

The Nordmann fir is also imported to Finland from Denmark. According to a market study by Taloustutkimus, 150,000 imported Christmas trees are sold in Finland each year.

Many farms allow the customers themselves to cut the Christmas tree. Of course, it is also possible to order a Christmas tree online from home. In Lapland, Northern Ostrobothnia and Kainuu you can fetch your Christmas tree from a state-owned forest by buying a five-euro Christmas tree permit on your mobile phone.

Shortly before the holidays, many Forestry Management Associations organize a “Christmas tree caching”. Just as in geocaching, Christmas trees can be located using GPS coordinates given by the organizer. The first one to find any of the designated spruces can keep it as a reward.

How to take care of your Christmas tree