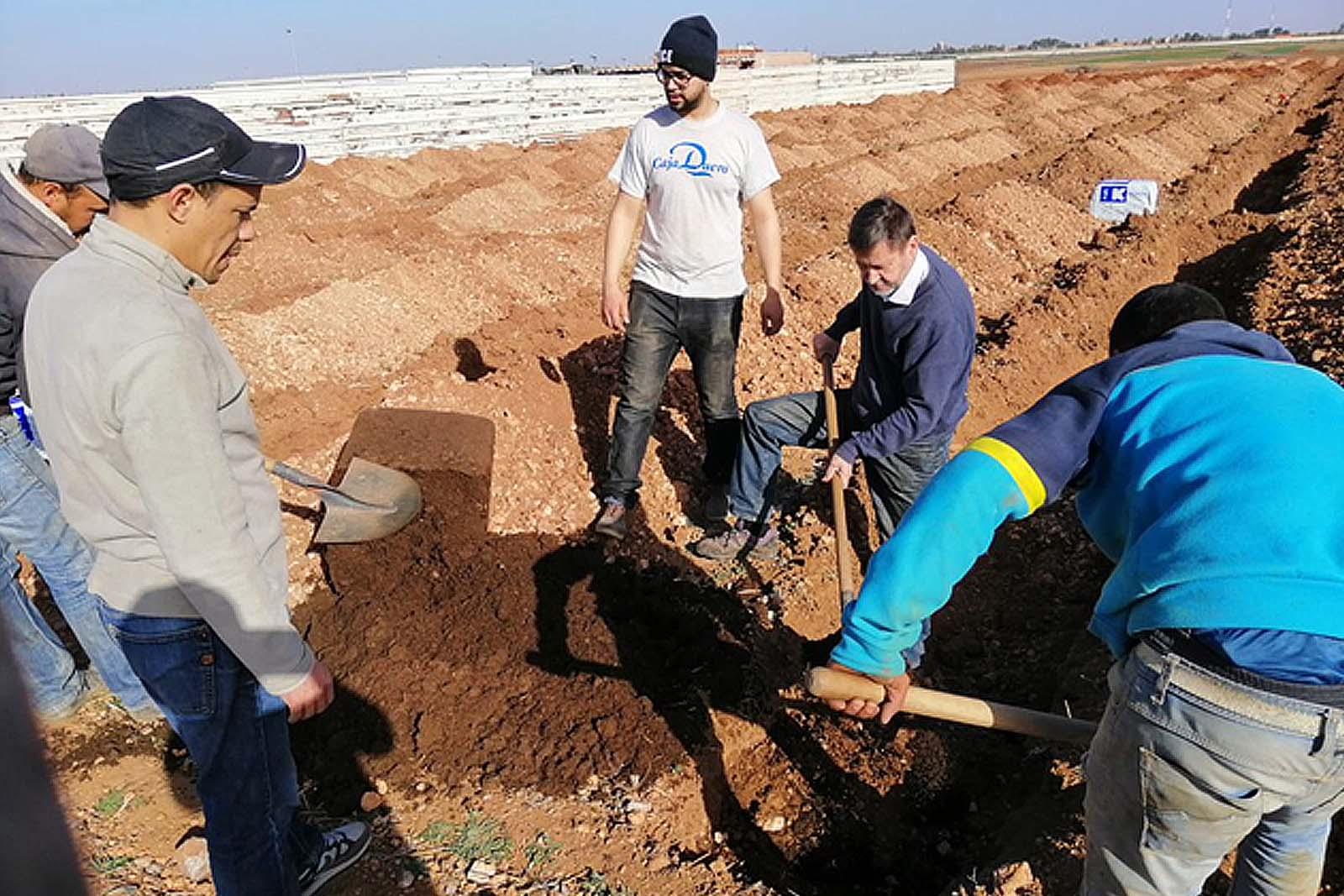 “The trees have grown and bound carbon relatively well, thanks to irrigation, even though the conditions are challenging. Without irrigation a high number of the trees could not survive,” is how Project Manager Anniina Lampinen sums up the preliminary results of the project by the Finnish energy company ST1 in an interview with Forest.fi

In October 2018, ST1 announced its project to afforest a part of Sahara, attracting great publicity. The project was designed to combat climate change, since afforestation increases carbon sequestering.

ST1 planned to plant 16,000 seedlings acquired in Morocco, on a four-hectare research site in Ben Guerir in the province of Rehamna.

The forestry expertise in the project was provided by Natural Resources Institute Finland (Luke). Research Professor Hannu Ilvesniemi at Luke says that in the end, about 5,000 trees were planted on two 2-hectare plots. He goes on to say that cooperation with the local participants worked well.

“The aim was to carry on more extensive afforestation, but that was prevented by the COVID-19 outbreak,” Ilvesniemi says.

(The story continues below photos.)

Seven species were chosen for the experiment, among them carob, eucalyptus and acacia. The seedlings were planted on two separate experimental plots in Morocco: in the experimental field of the Mohammed VI Polytechnic University in Ben Guerir and a field containing solid waste from phosphorus mining.

ST1 wanted to study the possibility of irrigation with sea water desalinated using solar  energy. The second option for irrigation water was local waste water. In the end, no irrigation system was constructed, and the plantations were watered with local groundwater.

“Sea water and particularly waste water are the options on larger-scale plantations. Our plots were so small that we did not build an irrigation system using water pipelined from waste water treatment, for example,” says Ilvesniemi.

The project is funded by ST1. The work input by Luke came on top of this sum.

The aim of ST1 and Luke was to study the potential of carbon sequestering in an area where natural afforestation does not occur.

“In terms of carbon sequestering, all the carbon bound here is additional. In other words, it would not have occurred naturally over time,” Anniina Lampinen points out.

ST1 promotes the idea that carbon sinks created by afforestation should be used to set up a system to combat climate change.

In terms of carbon sequestering, all the carbon bound here is additional.

Hannu Ilvesniemi concludes tentatively that with afforestation and carbon trading, carbon sequestering can be increased globally. This will require that the carbon trading system is developed so as to channel revenue from emission rights to offset the cost of afforestation.

A three-year project was naturally too short to find out everything. Anniina Lampinen considers that it would now be useful to study the optimization of irrigation on plantations.

“For example, to see what time of day or night or of the year water should be available for the best results. Plantation cultivation should also be tested on a larger scale,” Lampinen says.

Hannu Ilvesniemi thinks the Morocco project may still be continued. The aim is also to set up plots on a larger scale in different parts of Sahara.

Ilvesniemi mentions that he visited the Arab Emirates in March, to discuss a similar project with local actors. They also discussed the cultivation of agricultural crops in the same area.

’There is interest in this locally, but whether projects can actually be implemented  depends on a lot of different things,’ says Ilvesniemi.

Finns are not the only ones to implement projects of this type. The Great Green Wall project, managed by African actors, reports having planted 40 million trees in five different countries in the Sahel region.

Another project aiming to stop desertification and increase carbon sinks in Africa is the Trillion Trees Initiative.

Afforestation is not just about biology

Hannu Ilvesniemi says that besides matters related to biology, other issues also need to be resolved in afforestation projects.

“There are many challenges related to social conditions. Morocco, for example, has a nomad population. You need to find a way to reconcile afforestation with goat herding. You can’t just plant your trees and be happy ever after,” says Ilvesniemi.

Morocco, for example, has a nomad population. You need to find a way to reconcile afforestation with goat herding.

Anniina Lampinen describes the current project as a pilot study with the main purpose of seeing whether the trees would grow and thrive. Solving the financial requirements of future work requires further efforts.

“The business prospects are affected by many things that we need to look into”, Lampinen continues.

The final report of the afforestation project is expected to be completed within April.

The text was complemented on 29 April 2022 at 14.40, by taking the misleading information about the budget.

Read more: If the Sahara was green – energy sector executive plans to save the planet by afforestation