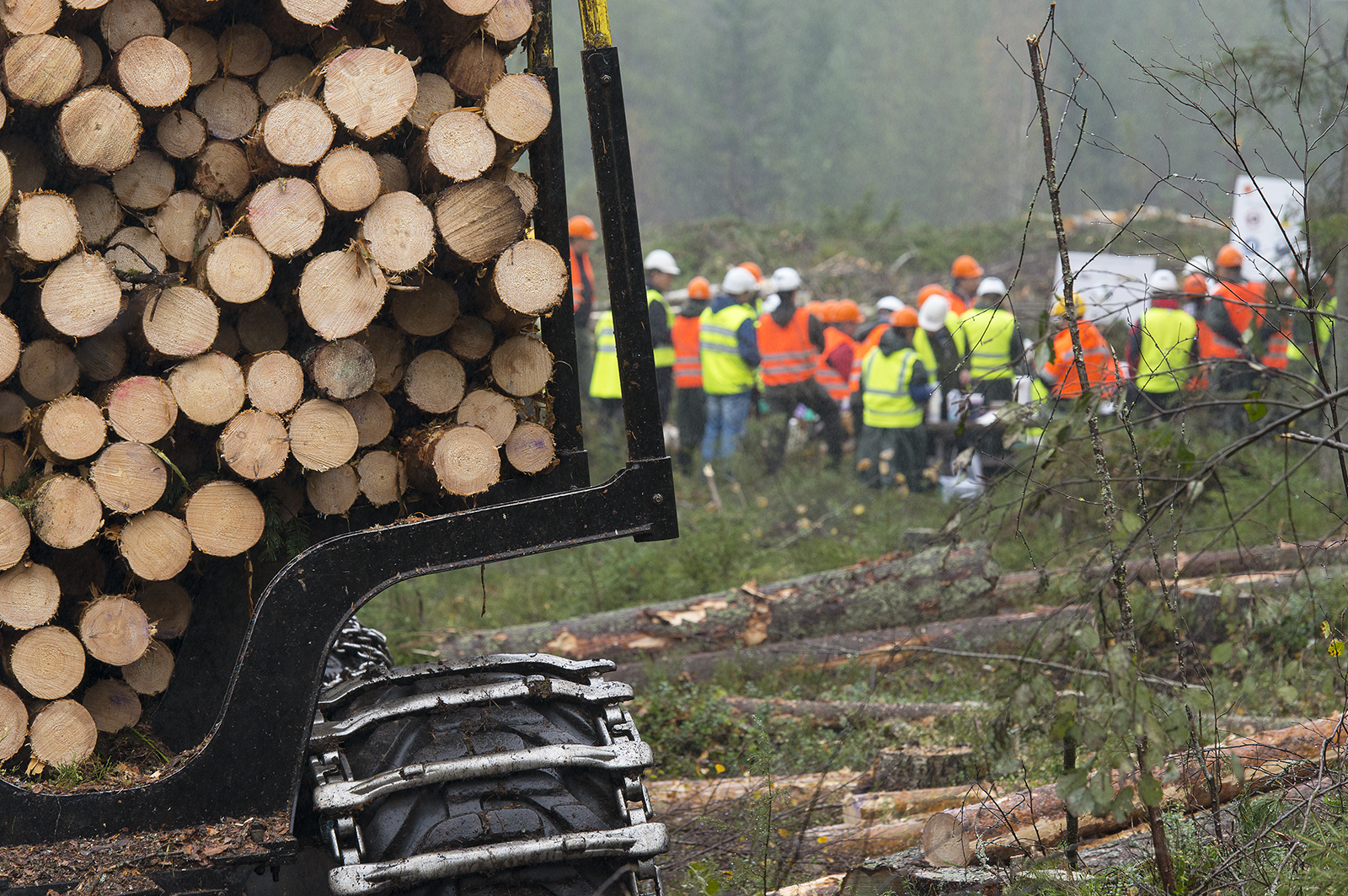 China is looking for solutions to opening up its forests to commercial use. Professor Guangzhe Liu brought his students to Joensuu, as he believes that expertise in sustainable forestry is strong in Finland.

In Joensuu, a three-month Masters programme was tailored to 24 forestry students from the Northwest Agriculture University, which is situated in Shaanxi province.

“This is a strong field of expertise for Finland. In addition to lectures, students visited companies and forests performing very practical exercises.

The training was coordinated by the Karelia University of Applied Sciences and organised in cooperation with the University of Eastern Finland and the Riveria Vocational College. 400 officials from India’s Forest Administration, among others, had previously been trained at Joensuu on short courses.

“Finland’s sustainable forestry, forest management, reforestation and advanced processing of timber into new forest-based products for the bio-economy made a great impression on the Chinese students,” says Paavo Pelkonen, professor emeritus and researcher at the University of Eastern Finland.

“The training was facilitated by the fact that the students were motivated and had been actively selected by their university for the Masters programme,” says Pelkonen.

Canada – a competitor of Finland in forestry training

Internationalisation and an increase in the number of foreign students are goals of the University of Eastern Finland. According to Pelkonen, there is great demand for Finnish forest expertise, so the training should be commercialised for the international training market.

Pelkonen says, however, that competition in the international training market is fierce. Universities in the United States, Canada and Great Britain have plenty of courses tailored to foreign students for which they charge fees.

“Our universities have traditionally not embraced the commercialisation of education, even though there would be a demand for it,” says Pelkonen.

“In forestry training, Finland’s greatest competitor is Canada from where the Chinese have so far bought most of their training. After the Joensuu training programme, there is every reason to believe that training cooperation with Chinese universities will continue.”

A Masters-level training programme was devised for the degree students from Northwest Agriculture University. In addition to forestry, the training programme also includes solutions for the sustainable use of timber such as wood construction.

“We put together a week-long programme on technology and architecture of wood construction, which was new for the students. We also had in mind the possibility to export wood construction expertise,” says Pelkonen.

“The training also increases the Chinese students’ knowledge of Finland in terms of export products and opportunities. Once these young people enter the Chinese labour market, they will know about Finnish forestry and its export products,” says Pelkonen.

According to Liu, the Chinese government encourages young students to become entrepreneurs after they graduate.

“We already have a situation in which it is very rare for students to go and work for the state. About 60–70% of graduates start jobs in industry and business, and some become independent entrepreneurs. Even my faculty has a course on how to establish your own business.”

“The teaching and experience gained in Finland has given the students new visions and perspectives on study. Once China focuses its forest education on planting trees and conserving forests, it will just be a short step to a forest-based bio-economy,” says Liu.

China opening the use of forests to refinement

China is currently looking for sustainable solutions to the commercial exploitation of forests. The demand for timber is great, but it is feared that enabling the commercial use of forests will lead to their over-exploitation. Pelkonen says that the Chinese desire to invest in the Finnish forest industry, for example in chemical pulp mills, can be explained by the wish to safeguard the supply of raw materials.

“Although China and India are afforesting their land more than all other countries in the world put together, their aim is not commercialisation but the prevention of environmental catastrophes,” says Pelkonen.

Professor Liu concurs that the forests extensively planted during the last three decades cannot be commercially exploited. Wood-based products, however, are promoting the aim of the Chinese government for a low-carbon economy and, according to Liu, are interesting for consumers. Particularly in massive cities with huge purchasing power like Beijing and Shanghai, there exists a desire to buy ecological, wood-based products, for example for the needs of construction.

“The use of wood is growing in construction, both in exteriors and interiors. Whereas previously boards just covered in wood veneer would be used, now there is a desire to make them of solid wood. It is seen as healthy and, on the market, wood products are also called green products,” says Liu.

“Normal people are also becoming aware of carbon issues. The low-carbon lifestyle is on the rise and we are encouraging it,” says Liu.

This article is part of the ‘Metsä vastaa’ (the forest answers) communication project of the Metsämiesten Säätiö Foundation, which is publishing topical speeches about sustainable forestry.