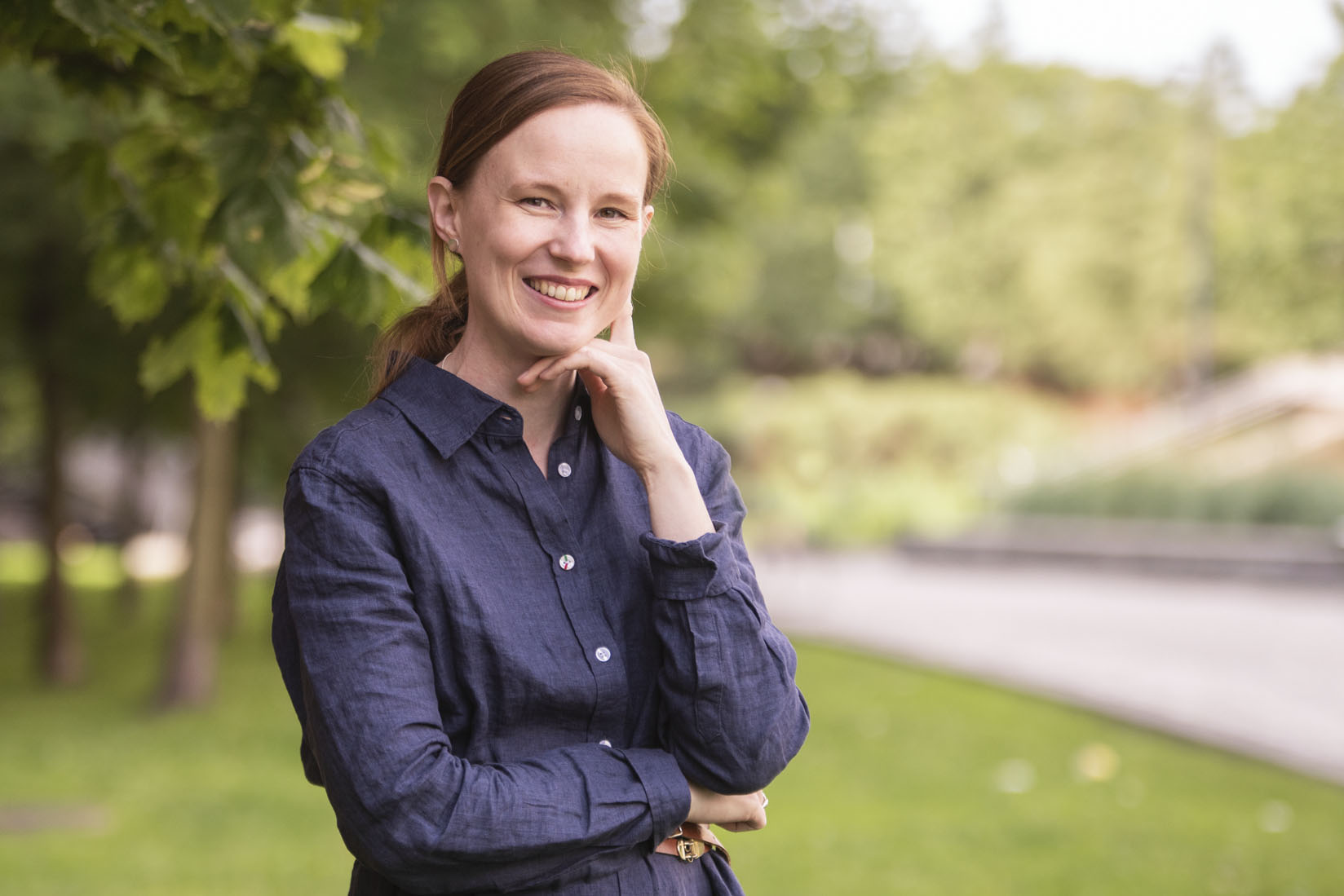 The impact of the Forest Foundation can be seen most clearly in the projects that we finance. When the funding is targeted well and the projects are successful, we can achieve a great deal more than you might expect from a two-person office”, says Martta Fredrikson, Managing Director of The Finnish Forest Foundation.

About one third of timber sellers in Finland pay a voluntary sales promotion fee in connection with timber deals, says Martta Fredrikson, recently appointed as Managing Director of the Finnish Forest Foundation.

As far as is known, this method of supporting the vitality of forest livelihoods is unique to Finland.

The fee is used for funding the Finnish Forest Foundation, which distributes grants for about EUR 1.5 million each year to support the Finnish forest sector, mainly through communication and research.

The fee size in stumpage sales is 0.2 percent and in sales at delivered price 0.1 percent of the value of the deal, though the minimum fee is always EUR 8. In a stumpage deal at EUR 100,000, the actual cost to the forest owner after allowable tax deductions is EUR 14.

Paying the fee is voluntary for the seller, and the buyer contributes with an equal sum. Both parties are strongly involved.

The seller and buyer both contribute with equal sums. When the forest owner decides to finance the activity of the Forest Foundation, the timber buyer also commits to paying the same sum to it. At the moment, about one seller in three pays the sales promotion fee.

’Paying the fee is voluntary for the seller, and the buyer contributes with an equal sum. Both parties are strongly involved,’says Fredrikson.

Fredrikson considers the most important task of the Foundation to be safeguarding the operating environment of Finnish forest livelihoods and promoting the use of forests and the sales of wood and wood-based products. The foundation also supports research in the field.

It may come as a surprise to many that the Finnish Forest Foundation was only set up in 1995.

’The Forest Foundation cannot boast a hundred years of history, unlike many other forest-sector actors in Finland,’ Fredrikson notes.

The use of forests in Finland faced tough challenges in the 1990s. Some of the criticism came from the market in Central Europe. One of the hot topics were the alleged fellings of primary forest. Support was needed in effectively conveying the message about Finnish forest know-how and sustainable use of forests.

’At that time getting the sector’s voice heard was felt to be important, as well as having a financer in the sector who would support communication from the sector as a whole,’ Fredrikson says.

The foundation was set up jointly by forest owners, the forest industry, Metsähallitus, the sawmill industry and other actors that gain their livelihood from forestry.

We’re currently revising our strategy with our board, and the details will be sorted out next autumn.

’With this broad range of background organizations, the message is strong. The impact of the Forest Foundation can be seen most clearly in the projects that we finance. When the funding is targeted well and the projects are successful, we can achieve a great deal more than you might expect from a two-person office,’ Fredrikson says.

Fredrikson would like to see the foundation’s visibility to increase as an influencer and an agent that can help develop the entire forest sector.

’We’re currently revising our strategy with our board, and the details will be sorted out next autumn,’ Fredrikson says.

’Our spectrum is broad and includes many different perspectives,’ says Fredrikson on being asked about her favourite projects.

’We’ve got two types of projects. Firstly, the long-term influencing work, such as the great brand Forest Academy for Decision Makers. That’s been going on for years and it’s also changed with the times. The participants have found it a valuable experience.’

First implemented in 1996, the Forest Academy for Decision Makers is an invitational course and discussion forum, with the purpose of increasing interaction between decision-makers and their interest in forest issues. The course is organized by the Finnish Forest Association, and in addition to the Finnish Forest Foundation, it receives funding from the Finnish Ministry of Agriculture and Forestry.

’Then there are the one-off projects, which can achieve a lot even with small sums,’ Fredrikson continues.

Some of the foundation grants go to school groups who need transport to forest excursions, with a forest professional guiding them and talking about their job.

’That’s an extremely pragmatic type of support  and it’s a big thing for the schoolchildren. These excursions provide many kinds of good memories,’ Fredrikson says.

Support to research and teaching

’A good example is the chair of wood material technology at Aalto University. The foundation co-financed it for the first five years, and since then it is wholly financed by Aalto University. Thanks to this professorship, there is research on wood construction and there are students who get interested in the topic and specialize in it,’ Fredrikson says.

’As for research, I should mention the extensive Suomalainen metsänomistaja 2020 [Finnish Forest Owner 2020] study, which is an extensive survey of the future prospects of forest livelihoods, above all from the perspective of the structure of forest ownership and forestry,’ Fredrikson says.

There is one regional project in the making about which Fredrikson admits she is particularly pleased. The Finnish Forest Museum Lusto will be renovated using innovative renovation solutions in wood construction.

The Forest Foundation will start a targeted fundraising campaign for Lusto in South Savo and in North and South Karelia. The kick-off of the one-year campaign will be in October. Fredrikson reports that all timber buyers and forest owners are involved in organizing the campaign.

’Regional fundraising campaigns have been particularly popular and successful, perhaps because they make the foundation’s work visible in practice and bring it close to forest owners who are thinking about the sales promotion fee, and also to the timber buyers,’ Fredrikson says.

Computer game that shot into fame

Fredrikson is pleased to say that the foundation has sometimes been ahead of its time/times, as in the case of the Hiiidenportti [Troll’s Gate] web game for schoolchildren, which was financed in the early 2000s. This adventure game set in a forest was praised by critics.

The Finnish Forest Foundation has had the great idea of commissioning a web game, and contrary to what might be expected, the end result is not to be sneezed at, wrote the Mikrobitti magazine in 2001.

The fantasy forest was alive with over a hundred characters. The story was a combination of fact and fantasy, Finnish forestry, folklore and science fiction.

We have the potential to finance new things, and don’t always have to resort to old ways.

’People still ask about the game and want to know if it could be accessible in some form. Sadly, it belongs to a bygone era. It was a success story of the early stages of web gaming. So we have the potential to finance new things, and don’t always have to resort to old ways,’ Fredrikson explains.

What is currently in the works is a free mobile game for primary school children, called Pocket Forest. In this game, the player is rewarded for visiting a forest, being physically active and identifying tree species. The players manage a forest and either sell the timber or process it into products.

’The first version of Pocket Forest will be available for testing in the autumn. It’s going to be really something,’ Fredrikson says.