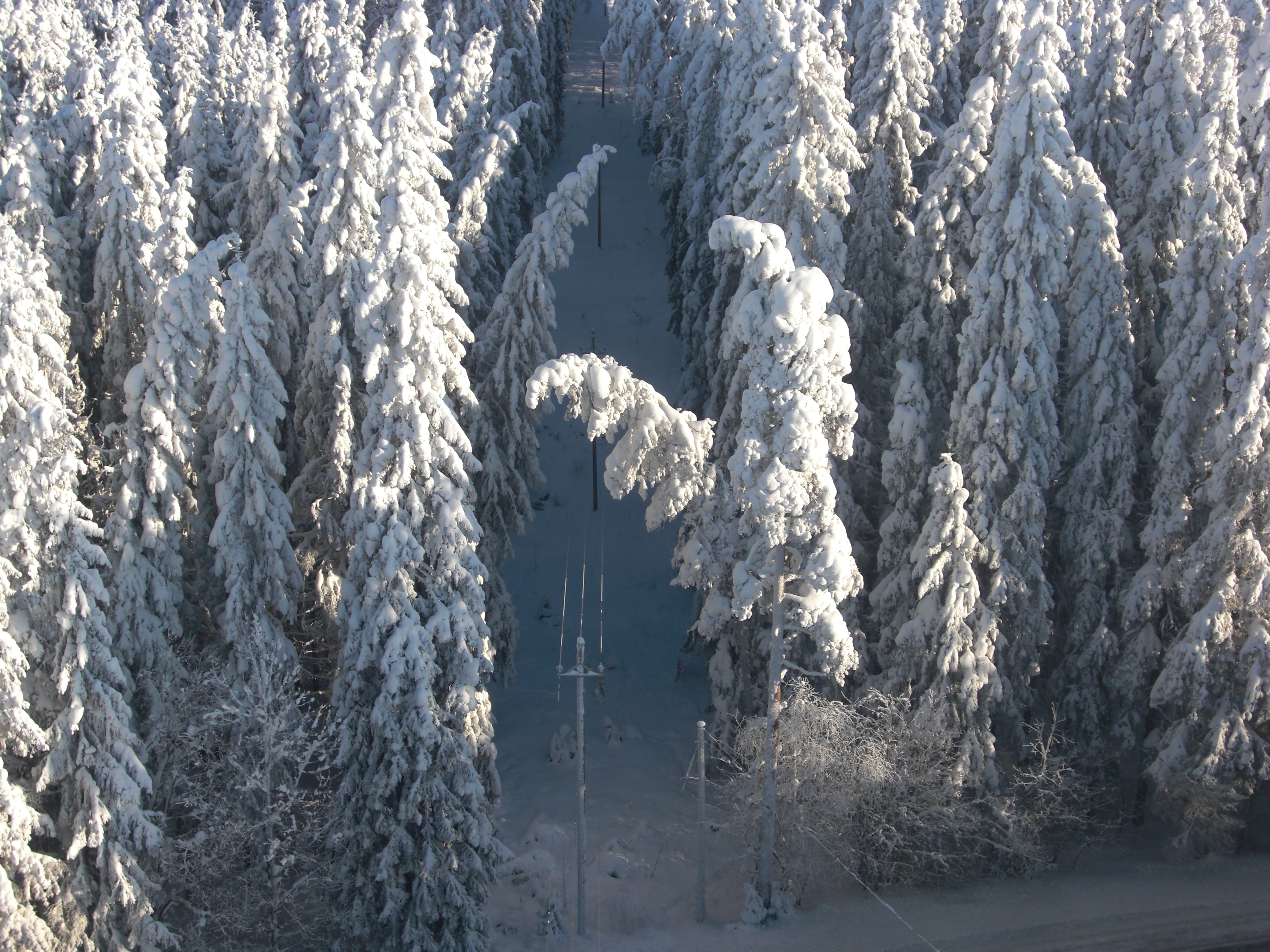 Power lines in air cause problems in winter, when snow bends the trees over the lines. Photo: Elenia

Due to the damages caused by stroms for power lines, electricity companies are moving the lines underneath or along roadsides. This releases 100,000 hectares earth surface to be forested during the next decade.

During the last decades the forest area of Finland has slowly decreased. This is mainly due to the clearance of forest to agricultural fields. A certain share of forests has also been changed due to expanding construction purposes nad infrastructure.

The forest area has decreased by some 13,000 hectares annually in 2011–15. Of this, a third is utilized in agriculture, roughly third in construction, such as housing, traffic network, power lines and mining.

Other changes have taken place due to peat production and change of forest to wetlands. During the latest years, change for construction has decreased and for agricultural purposes increased.

Construction of new cable lines by the electricity companies is intensive, because their compensation obligations in case of power cuts due to stroms, for example, have increased. Compensations are paid already today. The terms for the companies will be tightened towards the end of 2028, according to the newspaper Maaseudun Tulevaisuus.

Forest increment grows by half a million cubic metres annually

Estimates of forest growth and development of forest area in Finland have not taken into consideration the land area released under the power lines to be dismantled. The amounts may be surprising: for example, a 20 kilovolt line is 20 metres wide. This requires a land area of two hectares for each line kilometre.

On average, the width of the released land area will be at least ten metres. According to the 11th National Forest Inventory, the land area under power lines is 118,000 hectares altogether.

If the forest grows five cubic metres per hectare annually, the increment of Finnish forests will grow by half a million cubic metres, which amounts to the raw wood utilised by one large sawmill. This will change the estimates of the carbon sink in Finnish forests towards more positive as well.

The current total growth of Finnish forests is around 110 million cubic metres annually.

The growth of forest area due to the dismantling of power lines will be seen in forest inventories as the dismantling work progresses and increased forest growth on the areas in question takes place. The harvesting possibilities will not increase significantly until 2050s, but then the additional harvesting levels may amount to even hundreds of thousands of cubic metres annually.