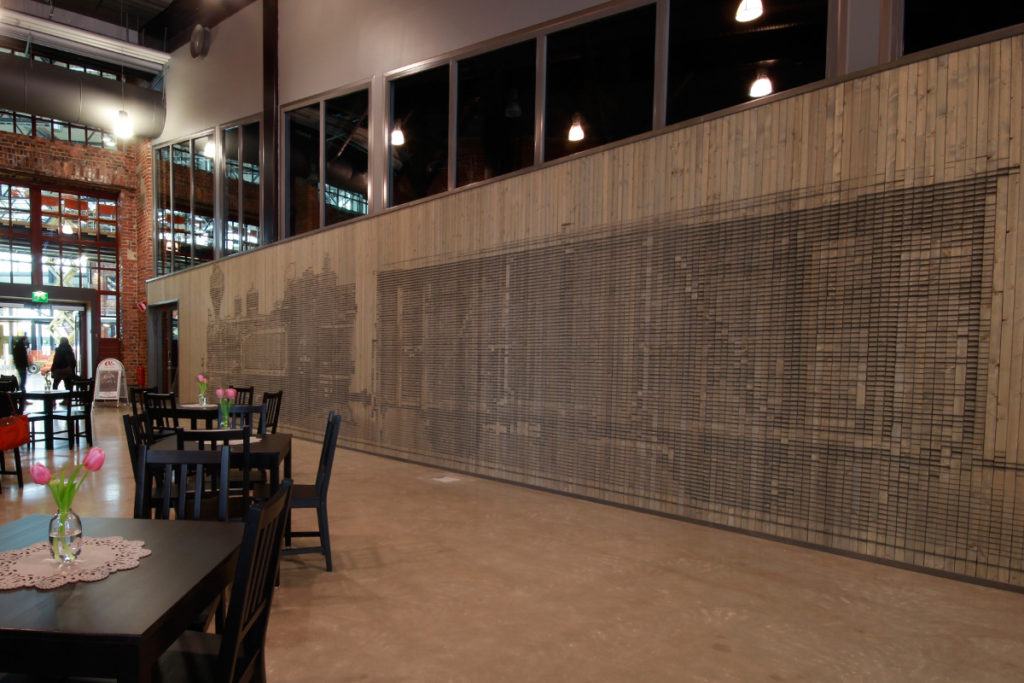 Jukola Industries from Central Finland has developed a technology, by which one can create a three-dimensional cut layer for timber surfaces according to any design. The size of the surface does not set any limits either.

The technology enables one to create motifs from photographs, various figures or ornaments or, for example, from hieroglyphs. As an example, at Pieksämäen Veturitallit, a tourist centre concentrated on old locomotives, a 30 metre broad picture of an old locomotive has been created with this technology.

According to Jukola Industries, the technology is suited not only for private enterprises or companies or public buildings but also for ordinary citizens, designers, architects as well as for construction industries.

The three-dimensional timber surface created by Jukola Industries can be seen in the altarpiece of the chapel in the water tower of Pieksämäen Veturitallit, as well as in Pauhu pavillion in Tampere, Finland. Further presentations of the techonolgy were shown at the Housing Fair Finland in 2016 as well.