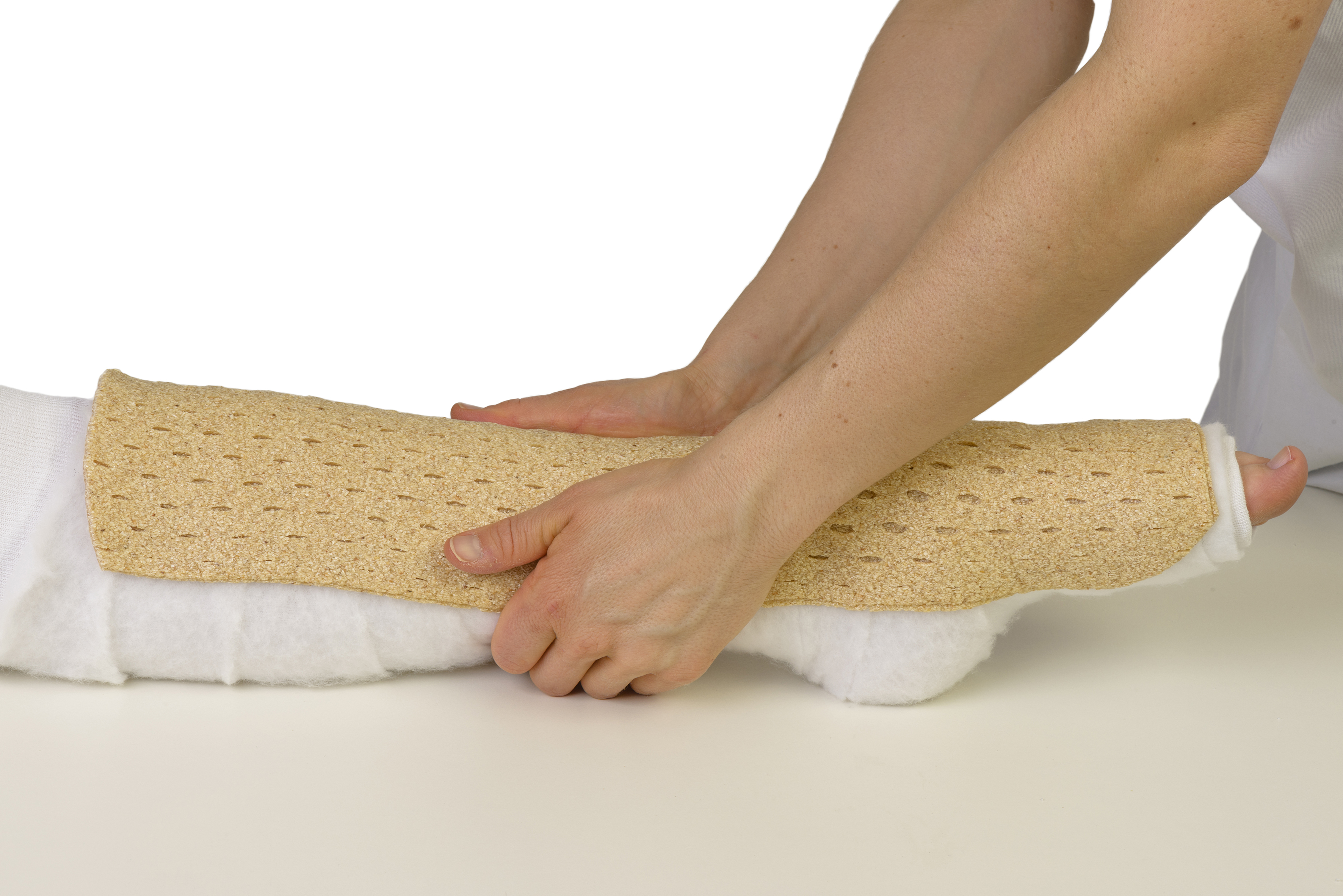 One of the first products of the new forest bioeconomy was the Woodcast splinting material, which has been taken into use in a large number of hospitals, for instance. The product is a good example of how to create more value in the forest-based production networks: its main raw material wood chips that would otherwise be used in production of lower value, and it is a very high value product with a global demand. Photo: Onbone Oy

Woodcast is a fabric-like material made from woodchips and biodegradable polymer. It is used to splint injured bodyparta, as a substitute for castings. Using Woodcast starts by heating it up, after which is formed around the injured bodyparts. After ten to fifteen minutes  the fabric hardens around the bodypart.

Woodcast does not need to be removed during radiography. It can be formed in such a way that it can be taken off when showering for instance. Afterwards ir can be attached again with brackets. Woodcast is non toxic and it can be reformed and used several times.

Chips used in Woodcast are mainly from Finnish aspen or spruce. Woodchips must be certified according to medical purposes.

The fabric is produced by fine-chipping the wood. Then the chip mass is heated up, spores from cryptogams are removed and it is combined with bioplastic. Woodcast is produced in one, two or four millimetres thicknesses and it is used in hobbies crafting as well.

Woodcast can be burned to bioenergy after use, or it can be disposed of as compostable waste.

Article in Prosthetics and Orthotics International