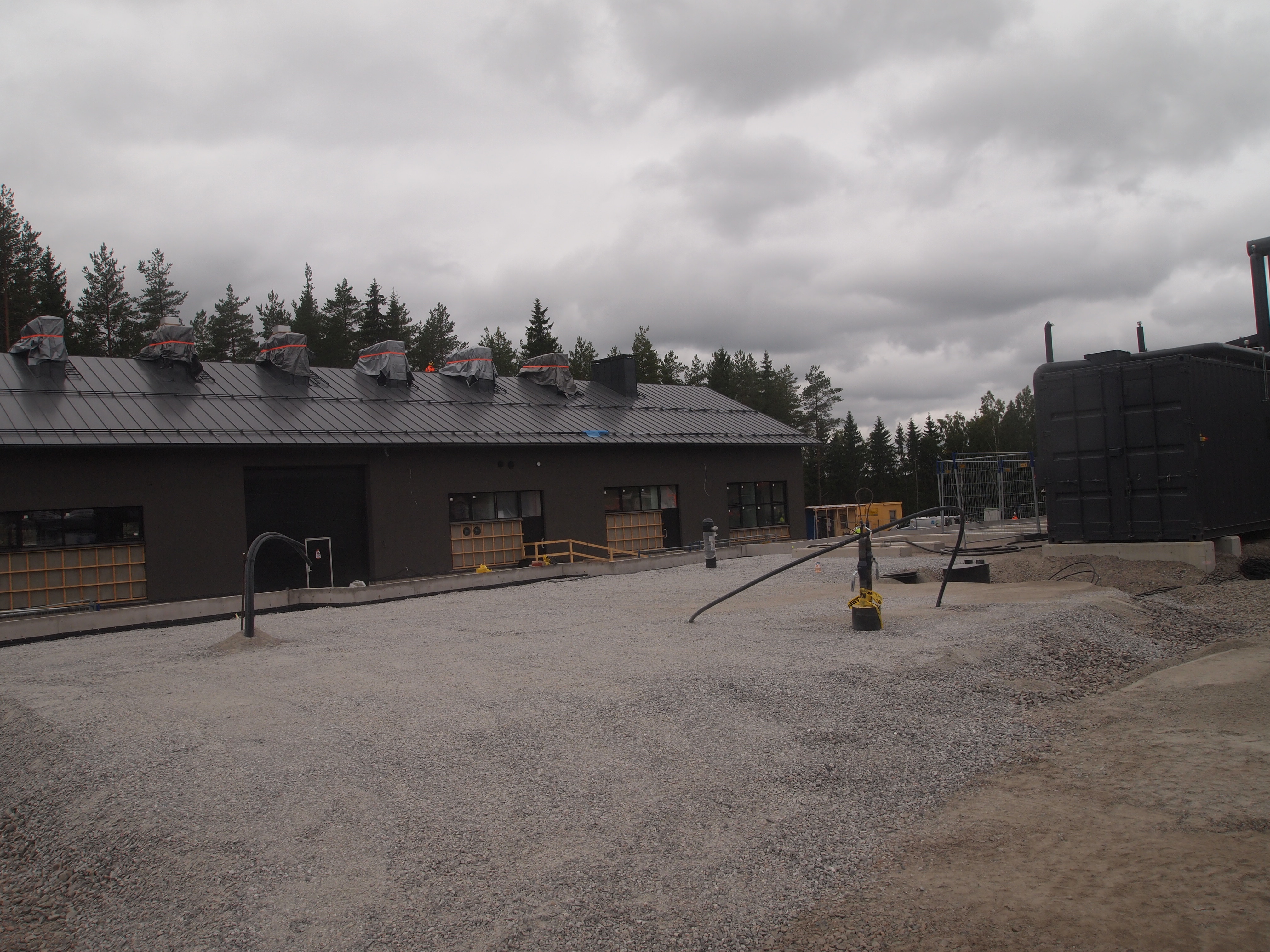 The owner of the reactor, Qvidja Kraft company, thinks that putrefaction combined with the reactor is a very good way to produce energy to be reserved. This in turn is a prerequisite for an energy system depending on renewable energy produced from wind or photovoltaics. Because it increases the yield of biogas, it is decisively more profitable than its predecessors.

In addition to this, the reactor produces carbon neutral fertilizer.

Initially the idea of the reactor was invented in the Natural Resources Institute Finland. The researchers pondered, how to move the reaction working in the oxygenless conditions inside the marsh to a reactor. They managed to do it – perhaps as the first ones in the world.

Biogas is a metabolite of the marsh microbes living in the reactor. The microbes really were literally dug digged from the marsh close to the research station of the Institute.

Ilkka Herlin from Qvidja Kraft believes that the reactor has global market opportunities. Small size is its advantage, the optimal size obviously being the one that is tested in Qvidja: a two metre high cylinder with a diameter of half a metre.

”This could be the basic module, and the capacity would be increased by just adding the number of the reactors, since scaling the reactor up does not bring much additional advantages,” says Herlin.

As to sales opportunities, the expectations are big. According to Herlin, the cash flow of Qvidja Kraft will be positive within two years and return on investment will be satisfactory within five years.

In the reactor, carbon dioxide is transformed to biogas with the help of hydrogen, which in turn is produced by electrolysis from water. This needs electricity, which is produced by wind or photovoltaics.

The reaction in the reactor is called Sabatier reaction, which consumes hydrogen and carbon dioxide: CO2+ 4H2 -> CH4 + 2H2O. It produces biogas (methane, CH4) and water but not oxygen – the microbes do not tolerate oxygen.

This reaction can be created in high pressure and temperature by, for example, a nickel catalyst. However, the microbes are able to create the reaction in significantly lower temperatures with the help of entzymes.

The reaction also produces heat, of which the microbes utilise 17 percent in their growth.

Qvidja is an experimental farm of agriculture and forestry increasing carbon sequestration and biodiversity. Increasing carbon storages by photosynthesis both on the agricultural fields and in the forests is emphasized in the activities of the farm.