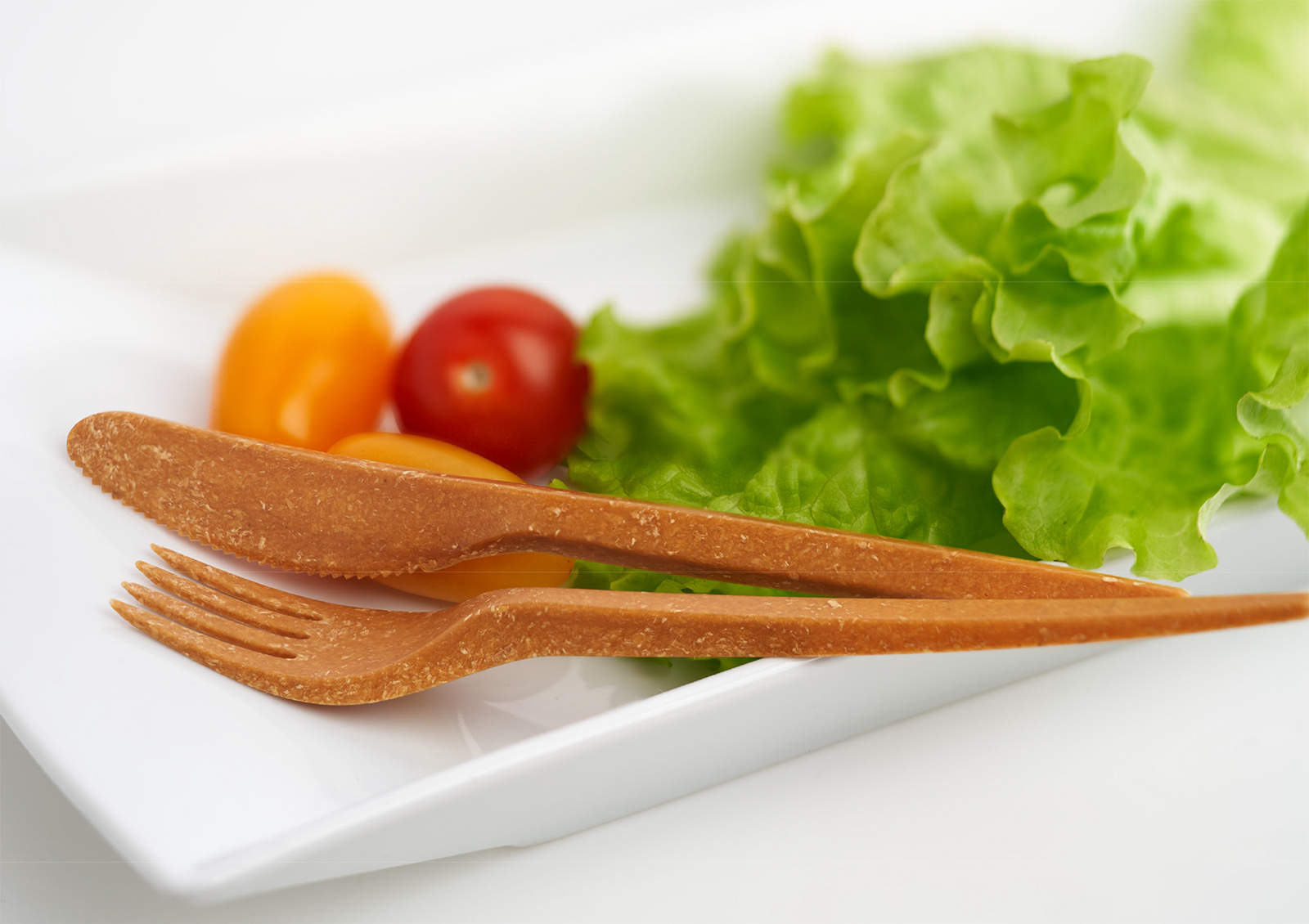 Since January 2020, Akvila Cutlery in Outokumpu, eastern Finland, has been manufacturing fully wood-based cutlery from a biocomposite produced by UPM. The material replaces fossil plastics such as polystyrene, which is widely used in manufacturing single-use cutlery.

With a long history of manufacturing plastics products, Akvila started to develop bio-based, reusable cutlery in 2017. The first version was launched last year.

The feedstock was a biomaterial developed by Stora Enso, and the collaboration continues,’ says Sales Director Petteri Vilkman from Akvila.

The next version was launched earlier this year. The new feedstock is a biocomposite from UPM, almost completely based on renewable raw materials.

The material is suitable for food contact items such as cutlery. Cutlery made from it can be machine washed and withstands temperatures of over 100 degrees Centigrade. It can be recycled with plastic waste or used in bioenergy production.

Akvila knows its feedstock is unique even on the world scale. ’The carbon footprint of our Nature Line cutlery is over 90 percent smaller than that of single-use plastic cutlery,’ says Vilkman.

Kuvateksti
Wood-based, machine-washable, reusable cutlery is made of renewable residues from the forest industry. Photo: UPM.