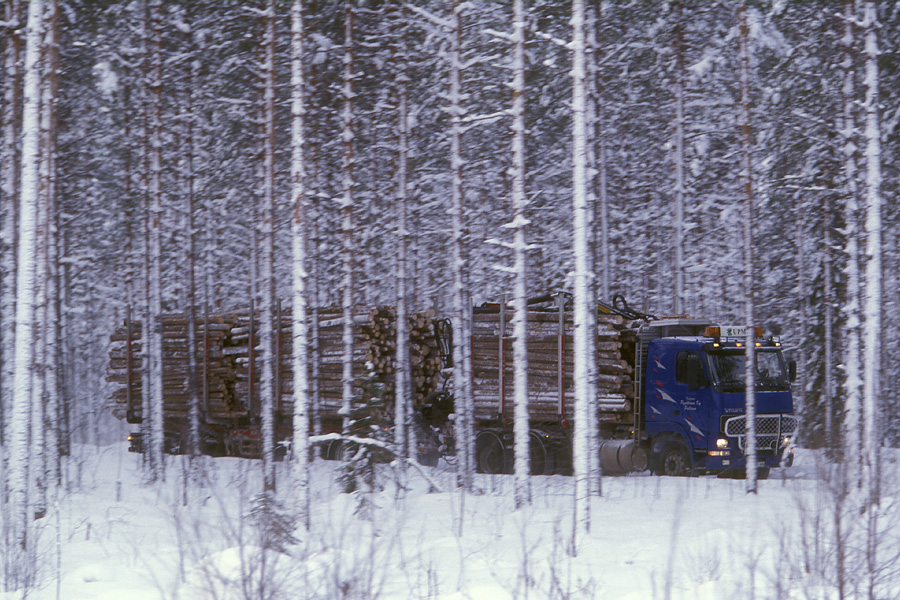 The difference between the gross and net exports of the Finnish forest industry is small. The industry’s share of Finnish exports has decreased clearly in the 2000s.

The forest industry’s share of Finnish exports has decreased from being almost a quarter at the turn of the millennium to only 15 percent in 2010. Against this, it is often claimed that in reality, the positive impact of the branch on the national economy is greater than this.

The claim is based on the fact that the forest industry purchases many of its inputs – and especially its raw wood material – from Finland. This is true, though not quite to the extent often imagined.

The figure used to indicate the share of total exports of any branch of industry is usually its gross exports. This means that the value of raw materials and other inputs purchased from abroad is not deducted from the value of the exports.

Take, for example, the fuel-producing industries and its share of Finnish exports. Normally, the value of raw materials imported for fuel production is not deducted from the value of exports, although the entire production of liquid transport fuels relies on imported crude oil.

This means that a significant part of the revenue from the exports in this branch immediately returns abroad, as new raw material is purchased.

Difference between gross and net decreases

Thus, the greater the difference between the two, the greater also the share of export revenues remaining in the home country. On the other hand, if the share of net exports is small in comparison to gross exports, the implication is that the money gained will soon find its way back across the border, as it is used to purchase raw materials and inputs needed for continued production.

As regards the forest industries in Finland, the difference between its gross and net exports is not as great as is often believed. What is more, it has decreased during the 2000s.

In 2000, the difference was nearly five percentage points, but by 2010 it had decreased to less than two. A partial explanation may be that the prices of chemicals used by the forest industries have increased in the 2000s; chemicals are mostly purchased from abroad.

However, the difference between the gross and net exports of the Finnish forest industry is in the ”right” direction. In the electric and optical industries, for example, the difference is about the same, but the share of gross exports is greater, which means that the production in this branch of industry relies more heavily on imported inputs.

Both proportionately and absolutely, the difference between the gross and net exports of the fuel-producing industries is the largest in Finland: the share of gross exports in 2010 was over five percent, while the share of net exports was less than two.