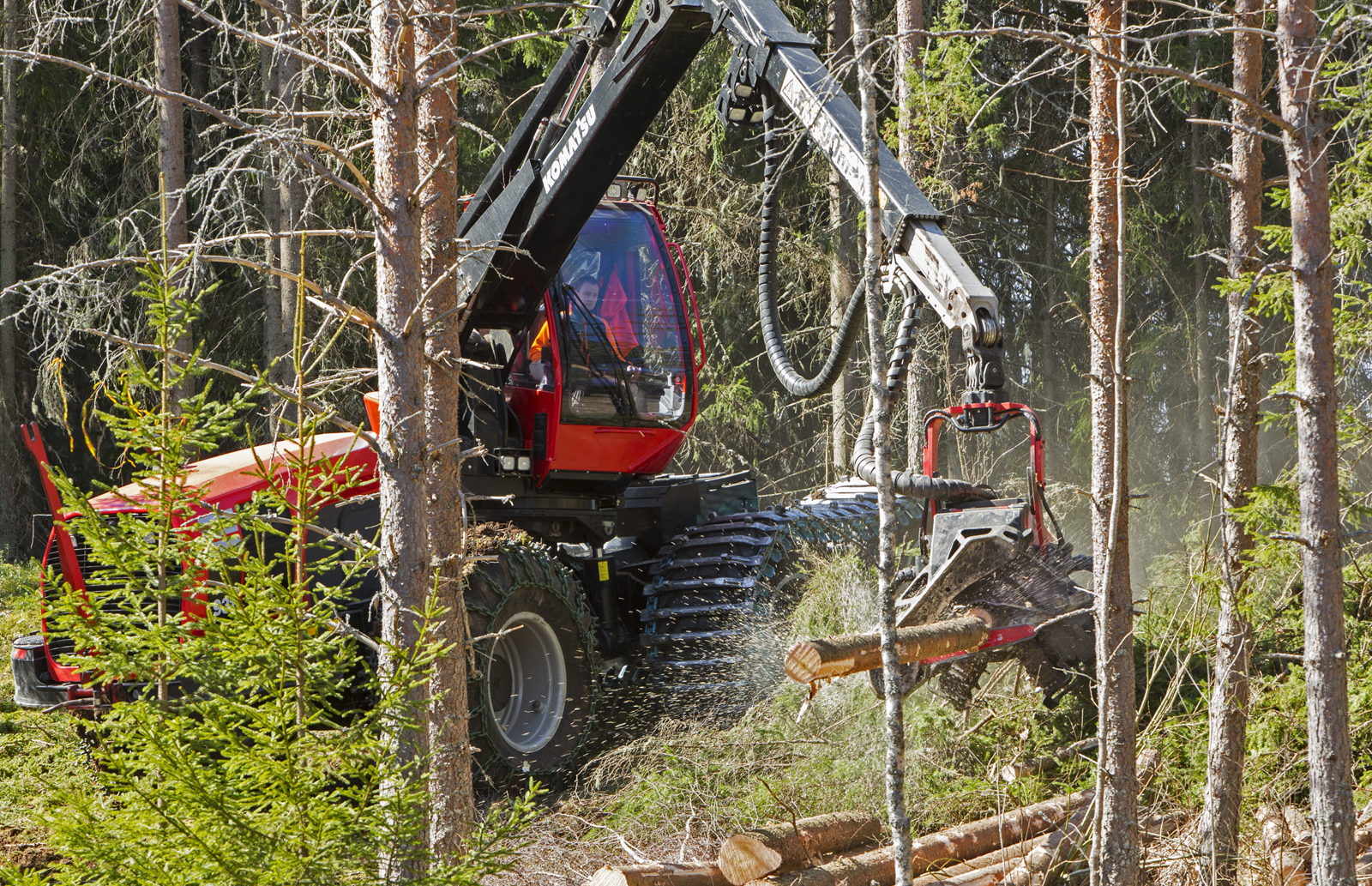 Almost 70 percent of the family forest owners felt that the growing methods in Finnish forests were good. Photo: Erkki Oksanen

Forest owners would like to see the end of the debate on clear-cut fellings and continuous-cover silviculture. Family forest owners favour free-choice forestry, where the choice of forestry operations depends on the characteristics of the soil and timber stock on the site and on the owner’s preferred objectives.

The recent survey Metsänomistaja 2020 [Forest Owner 2020] reveals that family forest owners in Finland do not unambiguously favour any one method of silviculture. Almost half of the respondents reported that they use both growing methods. Clear-cutting was the only method used by 32 percent, while 14 percent only used the continuous-cover method.

Forest owners’ opinions do matter, since more than one in every ten Finns are forest owners. Family ownership of forests is the foundation of the Finnish forest sector.

The researchers behind the survey were surprised to see that, in comparison to previous surveys, the share of Finnish forest owners who place great value on financial security and revenue potential is increasing. In connection with the publication of the survey results, Sauli Brander, SVP at UPM Forest, said that this was something one could not have concluded on the basis of the mainstream debate in Finland, since the forest owners seen in the media are almost exclusively protection-oriented.

Elina Saari from the Päijänne Forest Management Association concurred with Brander: the mainstream media creates a confrontational set-up that does not correspond to reality.

Thirty-six percent of the survey respondents felt that clear-cutting was more useful than continuous-cover, while 28 percent were of the opposite opinion and would like to restrict clear-cutting.

Yet the majority of the respondents, or 37 percent, use their forests in multiple ways, appreciating the positive aspects of clear-cutting while also understanding the benefits of continuous-cover.

As regards Finnish forestry in general, almost 70 percent of the respondents felt that the growing methods in Finnish forests were good; only one tenth had a negative opinion on this.

Most recent Forest Act is appreciated

Comparisons between the different methods of silviculture have been a hot topic of debate in Finland for years, even after the choice between the two methods was made easier with the Forest Act of 2014. The new act specified what is required of continuous-cover silviculture, and it provides a better basis than before for adopting this method.

In the opinion of Elina Saari, forest owners are pleased with the change. ’When advising forest owners, we do not invariably mention the possibility of continuous-cover, nor is there any reason to if, for example, the structure of the stock would necessitate a period of transfer of several decades,’ says Saari.

The survey shows that forest owners consider themselves to be well aware of the options available in forest management. It seems therefore that all options have been sufficiently covered in advisory activity.

Family-owned forests in Finland produce about 80 percent of the timber needed in industry. Contrary to many other countries, family forest ownership in Finland is also profitable: the average annual revenue per hectare has long been over EUR 100, and in recent years it has been several dozen euros more.

One method does not suit all forests

The continuous-cover method demanded by those critical of current forestry methods means either the removal of the largest, log-size trees or making fellings small enough that the remaining canopy still produces a more or less unbroken shade.

The purpose of continuous-cover silviculture is to have the forest regenerate itself naturally, while clear-cutting requires that a new stand is either sown or planted.

The choice between the different methods is affected by the vegetation zone. Compared to Central Europe, for example, use of the continuous-cover method is more complicated in boreal forests.

Years that produce a good crop of seeds are rare in the north, and the humus layer is extremely thick. The emergence of new seedlings is more uncertain than further south. In contrast, the vegetation zones further south have a thinner layer of humus, making clear-cutting more risky than in the north.

The natural regeneration used in continuous-cover silviculture also requires tree species that thrive in shade. The only such species in Finland is the spruce, whereas in Central Europe there are several.

The Forest Owner 2020 survey dismantles a number of myths related to family forest ownership. It shows that more and more forest owners live in urban areas, but that the change is much less rapid than has been thought. Contrary to assumptions, urban or young forest owners are even more willing to fell their forests than older ones or those living in the country. Another finding is that women are no less willing to carry out fellings than men.

Finnish forest owners have a relatively high level of education and, even though the average age of forest owners continues to increase, this is a trend which will change in the future.

’As to when precisely, I wouldn’t like to say. But you can make this conclusion because the share of the youngest age groups among forest owners has stopped decreasing,’ says Heimo Karppinen, a researcher at the University of Helsinki.

According to the survey, fellings were relatively more common on small forest holdings than on large ones, even though timber deals concluded by large holdings were more substantial – which does not necessarily mean that individual felling sites on large holdings would be larger.

The bodies involved in the Forest Owner 2020 study were the University of Helsinki, Natural Resources Institute Finland and Pellervo Economic Research PTT. The research is funded by the Finnish Forest Foundation, the Metsämiesten Säätiö Foundation and the Ministry of Agriculture and Forestry.