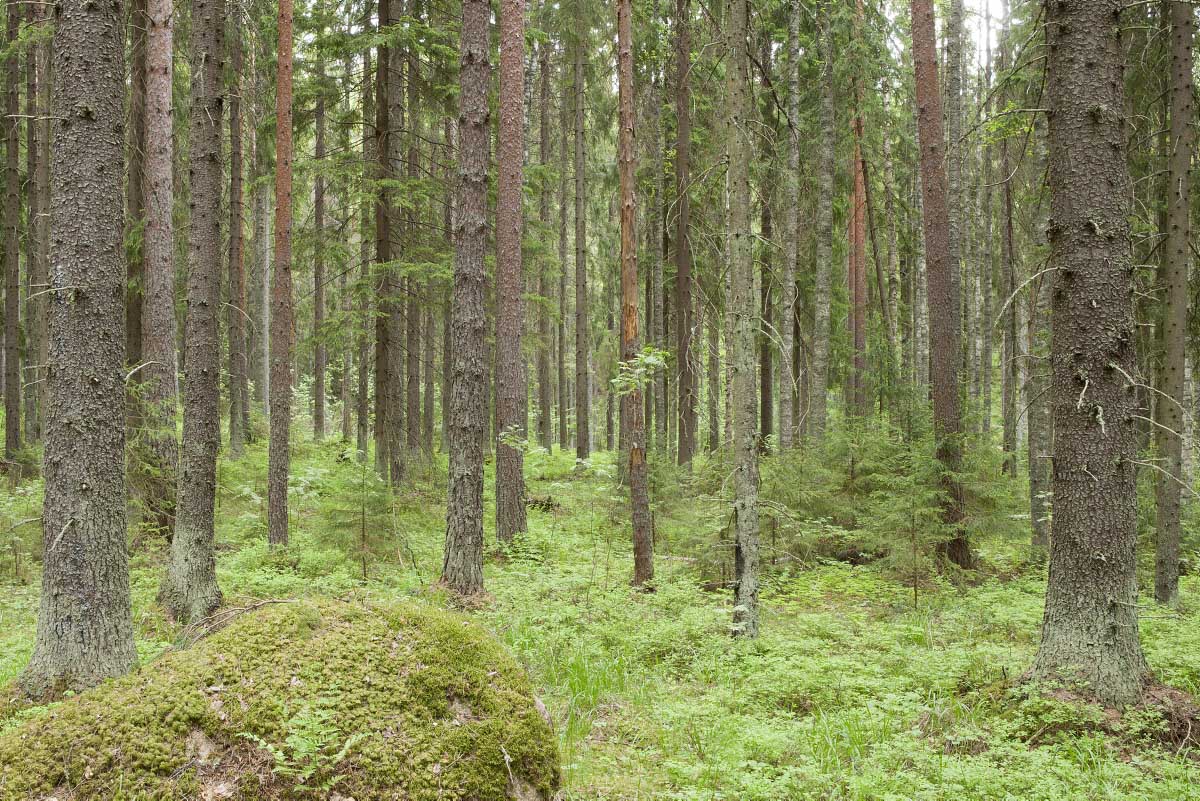 Harvesting is being planned in the gene reserve forest of Natural Resources Institute Finland in Lapinjärvi, southern Finland. Small-scale clearcutting and selective cutting help the genetic diversity of forest trees to improve.

The claim that harvesting improves biodiversity sounds odd at first hearing. Nevertheless, that is the objective of work in the Lapinjärvi forest.

”Biodiversity consists of three levels: the diversity of ecosystems, species and genomes. With a gene reserve forest we strive to safeguard the development of genomes,” says Mari Rusanen, Senior Research Scientist at Natural Resources Institute Finland.

The primary aim is not to protect species, although that, too, is supported where it does not conflict with the main goal. ”We do leave dead trees standing, for example, to support species diversity,” says Rusanen.

This development occurs with the emergence of new tree generations. ”Natural selection is most intense among young plants, and it is most effective when generations change rapidly,” says Rusanen.

This is why natural regeneration from seeds produced in the gene reserve forest is supported. In practice, this means small-scale clearcuttings, where the cutting area is 0.3 hectares or less, or the selective logging of single large trees.

”This is dynamic protection, giving support to natural processes, in order to allow the gene reserve to develop as well as possible within natural constraints. We support natural selection. This is not a question of individual trees,” says Rusanen.

History of a gene reserve forest is well documented

When choosing the site of a gene reserve forest, it is necessary to know for certain that the forest has always been regenerated naturally or, if it has been cultivated, then only using seeds from the exact same area. This is why a large proportion of gene reserve forests are state-owned research forests with documented forestry activities.

The aim is to ensure that the genetic diversity is natural and specific to the locality. Characteristics from other forests are discouraged in the emerging tree generations.

The protection of the gene reserve requires that trees belonging to new generations appear often and in high numbers, so that there are trees of all ages in the forest. When as many trees as possible produce pollen and seeds, the descendants will have a broader genetic diversity.

”The worst case could be a situation where the development of the gene reserve would only rely on a few old individual trees, which would be untenable with a view to meeting our goals,” says Rusanen.

The criticism that harvesting destroys biodiversity is thus somewhat off the mark. ”That’s a claim that refers to safeguarding species diversity, which is important, of course. But that activity can be, should be and is being carried out primarily in other forests,” says Rusanen.

Gene reserve forests are also owned by private companies, such as Tornator, one of the largest forest owners in Finland. In Tornator’s forest, the gene reserves protected are those of Scots pine, European ash and small-leaved lime.

Thanks to gene reserve forests, it is possible to see how nature would modify a particular tree species in a particular area. ”When a forest is allowed to regenerate, it will be healthier and more resistant to insects and changes brought by climate change,” says Rusanen.

In Finland, the preservation of forest tree genes is well in hand. ”You only need to go as far as Central Europe to find forests where information of the cultivation history and of the provenance of trees is nowhere to be found,” says Rusanen.

Previously in forest.fi: Gene reserve forests are needed because of climate change