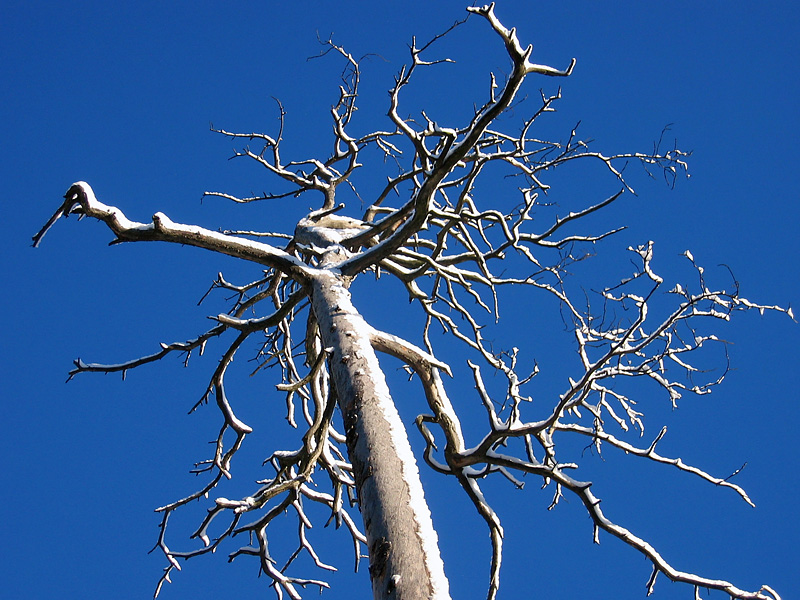 The amount of decayed wood in Finnish forests has increased rapidly in 2000s, and will, partially due to more environmental forestry methods, grow also in the future.

These findings can be found in a research study “The amount of dead wood in southern and northern Finland in 2004–2007”, made by the Finnish Forest Research Institute. There is also a presentation of history in the study, but only concerning usable dead wood. This is because evaluation of the amount of decayed wood was started only in the end of 1990s in the National Forest Inventories.

“It is, however, reasonable to assume that the amount of decayed wood is in correlation with the amount of usable dead wood,” says Mr. Antti Ihalainen, Senior Researcher of the Finnish Forest Research Institute, one of the two researchers behind the study.

According to the study, the amount of usable dead wood in Finnish forests has decreased until the beginning of 1990s. In 1930s the amount was 1.9 cubic meters per hectare, but in the early 1990s only 1.5.

Since then the amount has increased: the level of 1930s was reached in the beginning of 2000s. In measurements carried out in 2004–07 the amount was 2.4 cubic meters per hectare (see here).

However, the parameter has not been measured consistently all the time. In 1930s, for example, all trees were taken into account, the diameter of which was five centimetres or more, measured from 1.3 meters height. In 1950s the limit was increased to ten centimetres and later on the limit was totally removed and all trees exceeding the length of 1.3 metres were included.

According to Ihalainen, this does not, however, distort the result significantly. “The share of the trees below five or ten centimetres out of usable dead wood is relatively small, because they usually rot soon,” says Ihalainen.

Reasons are in the changing forestry

The research does not try to find any reasons for the changes. According to Ihalainen, one does not know them, but reasonable guessing is always possible.

It is common knowledge that dead but usable wood has been largely gathered to be used in households in 1960s. Since then the gathering of household timber has decreased.

Since 1970s the firewood used in households, for example, has been purchased from firewood suppliers. And the deliveries to the market usually come from commercial loggings of live trees.

On the other hand, forestry methods aiming at higher effectiveness were taken in wider use since 1960s. One feature of the effectiveness was that as to the forestry activities, one should visit the forest as seldom as possible.

Between establishing a new forest stand and regeneration felling there are usually three times when forestry work is needed: one for tending of seedling stands and two for thinnings. During the rest of the time dead and standing trees have been left alone and nobody has carried them out of the forest.

The reasons behind the increase of 2000s are storm disasters, delayed thinnings and other kinds of poor forest management. Also more environmental friendly forestry methods taken into use since mid-1990s are a very obvious reason.

The share of regeneration fellings of the Finnish commercial forest area is around one percent annually. Because of this it is easy to conclude that the amount of decayed wood will increase decades on.