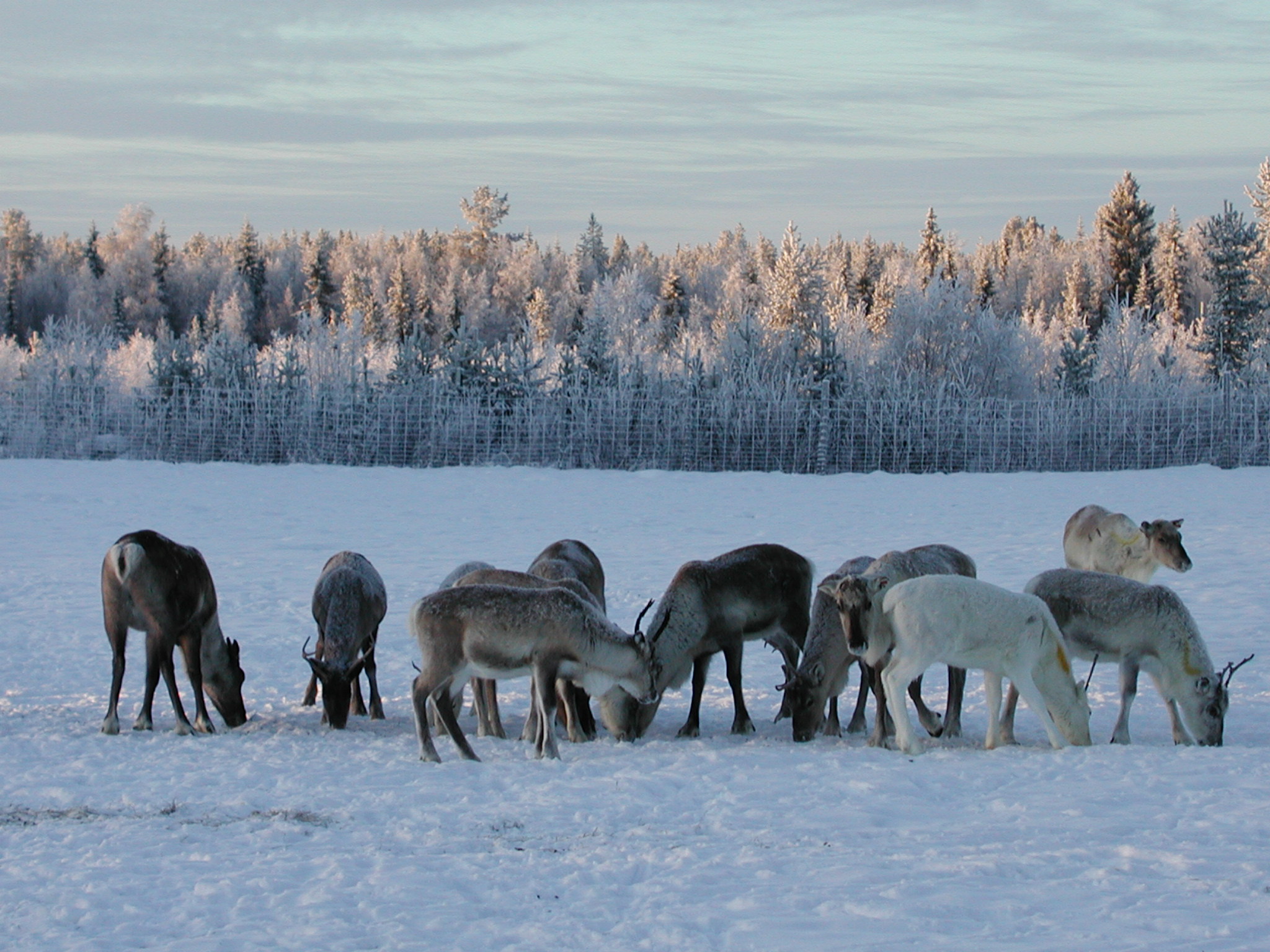 Metsähallitus promotes reindeer herding with closely half of sum pf the the agricultural subsidies paid by the State of Finland. Photo: Veikko Maijala

Finland’s state forest enterprise Metsähallitus used EUR 56 million to promote forest biodiversity, recreational use of forests, reindeer herding and Sámi culture in 2016. This is visible in the amount of decayed wood in state commercial forests, for example, which may be many times bigger than in forests owned by others.

Forest biodiversity is the greatest beneficiary of the so-called general social obligations set for Metsähallitus. EUR 35 million was spent to promote it in 2016, while the recreational use of forests was promoted by 13, Sámi culture by more than three, employment by 2.6 and reindeer herding by more than two million euros.

The sums are relatively high. In comparison, the allocation for forest protection in the state budget for this year is only EUR 13 million – less than 40 percent of the promotion by Metsähallitus for this purpose. In addition to this, the input of the state budget is targeted to a many times larger area, since Metsähallitus owns only a minor share of Finnish commercial forests.

According to the Sámi Parliament in Finland, the state subsidies for Sámi culture in 2016 were EUR 176,000. Thus, Metsähallitus spent 17 times that amount for this purpose.

Reindeer herding is eligible for agricultural subsidies, and according to the Finnish Agency for Rural Affairs it received about EUR 4.5 million in 2016. Thus, the input of Metsähallitus for this purpose is close to 50 percent of the amount paid in agricultural subsidies. In addition to this, the state supports reindeer herding by compensation for losses caused by predators and by investment subsidies.

The total cost of meeting the obligations is large even in terms of Metsähallitus’ overall activity: the profit from its business activities in 2016 was EUR 103 million. Without the obligations, the profit could thus have been 54 percent greater than it was.

Out of its profit, Metsähallitus paid in EUR 96 million to the state coffers in 2016. In addition to this, Metsähallitus Forestry Ltd is subject to normal income tax.

Meeting the obligations primarily means that the company omits to harvest trees that it could harvest and sell if the obligations did not exist. Of the total amount of obligations, EUR 47 million were based on waived revenues.

The second largest cost item, EUR three million, was caused by additional work caused by the obligations, such as planning. In addition to this, Metsähallitus Property Development was responsible for EUR two million.

The forest areas that are excluded from loggings due to the obligations are not included in nature protection statistics, with the exception of ecologically valuable areas in commercial forests.

The social obligations are a consequence of activities that Metsähallitus itself introduced voluntarily in its forestry operations. The new instructions in the Metsähallitus environmental guide for forestry in 1993 and the landscape ecological planning initiated in 1996 led to changes in state forestry and increased the types and numbers of nature protection sites and restrictions in forestry.

These guidelines were subsequently converted into obligations and were ultimately included in the Act on Metsähallitus. Since 2007, the Ministry of Agriculture and Forestry has required an evaluation of the costs and benefits related to the obligations.

The Act defines the obligations only by saying that they must be “sufficient.” On the other hand, the owner policy of the state says that the level of benefits derived from the obligations may not decrease.

The quality of how the obligations are implemented is also monitored. However, the benefits to forest biodiversity are restricted due to the fact that much of the land owned by the state is situated in the north and infertile areas. As regards the state forests most important for biodiversity, they tend also to have been moved under protection.

In Kainuu in eastern Finland and in Lapland the amount of decayed wood in obligation areas is 15 cubic metres, while the figures for other state-owned commercial forests are five and eight respectively. As for other forest owners, the figures are two in Kainuu and roughly four in Lapland.

The recreational use of state-owned forests was monitored more closely in Kainuu. The numbers of visitors to commercial forests were estimated on the basis of the use of forest roads.

From previous studies it is known that 85 percent of forest road use is due to recreation. On the basis of this, the number of recreational users was estimated at 500,000.

On the other hand, the number of visitors to protected areas and areas specially reserved for recreation was 250,000. The reason behind the lower figure cannot be the absence of protected areas: almost everywhere in Kainuu the distance to the nearest protected forest is under ten kilometres, and the maximum distance throughout the region is 50 kilometres.

Close to 140,000 hunting permits on state-owned lands were granted in Finland in 2016. The number of days spent in state-owned forests by small game hunters and rod fishers was 370,000.

The opportunities for recreation were also supported by special loggings, such as selective loggings. They were implemented particularly in the vicinity of tourism centres to enhance tourism as a livelihood.

Out of operations classifiable as regeneration loggings by Metsähallitus Forestry Ltd., the share of special loggings was over 12 percent. In addition to recreational values they also helped support biodiversity, reindeer herding and game management.

In terms of the size of the forest area covered by obligations, the inputs have remained more or less the same – in spite of the fact that large areas of state-owned commercial forests have been protected. In general, they are areas most valuable for biodiversity that are protected, and any investments in them will then no longer be seen in statistics concerning the obligations.

Forest ownership in Finland in forest.fi