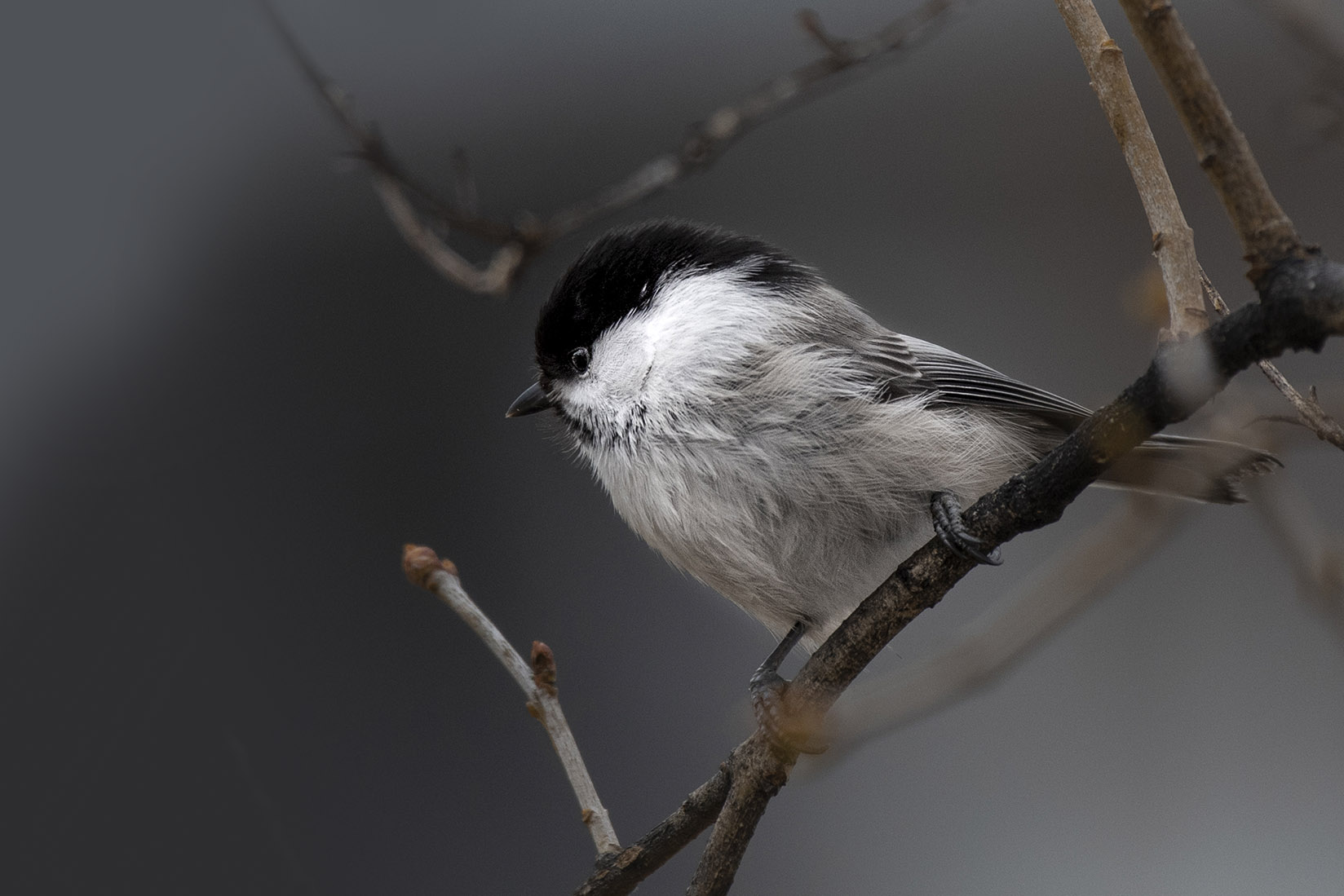 The willow tit has become one of the leading figures in biodiversity. The bird has declined in Finland in recent years. Photo: Vilma Issakainen

In recent years, forest companies have reported the introduction of significant practices to safeguard biodiversity. We asked an expert about methods of measuring biodiversity.

The European Union’s biodiversity strategy aims at improving biodiversity, but how this is measured is not that straightforward. One way of doing it is to look carefully around you in the forest, says Professor Anne Tolvanen, Programme Director at Natural Resources Institute Finland.

According to Tolvanen, biodiversity is manifested on three levels: a range of different habitats, a wide range of species and genetic diversity.

The less regularity there is, or in other words, the more species you can see and the more there is variation in the ages and placement of the trees, the more diversity there is in the environment.

In a commercial forest, with trees standing tall in neat rows and no deadwood on the ground for people to trip on, you cannot speak of much diversity.

Tolvanen points out that indeed, what is called a tidy commercial forest is homogeneous in terms of nature, but many people find it nice for recreational use.

’The forest still has many other values; for example, it’s good for picking berries.”

The EU biodiversity strategy has plans according to which Finland should protect up to 30 percent of its forests. But what is the best way of measuring biodiversity?

“There are a great many variables that describe biodiversity. While it is possible to compare impact on climate and greenhouse gases using the concept of carbon dioxide equivalent, we don’t have any single way to measure biodiversity”’ says Tolvanen.

Tolvanen continues that when speaking of Finnish forest nature, the biodiversity indicator often used is the number of species.

“However, that doesn’t say very much. In a natural environment, some species may be suffering due to a particular change, while others may simultaneously benefit from it. The number of species may stay the same even if the structure of a habitat is changing considerably.”

The number of species may stay the same even if the structure of a habitat is changing considerably.

Certain species thrive on felling sites and open areas,.If forests are felled, species that like open spaces will proliferate.

“You can’t make the straightforward deduction that fellings weaken the biodiversity of all species. Some of them suffer from fellings, while others thrive.”

Tolvanen says that open environments are fairly frequent in Finland, which means there are plenty of species that like them.

“Then again, we don’t have plenty of aged forests, and we may conclude that species favouring aged forests are threatened, since there are now fewer habitats that suit them.”

Amount of deadwood is a good indicator

Making National Forest Inventories (NFI) was started in Finland a century ago. One of the things studied in the NFI is the structure of growing stock in the forests.

“A good indicator of biodiversity in the NFI is the amount of deadwood, because we have a great deal of endangered species that depend on deadwood.”

The NFI also studies the amount of stout broadleaves, such as aspen.

“Aspen is a keystone species for many other species, and it is used as a biodiversity indicator. But still, it does not say anything about all species, only about those dependent on aspen,” Tolvanen says.

During the 2021–2022 NFI, vegetation is inventoried by visually estimating the extent of vegetation cover.

“Bilberry is a good keystone species because many mammals from bears to voles, as well as species of grouse and tiny insects, feed on it.”

The previous vegetation inventory was carried out 25 years ago, and the sample plots checked at that time will be re-checked now. The changes detected will indicate the state of biodiversity and the impact of forestry and climate change.

Assessment of endangeredness warns of loss of species

The endangeredness of species is assessed to determine which species are under threat of extinction in Finland, which have degenerated rapidly and what are the main reasons of endangeredness in different habitats.

Tolvanen says that endangered species are monitored particularly on protection sites and other valuable sites. Monitoring is also carried out on sites requiring an environmental impact assessment due to  a significant change in land use.

“The endangeredness of species is not monitored systematically, the way vegetation is inventoried during NFI. All vegetation is checked on NFI sample plots, but since the plots are mainly located in commercial forests, you don’t very often come across endangered species.”

According to Tolvanen, the number of endangered species is frequently used to measure biodiversity.

“The most sensitive species react to changes before others. An environment with many endangered species is considered to be of special importance, since it is capable of supporting sensitive species. But even here, not all species react in the same way to all changes: some of them thrive better because of something that makes others suffer,” Tolvanen says.

Tolvanen points out that groups of species often classified as endangered, that is, insects and fungi dependent on deadwood, are not captured by vegetation inventories. Tolvanen’s research team has developed a tool called Metsämittari [Forest Meter], which creates visual representations of the NFI findings and the impact on vegetation of different forest treatment scenarios.

“We have several biodiversity indicators in the tool. We didn’t want to develop just one measure of biodiversity, because it could end up being misleading.”

Anne Tolvanen says that these days, habitats are also monitored from above, using drones and satellite imaging.

“Remote sensing enables the indirect assessment of whether or not a habitat is of special importance. At the moment it is possible to make rough assessments of mire habitats by remote sensing, but methods must still be improved to monitor the amount and quality of deadwood in forests.”

Tolvanen is pleased to note that biodiversity has become a subject of public debate.

“Earlier, it was a bit overshadowed by economic aspects. It’s a good thing that people have woken up about maintaining biodiversity. We need to do something about it to stop the degeneration.”

Who defines whether biodiversity in Finland is sufficient?

“Defining the level of biodiversity in Finland very easily becomes a political issue, since that is the basis for defining what you may do in a forest. The definition must be based on research. The main things to serve as the basis of political debate are to determine the sufficient level of biodiversity and the methods of maintaining and improving it. No single indicator exists for determining this.”

Examples of practices adopted by forest companies to improve biodiversity