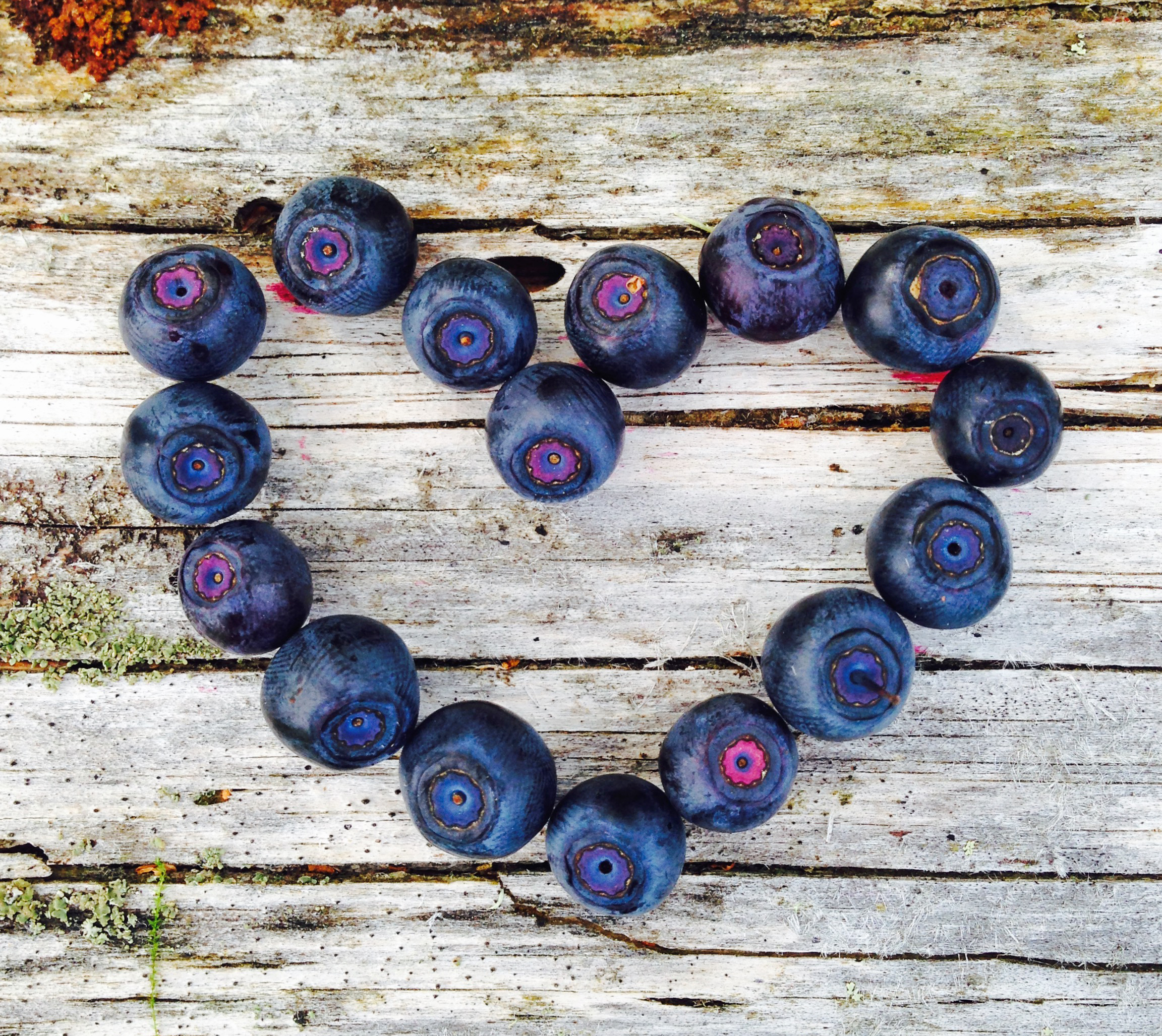 In Finland, the berries most widely gathered for sale are lingonberries and bilberries. In 2015, the amount of lingonberries sold was 9.6 million kilogrammes and that of bilberries 7.2 million kgs. The greatest part, by far, of the berries remains in the forests. Photo: AnnamariHeikkinen

Up to 99 per cent of Finland’s forests could be certified as organic. Even now, Lapland is the world’s largest contiguous area for picking organic berries.

The Finns love their healthy and wholesome forest berries. Especially bilberries and lingonberries are picked all over Finland in July and August. The famous everyman’s rights allow people to pick commonly found berries in every forest and even in national parks.

In Finland it is common knowledge that you do not even have to rinse the wild berries before use. This confidence in the purity of Finnish nature could also be called organic.

But a natural product is not organic until proved so. In order to be labelled as organic, bilberries or chanterelles must be picked in certified forests and the entire supply chain must be monitored.

Currently, more than 12 million forest hectares of the 23 million total in Finland have been certified as organic. About 9 million hectares are located in Lapland, whose entire forest area has been certified, making it the world’s largest contiguous area for gathering organic produce.

As much as 97–99 percent of Finland’s forests could be certified without modifying the current forest management practices. The certification covers the gathering of wild produce – it does not certify logwood, for example. The aim of the organic certification is to prove that wild berries, mushrooms, herbs and even resin and sap are derived from a forest in which no methods, fertilizers or pesticides forbidden in organic production have been used.

Advantages for exports and travel

Although the Finns know how to appreciate the purity of their wild berries and mushrooms, the organic label is needed for international marketing. Interest in wholesome and safe organic products is growing worldwide, especially in Asia.

“There is a growing demand for organic food but also, for example, for raw materials of organic cosmetics,” says Ms. Birgitta Partanen, project manager of a project called “Organic wild collection in forests”.

The project is carried out in the South Savo area by the Ruralia Institute of the University of Helsinki in cooperation with the Finnish Forest Centre. The aim of the project is to spread information about the organic certification of gathering wild produce and to establish its relevance for non-wood production and processing and for tourism.

“Organic tourism is also growing. For example, Asian tourists are interested in gathering and preparing organic food themselves. ”

No impact on forest management

In terms of forest management, organic certification does not change anything. It prohibits some of the chemical fertilizers and herbicides used on grasslands, but those are rarely used in Finland in any case.

Urea, used in the fight against root rot, would also be forbidden, but it is possible to replace with another common method. If it becomes necessary to use prohibited substances, the forest will lose its organic certification for three years.

The authorities responsible for the organic certification of a forest area are the Centres for Economic Development, Transport and the Environment. The certificate is subject to an annual review fee, the size of which depends on the size of the forest and starts out at EUR 100. The authority supervising organic food production and the picking of wild berries is the Finnish Food Safety Authority Evira.

Graps about multiple-use of forests and Finns’ attitudes

Centre for Economic Development, Transport and the Environment