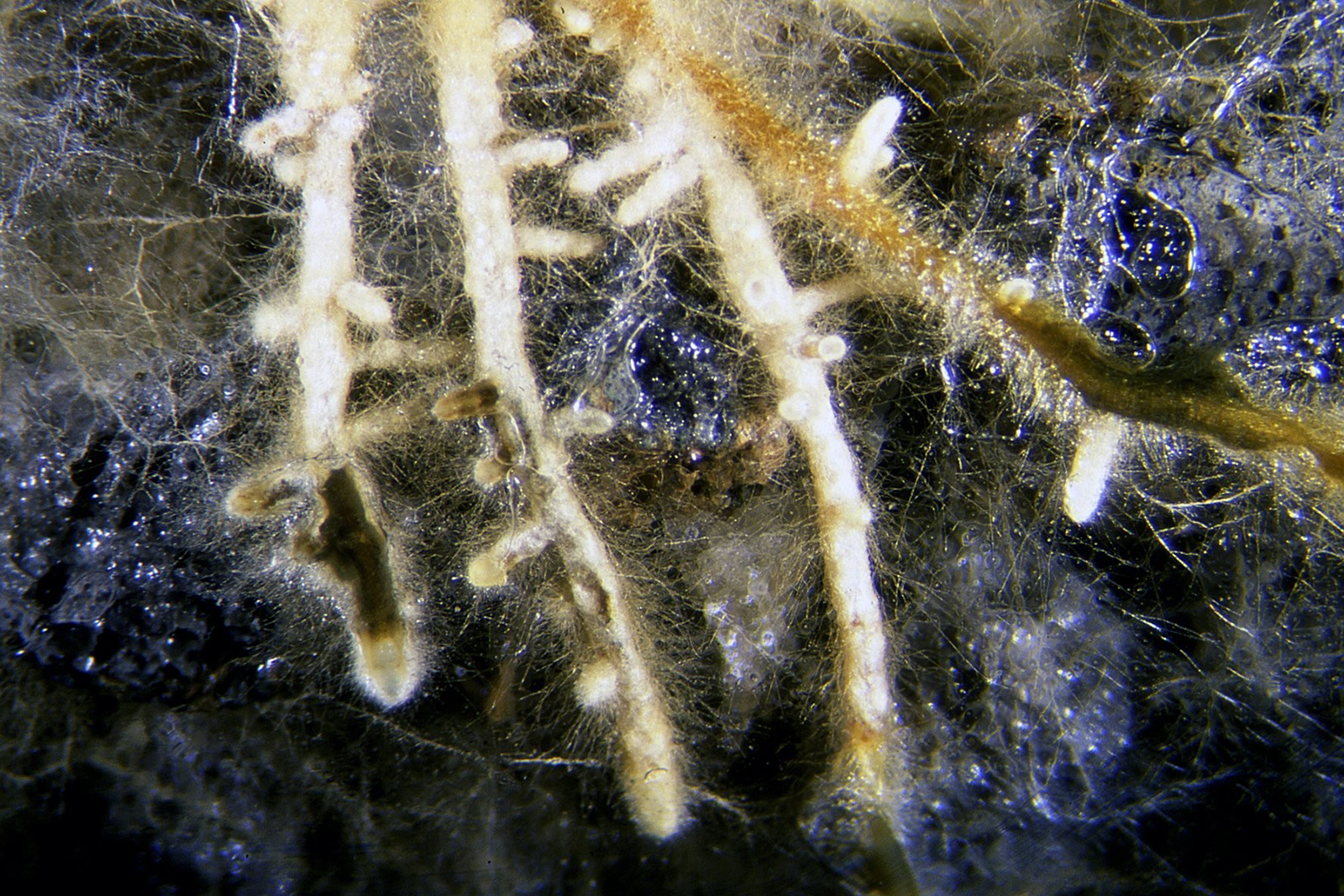 In a year’s time, as the first in the world, a Finnish company will introduce seedlings of Norway spruce whose roots have been inoculated with mycelium indispensable for the tree’s growth. The mycelium aids the seedling in many ways during the first few years of growth and creates new, permanent carbon storage in the soil.

The project is run by Kääpä Biotech, a company that has been developing the new seedling product together with Natural Resources Institute Finland.

Puro points out that clear-cutting and soil manipulation destroy a great deal of the mycorrhiza fungi important for spruce. These fungi are indispensable for tree growth, as they live in symbiosis with trees.

Taina Pennanen, Principal Scientist at Natural Resources Institute Finland, has studied mycorrhizae for over a dozen years. She says the inoculation with mycorrhiza improves the growth of spruce seedlings by a maximum of 20 percent per year for the first two years.

“Seedlings with thriving mycorrhiza have a better survival rate, and they manage well even on poorer sites and have a better resistance to drought and inappropriate handling during planting. The number of healthy and thriving seedlings is higher than before,” Pennanen says.

Seedlings inoculated with the appropriate mycorrhiza fungi are more resistant because they also have a greater root mass in comparison to the shoot. Puro suggests that the method may even help to shorten the cultivation cycle of spruce stands, although there is no research results on this as yet.

The innovation naturally comes with a price tag, though it is not excessive.

“What we aim at is a cost effective solution per seedling” says Puro. A Norway spruce seedling typically costs 20–30 cents.

Good for the climate

Puro says that Kääpä Biotech is constructing a business model based on research by Natural resources Institute, using the research results for commercial purposes and bringing the product on to the market. However, the work has a more profound effect than just producing seedlings that grow better.

“We already know that the mycorrhiza constitutes a significant long-term carbon sink in the soil. Our project improves long-term carbon sequestration in the soil in particular. This opens up new perspectives for both climate policy and forest owners, such as engaging in more effective carbon farming,” Puro says.

Simply using any available mycorrhiza does not work, however. Looking for precisely the right fungi has been Pennanen’s research task for years.

“The benefit from the mycorrhiza mostly depends on the species of fungus used for inoculation and on the success of the inoculation, so that the fungus really can form a symbiosis with the root tips,” Pennanen says.

Symbiosis means a mutually beneficial association between different species, in this case a fungus and a tree. The mycelium serves as the finest roots of the tree and can extend the root system by a thousandfold. The mycelium transfers nutrients from the soil to the tree, while the tree makes sugars formed in photosynthesis available to the fungus, which is not capable of producing them on its own.

Sugars, in turn, contain carbon, which is then stored in the soil.

Individual differences between species of fungi

There are many species of mycorrhiza fungi, but Pennanen says the best ones only number a few. There is even variation between specimens of the best species. Some are more helpful for the seedling than others.

Then again, some mycorrhiza species can actually hamper seedling growth. Species of the Lactarius and Russula genera, for example, mostly associate with larger trees.

These mushrooms are able to draw enough nutrients from larger trees for producing the fruit bodies consumed by humans, whereas for a small tree, they are too greedy. The mycorrhiza fungus of a tree seedling must not be too demanding and be content to live underground, in order to support the growth of the seedling above ground instead of sucking it dry at the outset.

The effect of the mycorrhiza fungus only lasts a few years.

“After that, it vanishes because of microbial competition,” Pennanen says.

Pennanen says that the seedlings are best inoculated with the mycorrhiza at the nursery, because ’looking for’ a suitable one in the forest is a burden on the seedling. Suitable ones must, however, be found, as otherwise the seedling will die. If it already has a good mycorrhiza species when planted, the seedling can spend more resources for growing above ground.

Pennanen reports that she has even found a mycorrhiza that prevents the seedling from being infected with Heterobasidion.

“Sadly, these mycorrhizae also weakened the seedling growth by up to ten percent,” she says.