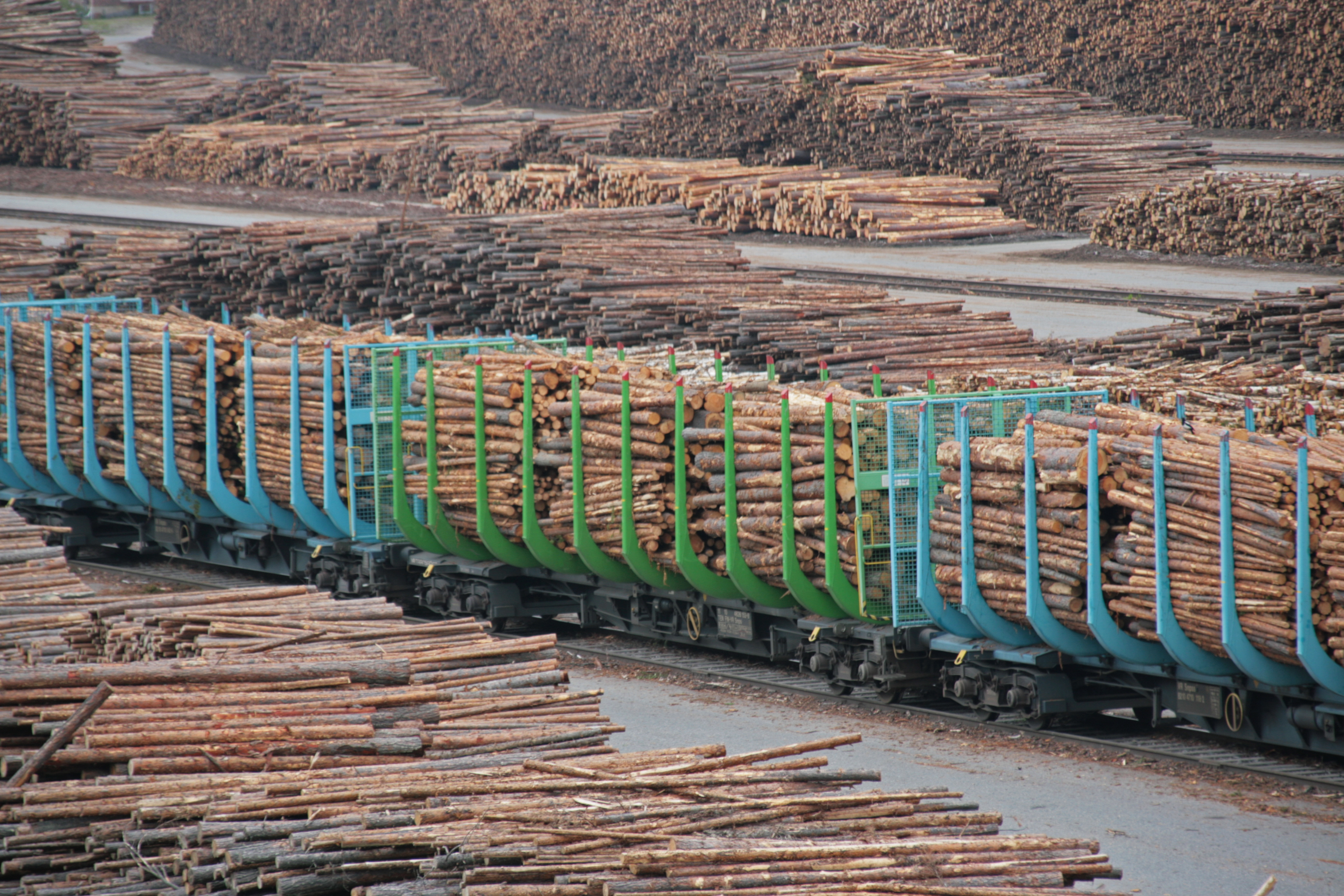 The EU Timber Regulation (EUTR) is part of the EU’s Forest Law Enforcement, Governance and Trade (FLEGT) Action Plan, which aims to reduce illegal logging worldwide. It was adopted by the EU member states in 2003. The legality of the logs in Rovaniemi is verified in the compulsory notification of forest use. Photo: Anna Kauppi

Criticized as ineffective, the European Union Timber Regulation is beginning to produce results. In Finland, penalties have not been required.

The EU Timber Regulation (EUTR) prohibits the placing of illegally logged timber and derived products on the EU markets. Effective since March 2013, the regulation also applies to timber logged in the EU countries.

At the beginning of March this year, Dutch authorities imposed a penalty on an importer bringing in illegally logged timber from Cameroon, West Africa.

The NVWA authority operating under the Dutch Ministry of Economic Affairs had warned the importer that it was not complying with the due diligence requirement in its import of timber. Since the company did not amend its due diligence procedure, it must pay a non-compliance penalty.

It is precisely the due diligence system that is meant to ensure the legality of timber trade in the EU. The importers must have accurate information on the timber and the parties involved, they must be able to assess the risk that the timber could be illegal, and if the risk exists, they have to reduce it.

“Forest certification is one way of assessing the risk related to the origin and the supply chain of timber. However, the operator is responsible for ensuring that legality is actually monitored as required by due diligence,” says Mr. Tatu Torniainen, an expert at the Finnish Ministry of Agriculture and Forestry.

In Finland, the body that supervises compliance with the Timber Regulation is the Agency for Rural Affairs (Mavi), operating under the Ministry of Agriculture and Forestry. According to Torniainen, the regulation applies to about 2.500 Finnish companies.

“In Finland, the aim is to increase companies’ awareness of their obligations by providing advice and information,” Torniainen says. He reports that many companies will themselves put their due diligence systems in order.

In Finland, too, monitoring the compliance with the Timber Regulation has led to official measures. Following inspections, the Agency for Rural Affairs has requested companies to amend their due diligence systems. Penalties have not been required in Finland.

“In 2015, a dozen companies were requested to check their system. In most cases, the reason was just incomplete information,” says Torniainen. Most requests concerned chips, the origin of which is difficult to trace because of long supply chains.

Timber is illegal if it has been logged or sold in contravention to the national law of its country of origin. Thus, illegal logging, tax evasion or forged documents, for example, may prevent the import of timber to the European Union and selling it inside the Union.

The Timber Regulation also applies to the sale of timber within the European Union. In that case, those responsible for compliance in Finland are the forest owners. In other countries, it may be the buyer, for example, that must ensure compliance.

In actual fact, the forest owner need not even think about the Timber Regulation, because the legality of the timber can be verified in the compulsory notification of forest use. The notification sent to the Forest Centre and the measurement certificate drawn up by the timber buyer and seller make up the forest owner’s due diligence system.

“Even before the Timber Regulation, Finnish legislation was very comprehensive, with a compulsory notification of forest use and a system of measuring timber. In implementing the Regulation it was possible to use existing components. Thus, forest owners did not incur new measures, obligations or costs,” says Ms. Lea Jylhä, forestry expert at MTK, the Central Union of Agricultural Producers and Forest Owners.

Finnish forest industry had also developed monitoring systems for ensuring the legality of timber long before the Timber Regulation.

Criticism against omission of printed products

The EU Commission published its first evaluation of the Timber Regulation in February. The document did not cause debate in Finland, though it was criticized sharply elsewhere in Europe.

The evaluation showed that the member states should significantly improve the implementation of the Timber Regulation and the procedures for ensuring compliance. In Spain, Greece, Romania, and Hungary, the regulation has not been implemented at all to date.

The British newspaper Guardian wrote that there is ‘no evidence that EU’s illegal timber policy is working.’ A number of organizations such as WWF, Greenpeace and Transparency International published a briefing note calling for an extension of the Timber Regulation to cover all wood-based products.

It is the list of related timber products in the regulation that has caused so much astonishment and criticism. The list does not include wooden products such as coffins and musical instruments, but all kinds of printed products imported from third countries, such as books printed in China, are also excluded.

Instead, products printed in the EU are monitored. “The EU promotes printing outside Europe and exports jobs. We fail to understand why,” stated the Confederation of European Paper Industries (CEPI) in its press release just after the publication of the Commission evaluation.

The Finnish Forest Industries Federation also stresses the equal treatment of printed products. According to Ms. Karoliina Niemi, Manager of EU forest issues, it is also very important that the Timber Regulation enters into force in all member states.

“The absence of national legislation in some member states puts players in a very uneven position. It is important that the regulation came into force in Finland as early as the beginning of 2014,” Niemi says.

“The Timber Regulation is a practical tool which promotes responsibility, as was also said in the Commission’s report. The regulation has the advantage of being based on national starting points, and we are satisfied with our long-standing co-operation with the Ministry and the Agency for Rural Affairs.”

The Agency for Rural Affairs (Mavi)