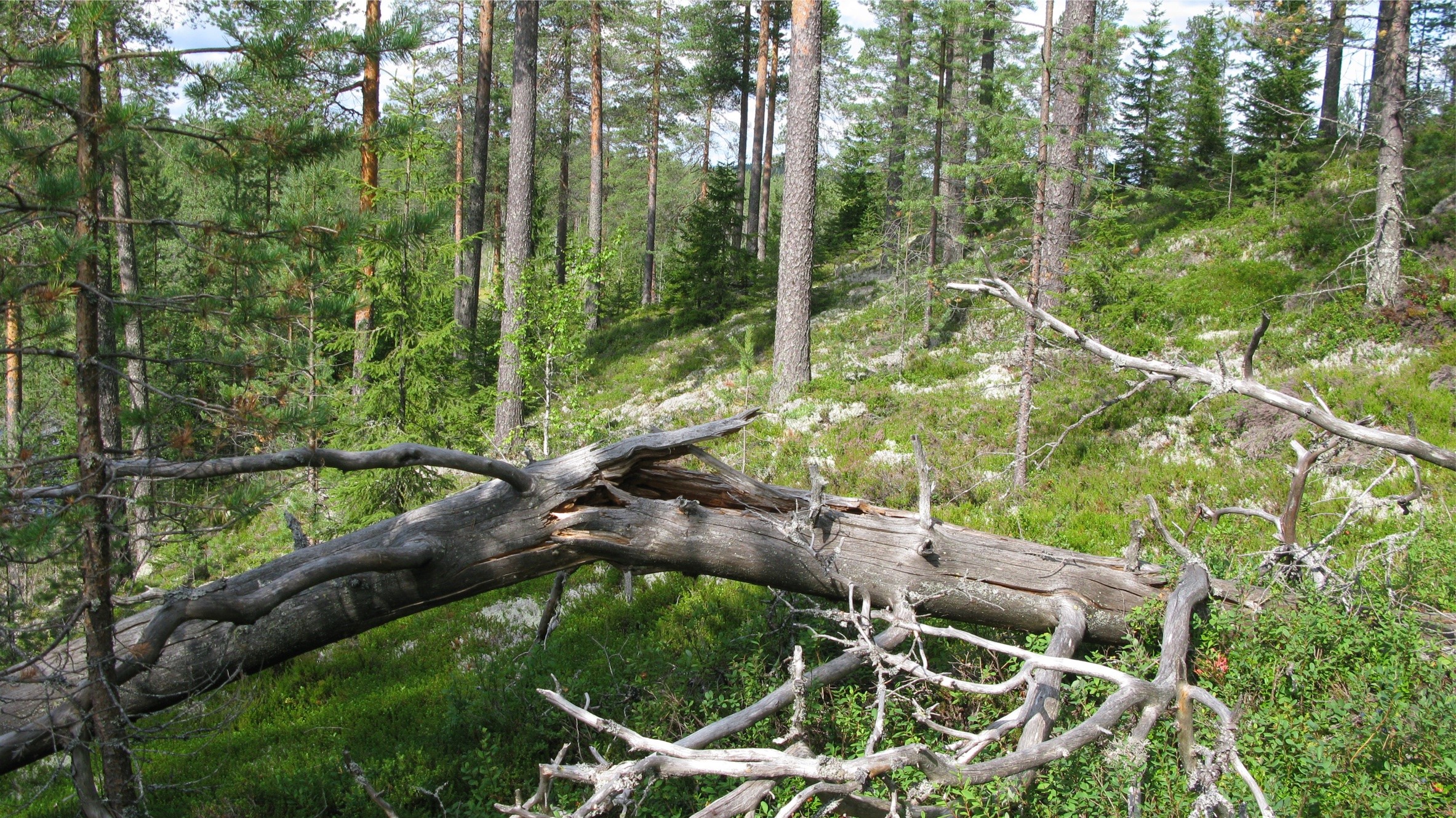 The largest gift in the My Nature Gift to the Centenarian campaign, exactly 600 hectares, was given by Timo Kujala, a forest owner living in the capital region in Espoo. Of the areas gifted by Kujala, the largest is in Pudasjärvi, northern Finland, a uniform forest area of 272 hectares, of which 120 hectares is totally intact. The photos are taken in Hoikkavaara in Sotkamo, eastern Finland, which was a gift of 37.7 hectares. From the area you can find shield-barked old pine stands, old spruce stands, wetlands, natural brooks and mixed, old forest. ”Hoikkavaara is the smallest of the areas that I gifted, but you can find there all possible nature types. The area is really diverse and beautiful,” says Kujala. Photo: Timo Kujala

The 1,800-hectare ceiling in the forest protection campaign celebrating Finland’s centenary has been removed. The idea to remove the ceiling is assumed to have come from Kimmo Tiilikainen, Minister of the Environment.

The campaign My Nature Gift to the Centenarian is exceeding its target. The original target was to protect 1,800 hectares of privately-owned lands, but it looks like the total will exceed 2,600 hectares. The final figure will be known in mid-January 2018.

As part of the campaign, the Finnish government promised to protect a corresponding number of hectares of state-owned forests. The state-owned forest company Metsähallitus expected to have to find no more than 1,800 hectares for protection.

Recently, however, the Ministries of Agriculture and the Environment jointly decided that all sites entered in the campaign before the end of 2017 would be accepted and that the government would protect the same number of hectares without a ceiling. According to information received by forest.fi, the idea to remove the 1,800-hectare ceiling was conceived by Kimmo Tiilikainen, Minister of the Environment.

Metsähallitus has designated over 600 hectares of state-owned lands for the campaign. Now that the extent of the private gifts increases, it has to be decided how the ”correspondence” of private and state-owned lands should be interpreted.

”We have received no instructions on how the correspondence should be determined. Should it be region by region, for example? I’m afraid that wouldn’t be possible, because there simply aren’t enough appropriate state-owned lands in southern Finland,” says Antti Otsamo, Head of Sustainable Development at Metsähallitus.

However, according to Otsamo, the demand will not necessarily be implemented. ”If, for example, we have several protected forest areas close to each other, I can’t see why we couldn’t create a larger protected entity by protecting the areas in between, even if they aren’t productive,” says Otsamo.

On the other hand, information on the type and quality of the private lands entered in the campaign is not very specific either. ”I do know that definitely not all of them are productive, but include mires and outcrops of rock, for example,” says Otsamo.

Metsähallitus’s protection proposal will be drafted in cooperation by its departments for nature protection and forestry, after information on the privately-owned protection sites is available. Suggestions for protected state-owned sites have also been asked from the environmental organisations, and, according to Otsamo, they have made some ”very good” suggestions.

A number of local authorities have also joined the campaign by protecting forest areas totalling some 800 hectares. These areas do not, however, create an additional obligation to protect state-owned lands.