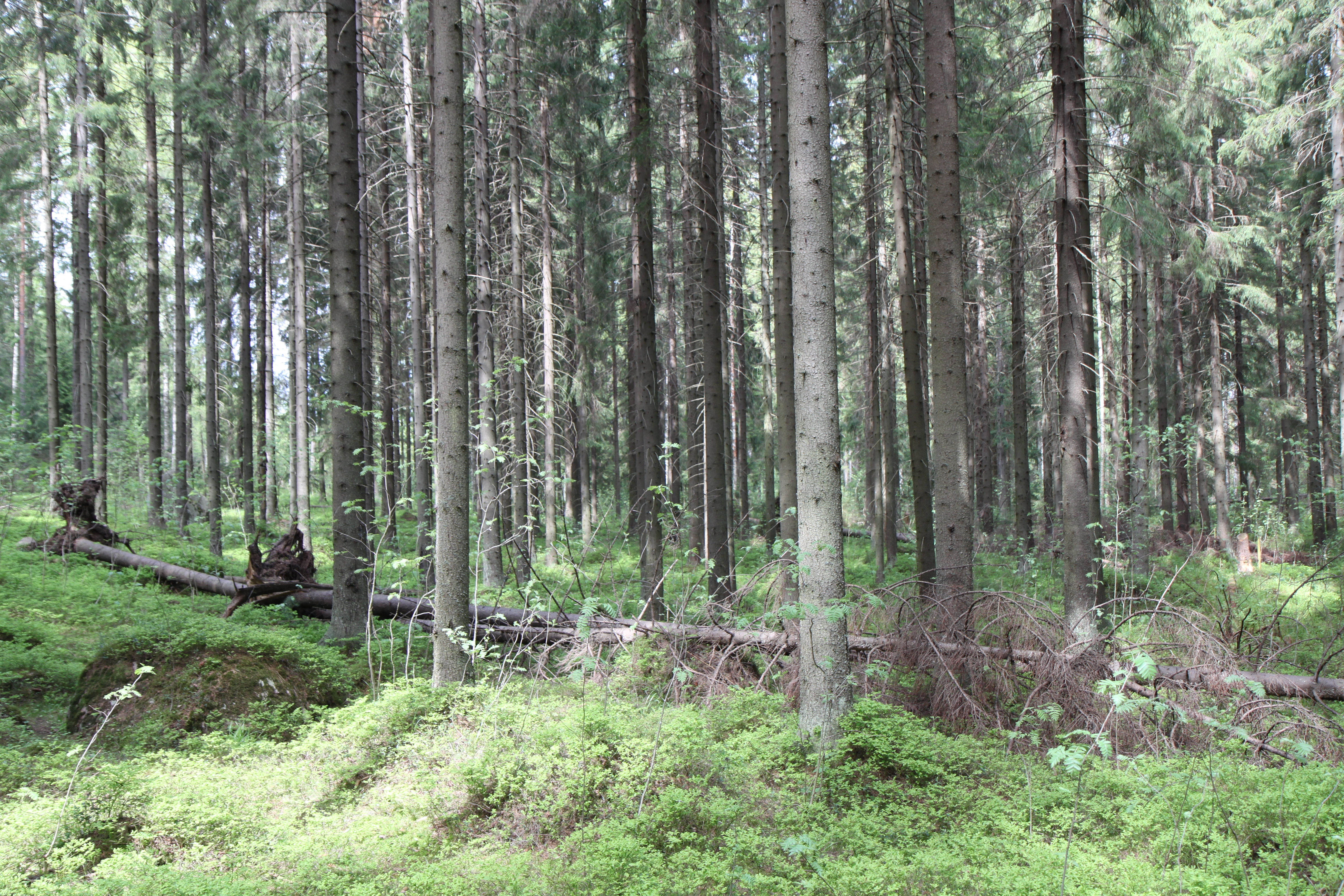 The most recent growth figure is based on the latest information from the National Forest Inventory. The figure is smaller than the 110 million cubic metres predicted a year ago, owing to a change in the calculation method.

“Still, it is true to say that the forest growth is increasing,” says Kari T. Korhonen, Principal Scientist at Natural Resources Institute Finland.

According to the inventory, the area of forestry land in Finland is 26.2 million hectares, of which 19 percent is excluded from timber production. Of productive forest land, nine percent are excluded from timber production and five percent are in limited forestry use. In southern Finland, the protection level of productive forest land is four percent.

The growing timber stock of Finland is close to 2,500 million cubic metres. The amount has increased by almost 1,100 million cubic metres during the past hundred years, in spite of a ten-percent decrease in the country’s land area as a result of the cession of areas including some of the best forestry lands to the Soviet Union at the end of the Second World War.

The most significant growth of the timber stock has occurred during the past few decades. In the ten years up to 2018, the stock has grown by 117 million cubic metres.

The main reason behind the past few years’ growth is environmental change, such as atmospheric warming. The age structure of the forests is another significant reason: due to forestry activities there are plenty of forests with trees at the most intense stage of growth. The growth of spruce has clearly accelerated, as has that of pine.

The highest sustainable harvesting level is estimated by the Natural Resource Institute by simulating forest growth and harvesting volumes within a 50-year period. The estimate takes into account the constraints on forestry use caused by the protection of biodiversity and by climate reasons. Loggings are then maximized within these constraints with a view to financial productivity.

“This is one option. The sustainable level could also be estimated using other objectives,” says Korhonen.

Quality of forest activities has improved

Compared to the current level, the annual harvesting volumes could be increased by 14 million cubic metres up to 2024 and by 23 million after that, without loss of sustainability. If, for example, all of the 14 million cubic metres were used in pulp production, the amount could feed two modern pulp mills – though in reality, a considerable share of the timber harvested is used as raw material for sawmilling, so it would make no sense to use it for pulp.

With these increases in loggings – which are not even included in any plans or scenarios – the timber stock of Finland would increase to 2,655 million cubic metres by 2045, corresponding to two years’ worth of loggings. With a lower harvesting level the stock would grow even more.

The quality of forestry activities, too, has taken a turn for the better. Korhonen considers this to be a probable result of the growing demand for wood. During the last three years, especially the areas of first thinnings have increased.

Due to climate reasons, forest growth must be guaranteed

In terms of achieving the climate goals a great deal could be done in forests. On peatlands, continuous-cover silviculture should be more widespread, in order to ensure the stability of groundwater tables. This, in turn, would prevent carbon emissions from peat and decrease the leaching of nutrients into waterways.

“But the most important thing is to keep the forests in a good condition. The timeliness of forestry operations and forest growth must be looked after, because only a growing forest acts as a carbon sink,” says Aleksi Lehtonen, Associate Professor at Natural Resources Institute Finland.

As far as the carbon storages in forests are concerned, all kinds of forest damage are dangerous, because they usually destroy the carbon storage. This is why particular attention should be paid to preventing damage.

86 percent of Finland’s area is forestry land. This means that the potential for afforestation is minor here in comparison with the rest of the world. “Even so, it should not be completely overlooked. For example, unproductive agricultural fields and fields established on peatlands should be reforested, and taking forest land into other uses should be viewed very critically,” says Lehtonen.