Finland holds the presidency of the Council of the European Union for the next six months. The presidency is an opportunity to highlight Finland’s special characteristics and expertise and thus sustainable growth and the opportunities offered by the bio-based circular economy will naturally play a big role. The European Commission has also wanted these themes to be addressed.

Finland’s presidency takes place at an interesting time. Finland’s own government is only a few weeks old, and several of its ministers are new faces on the EU stage. At the same time, many MEPs changed in the European Parliament and new Commissioners will be appointed, so there is plenty to learn in Brussels as well. What’s more, one member state is leaving the EU – at the moment it looks like Brexit will happen. Despite these changes, political processes carry on.

Member states hold presidencies in groups of three. These three countries agree on common themes that are addressed over three presidencies, i.e. over 18 months. Finland has collaborated tightly with Romania, which hold the presidency before Finland, and Croatia, which will hold the presidency after Finland. These countries will be followed by forested countries, Germany in autumn 2020, and Portugal in spring 2021. This is why these five countries have pondered forest matters together.

The number of forest issues discussed will certainly not decline during this European Parliament, even though the EU does not have a common forest policy. At the start of its EU presidency, Finland will organise a Bioeconomy Conference where participants will examine, for example, the implementation of the EU’s bioeconomy strategy. The strategy highlights the opportunities offered by wood-based products in the fight against climate change, and the Finnish forest sector is a leading example in this regard.

Finland will also lead the debate on regulation proposal regarding sustainable investments. During the preparation of this proposal, Finland has drawn other member states’ attention to the forest aspects of this theme. The European Parliament’s proposal is very different from the European Council’s current text and it will be interesting to see what sustainable forest operations will eventually entail. At the same time, Finland is campaigning for an update of the EU’s forest strategy and is compiling member states’ views on what the upcoming strategy should include.

What’s more, it seems that over 50 European countries are resuming negotiations over a legally binding forest agreement – after a pause of about five years. Finland will speak on behalf of the EU member states when decisions are being made regarding the timetable and ways forward. The actual contents of the agreement will likely not be discussed before Croatia takes over the EU presidency.

Therefore, forests, the sustainable use of forests, as well as wood-based solutions will be very much on the agenda this autumn. Finland will also host numerous ministers, attachés, and Director Generals for forests from member states and introduce them to Finland’s forests and the Finnish forest industry. Welcome! 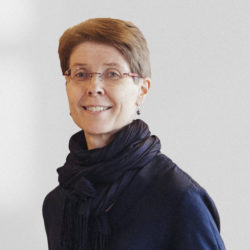 The writer is Director of forest affairs at the Finnish Forest Industries Federation.