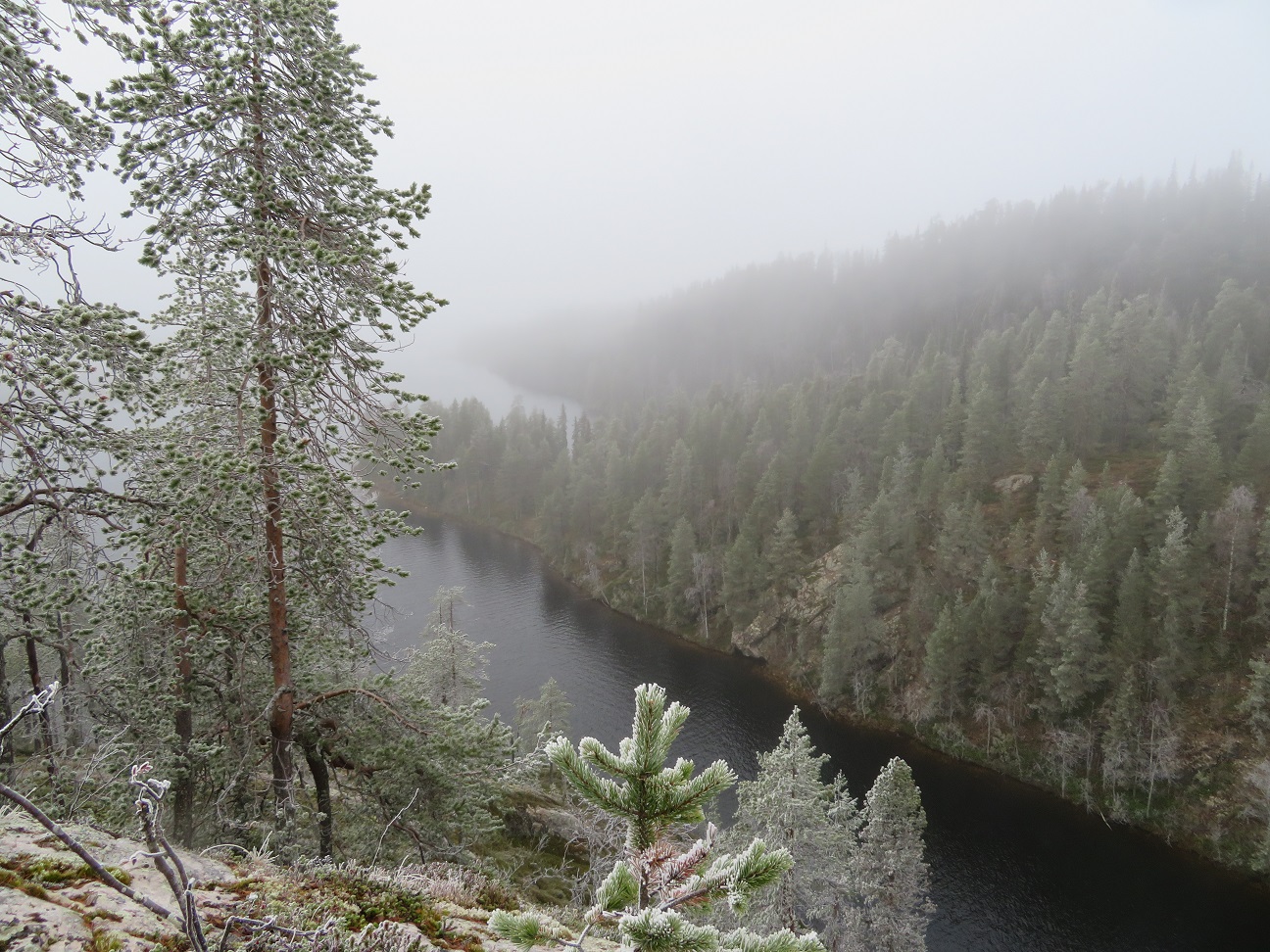 A new contract model brings nature tourists into commercial forests. For nature tourism operators, it involves a substantially smaller risk because their compensations to the landowner are based on actual use instead of estimates.

The model differs from some previous ones in two ways: it does not restrict forestry activities in any way, and the operator only pays the forest owner afterwards, according to the number of actual visitors to the forest.

“This removes the operator’s risk that the expected number of visitors won’t materialise. This risk may be a significant reason why there have been very few agreements so far,” says Ruokanen.

No restrictions of forestry operations

For the forest owner, it is a relief that the model allows forestry operations to be carried on as before. This may, however, also be a relief for the tourism operator, because the compensation for postponing or abandoning revenue-bringing forestry operations could run up to figures that the operator simply could not afford.

According to Ruokanen, forestry does not disturb tourism in any way. “On the contrary, so far the tourists have been highly interested in forestry operations,” Ruokanen says.

Tourists have plenty of questions about forest use and the principle is that all of them will be answered. “In general, they have also been satisfied with the answers,” says Ruokanen.

The first agreement based on the new model was made in Kuusamo between the North Trek company and forest owner Jouko Repo. They have agreed that the operator need not pay any compensation to the forest owner.

Repo has established a private nature protection site on his lands, as well as another site which receives environmental support based on the Financing of Sustainable Forestry Act. He considers that the financial support he receives by these two means is sufficient compensation.
“I figured there’d be no point ruining a good enterprise at the outset by asking for too much compensation,” says Repo.

Chris White, owner of the North Trek company, originally came from England to Posio, just north-west of Kuusamo, to work as a potter in the Pentik company in 1980. He later set up a pottery of his own. Tourism entered the picture a couple of years ago, as White decided it would be good to work in the outdoors, too.

If White did pay compensation to Repo, it could hardly be very high. He estimates that for a three-hour trek it might be something like eight euros per person. “And more, if the trek was an overnight one, for example,” he continues.

White’s treks attract tourists from all over the world. This week, for example, they are from Australia, Canada and Thailand, though the majority come from Central Europe. During the winter, 95 percent of his customers come from abroad.

A commercial forest makes an interesting place for tourists to visit. White has fielded questions on the growth of forest and trees, the short growing period – only some 80 days annually – forestry operations in general and forest damage caused by elks or heavy loads of snow, for example.

“I try to make them understand that timber production is an important livelihood in Finland,” says White. He has even organised a visit to the Pölkky sawmill for a British carpenter and his family – this being the very sawmill that the carpenter bought timber from.

White emphasizes that reactions to the agreement he has made have been very positive, and other nature tourism operators have also expressed interest.

Stories about forests are also being collected

Initiative to create the trail came from the Forest Centre. The trail is situated in his forest, north-east from the Rukatunturi tourist resort. It takes in both some old forest, lush herb-rich forest beside a river and steep river banks.

Part of the trail runs on state-owned lands in the vicinity of the famous Karhunkierros trail (The Bear’s Trail). Here, White’s groups have access to a campfire site and toilets, for which he is charged a fee. The Myllytupa cabin nearby can also be used to overnight in.

Repo has not thought about how many visitors the agreement could bring to his forest and is not worried that they might be too many. “We’ve marked a trail, and it may become a trodden path at some point. People are also allowed to walk outside the trail, on the basis of everyman’s rights. I shouldn’t think there’ll be any other effects,” Repo says.

All in all, the trail is some 1.5 kilometres long and runs through an area of 7.5 hectares.

As regards the future, the Forest Centre plans to set up 11 trails in family forests in Kuusamo. There is no obligation for forest owners to participate in the project.

An essential part of the project is to collect stories linked to the nature sites to entertain the visitors with. One likely source of stories and anecdotes is local history.

Kuusamo has a long tradition in combining the interests of agriculture, forestry and tourism. As many as 15,000 nature sites suitable for the project can be found within its boundaries.

The preparation of the contract model was financed by the Finnish Ministry of Agriculture and Forestry. It is part of the Metso biodiversity action programme.

Correction, 15.1.2018: Initiative to create the trail came from the Forest Centre, not from White, as was previously written.

About everyman’s rights in Finland

In Finland, hunting is a form of enjoying the wilderness – this is how kids are introduced to it

Roope Tonteri, snowboarding world champion in slopestyle and big air, says he aspires to be a forestry worker. Looking after forests is a badge of honour for him. It also strengthens his bond with nature. #forest #Finland #education #silviculture https://t.co/SoGREhZG9d