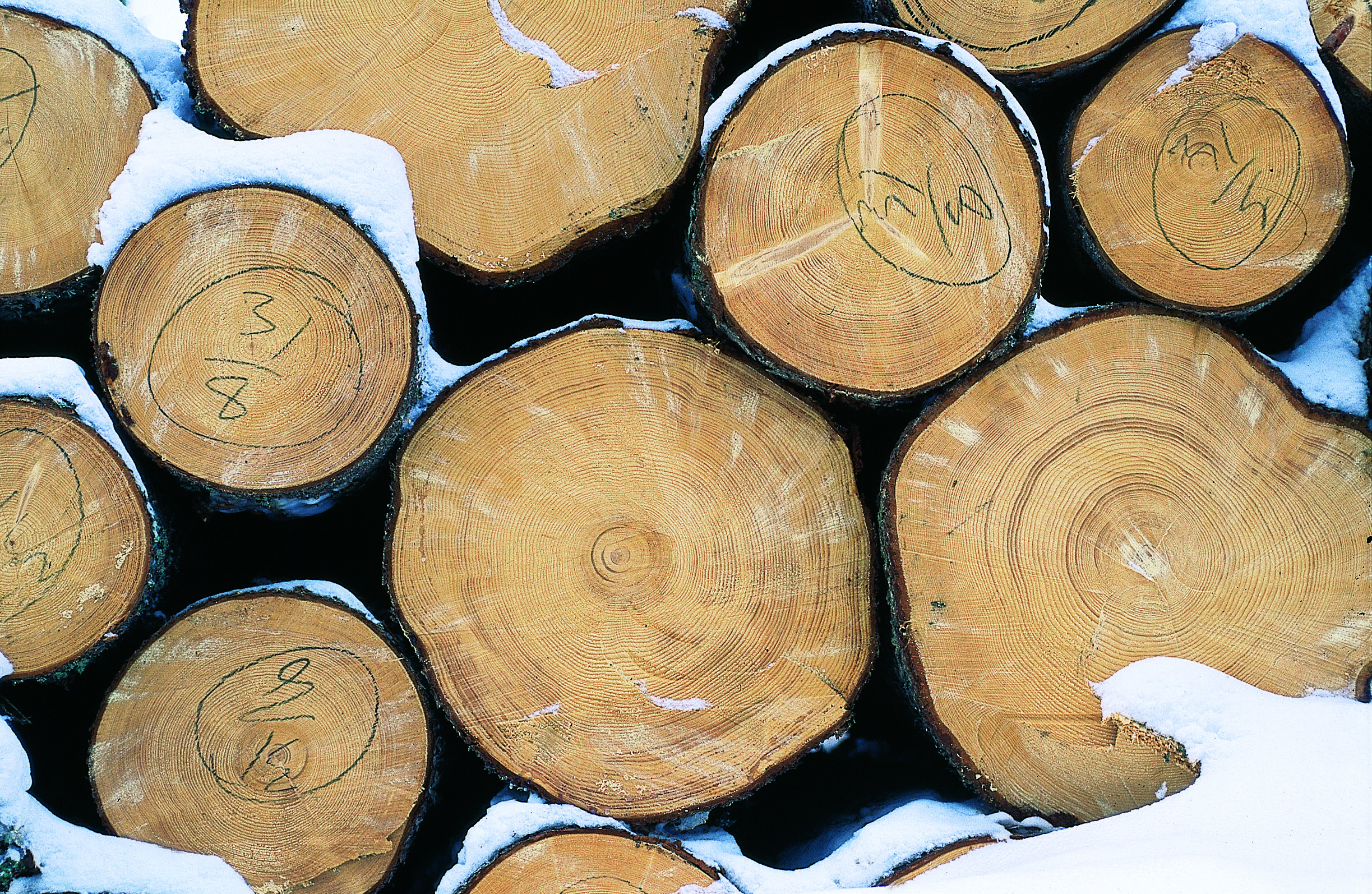 According to German researchers, accelerating growth makes trees lighter. Finnish researchers say that the phenomena is well-known, but practically so small that is has no significance. Photo: Krista Kimmo

When the growth of a tree accelerates, its density starts to decrease. Professor Matti Kärkkäinen says the phenomenon has been known for at least a hundred years. He continues that the decrease is only a couple of percent and does not offset the increase in carbon storage created by the growth of the trees.

According to a study by the Technical University of Munich, climate change increases the growth of trees, but also makes them lighter because the density of wood material decreases. That the trees lose weight is not completely due to the rapid growth as such.

”We have taken this effect into account. The decrease in wood density that we have found is the result of other factors,” says Dr. Peter Biber, co-author of the study.

According to the study, the cause is the long-term increase in temperature and lengthening of the vegetation period, which in turn are due to the climate change. An additional cause are the nitrogen emissions from agriculture, transport, and industry.

According to the researchers, this leads to lighter wood with lower calorific value, and also makes the wood less solid. This in turn increases the risk of forest damage and decreases the carbon storage in trees.

The research evaluated the annual rings of hundreds of trees, some of them as old as 150 years. All in all, 30,000 samples were taken from spruces, pines, beeches and oaks.

According to the researchers, wood has become 8–12 percent lighter since the year 1900. However, the increase in the volume of the timber stock is significantly larger, by 29 percent at the least, though in some cases by a hundred percent.

”True, but not relevant”

Finnish researchers consider that the study findings to be true as such, but they do not believe them to be very significant. ”In environmental debate, we should remember that the claims must not only be true, but also significant. This should apply to all claims, and not just to those presented by businesses, for example,” says Professor Matti Kärkkäinen, who has researched the characteristics and technical properties of wood material.

Pekka Kauppi, Professor of Environmental Sciences at the University of Helsinki, points out that according to the latest estimates, the timber stock in Germany alone has increased by seven percent in just ten years. ”On the other hand, the risk of forest damage has increased significantly. Compared to this, it is not that significant that the cell structure of the trees in this study has lost some ten percent of its weight in 115 years,” says Kauppi.

The fact that faster growth makes wood lighter has been well known for at least a hundred years, says Kärkkäinen. ”However, the weight loss is so small that it does not affect the technical properties of wood, and the effect on the density of wood material is also negligible,” says Kärkkäinen.

”As regards pine, for example, we know that when the width of annual rings is 1–2 millimetres, the wood is at its hardest,” says Kärkkäinen.

Kärkkäinen also points out that you cannot examine the wood density of the whole timber stock of an entire continent just by looking at individual trees. You should also consider things like changes in the distribution of different species.

”For instance, in large areas in Germany and France, spruce has been replaced with Douglas fir after the Second World War. And the density and technical properties of Douglas fir are on a much higher level than spruce,” says Kärkkäinen.

Douglas fir (Pseudotsuga menziesii) is neither fir, spruce or pine, although it is often also called Oregon pine. Instead it belongs to a genus of its own, called Pseudotsuga.

Briefing of the research study of the Technical University of Munich

Towards greater coherence on forests