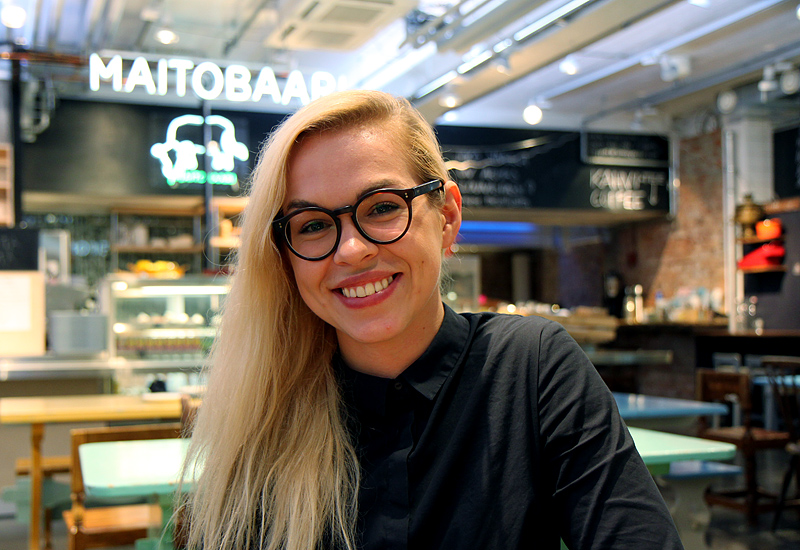 Forest professionals will visit over 300 schools this autumn to present the sector and their work. The campaign is based on an idea conceived by an advisory board.

””Our first idea was a bus tour to visit schools around Finland and tell school kids about the forest sector. You would be able to follow the bus through the social media, and maybe some parts of the trip would be made on wooden skis,” is how Anastasia Tolmatsova describes the original idea conceived by the Advisory Board for the Forest Futures project.

Tolmatsova has been a member of the Advisory Board since it started. “I got interested immediately I heard about the Board. It’s great to be able to take part in breaking old but erroneous images, for this is not a boring sunset sector,” says Tolmatsova who received her Master’s degree in forestry in 2011.

15-30 young people take part in each Advisory Board meeting. They have conceived a range of ideas to help young Finns learn about the forest sector in a way that appeals to them.

Samples of products left at schools

”I found that the bus tour would be expensive and complicated to arrange. However, the Federation of Finnish Forest Industries took up the Advisory Board’s idea and developed it into a campaign to visit schools,” explains Planner Vilma Issakainen from the Finnish Forest Association.

Forest sector professionals will visit 300 out of the 700 lower secondary schools in Finland to talk about the forest sector, its various professions and their own work. They also bring a cardboard case containing a selection of forest sector products which they will leave at the school. The case represents the Advisory Board’s idea of a travelling bus in a condensed, miniature form.

The case, designed by Issakainen and put together with forest sector companies, includes 12 different products from milk cartons to samples of cellophane and viscose.

Many products taken for granted

Next week, advertising posters containing a QR code will be posted at bus stops in 40 localities all over Finland. Scanned with a mobile phone, the code will link those curious enough to a video. There are six different posters and videos. The videos show what life would be like if wood was not used.

“Videos that are amusing and well made have the potential to spread widely in the social media,” Tolmatsova explains when asked why the Advisory Board suggested videos.

A few of their ideas were too wild for the sector. One of the vetoed ones involved a couple making love on a wooden table which vanishes from under them.

The videos were planned and made by Rakettijengi Tuotannot Oy. “We have no previous experience of working with the sector. We were surprised by how varied it is,” says CEO Hannu Uotila from Rakettijengi. They also produced the bus stop posters.

Uotila says that knowing something but not too much of a sector is a good basis for producing videos where self-evident things are called into question. What it difficult is making entertaining videos with new content.

“Youngsters very easily say: So, we know this already. What helped us is that we’ve made music videos and other projects aimed at teens,” Uotila says.

Each of the six videos tells a different story. Some of the story ideas came from the Advisory Board, some from Rakettijengi.

An idea tossed in the air must be turned into a story which will also make others laugh. During the actual shooting of the video you cannot test whether the idea works or not. This means they must be scripted very carefully beforehand.

”I’m happy with the videos myself. It will be interesting to see how they are received. Some can work differently from what we thought,” Uotila says.

The school visit campaign, bus stop posters and the product case are all part of the sector’s joint Forest Futures project. The goal of the project is to improve the reputation of the sector and its recruiting potential. The target groups are both youngsters and the sector itself.