The United Nations Convention on Biological Diversity was adopted in 1992 in Rio de Janeiro, Brazil. The goals set in the convention were the conservation of the diversity of species and habitats, the protection of the world’s ecosystems, flora and fauna, and furthering the sustainable use of natural resources.

As is its tradition, Finland took the CBD seriously. In fairly short order we were the leader in the EU as regards implementing it, something that we may justifiably be proud of.

Since then, biodiversity has been taken into account in all activity related to nature in Finland. What other country has mapped its habitats and species equally meticulously and had assessments of endangeredness carried out by experts that are equally knowledgeable and committed to their task?

The proposal for the European Union’s biodiversity strategy contains no assessment of its impact on livelihoods. What happened to the sustainable use of natural resources, already mentioned in the Rio Convention?

The number of protection sites has systematically been increased and practices in the forest sector, for example, have been developed on the basis of research and with the help of ever-improving guidelines. The amount of deadwood in commercial forests is being actively increased and the Red Book of threatened species in Finland, revised about once every decade, is studied carefully when planning forestry activity.

The Rio convention also provided the incentive for creating the FSC and PEFC forest certification systems. These have developed the entire forest sector significantly and continue to do so. In this respect, too, Finland is a pioneer.

The Commission of the European Union recently published an ambitious proposal for the Union’s biodiversity strategy. It proposes a significant increase of protected areas and projected restoration.

The proposed measures take no account of the special features of member states or the economic and social importance of forests. With its proposed strategy, the Commission clearly exceeds its mandate and interferes with national forest policy, and the strategy may have considerable effect on how Finland is able to use its forests.

As regards strict protection, Finland will not face problems, since our situation is among the best in Europe in any case. However, in addition to protection we should also restore an area that is twice the area protected, and that is asking a lot.

This may also entail the risk that countries possessing more of habitats that suit the Union’s protection goal will have to shoulder a disproportionate responsibility.

Then again, strict protection does not automatically lead to improved biodiversity. The number of hectares protected cannot be directly translated into protecting what is most valuable.

The proposed strategy elevates biodiversity above all human activity. The assessment presented on the economic impact of the measures is deficient.

There is no assessment of the impact on livelihoods, which is downright scary. Livelihoods in Finland are dependent on how we are able to use our forest areas, among other things.

What is more, is it possible to genuinely support European biodiversity simply by increasing strict protection? What happened to the sustainable use of resources, already mentioned in the Rio Convention?

Every once in a while it might pay to stop and consider what we actually want to achieve and what we are willing to pay for it. 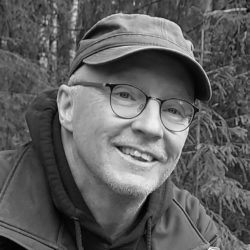 The writer is Antti Otsamo, Doctor of Philosophy (Tropical Silviculture) and Sustainable Development Manager at Metsähallitus Forestry Ltd, the company in charge of managing the forests owned by the state in Finland.