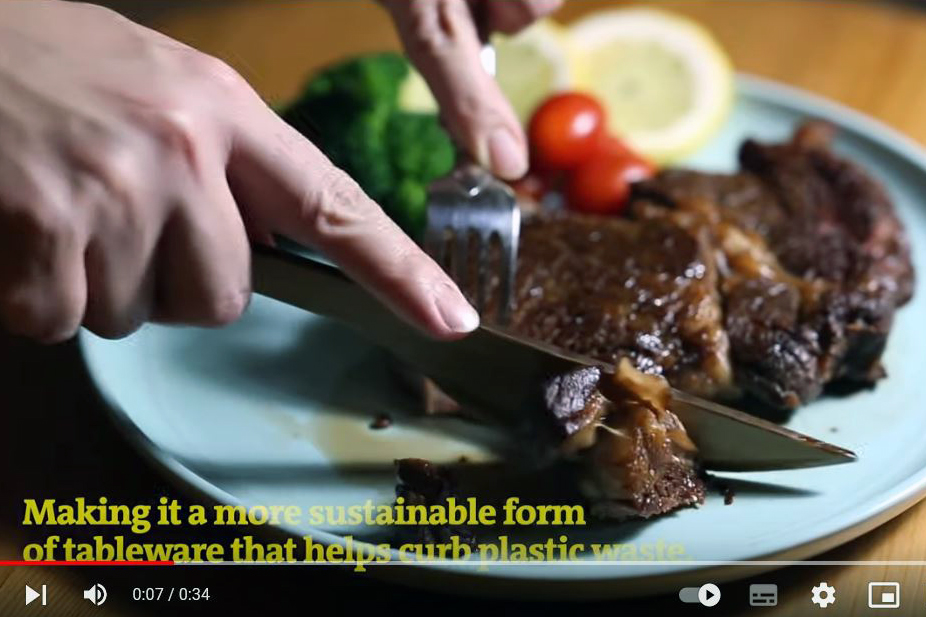 Wood material can be used to make both knives for cutting meat and nails. Photo: New Scientist, YouTube

Researchers at the University of Maryland in the USA have developed a material that is 23 times harder than raw wood. The new, hardened wood material can be used to make both knives for cutting meat and nails.

Ordinary wood is not, however, suitable for making something like knives; it needs to be compressed and hardened. According to the Tekniikka&Talous magazine, the process essentially includes two stages.

The first stage resembles the chemistry of paper manufacturing. During it, most of the soft components of wood, hemicelllose and lignin, are dissolved and removed using sodium hydroxide and sodium sulphite. The resulting solution is then boiled for some hours.

The remainder consists mostly of cellulose, the hardest and strongest of the three main structural components of wood. The researchers say that the strong cellulose fibres are crucial in making the knife material.

During the second stage, the cellulose fibres are compressed at a pressure of 20 megapascals for six hours and then dried and hardened at 100 degrees Celsius. The essential thing is that the original structure of the fibres is retained, even if compressed. The research team leader Teng Li says that this is of crucial importance for the hardness and strength of the material.

The original wood material is compressed to about one fifth of its original volume. At the same time it gains in weight. The material is finished with oil to prevent it from absorbing moisture.

In an article in the New Scientist Li points out that strong, hard wood can replace metal and ceramic materials, whose manufacturing and treatment often requires a minimum of ten times as much energy.

Article and video in New Scientist