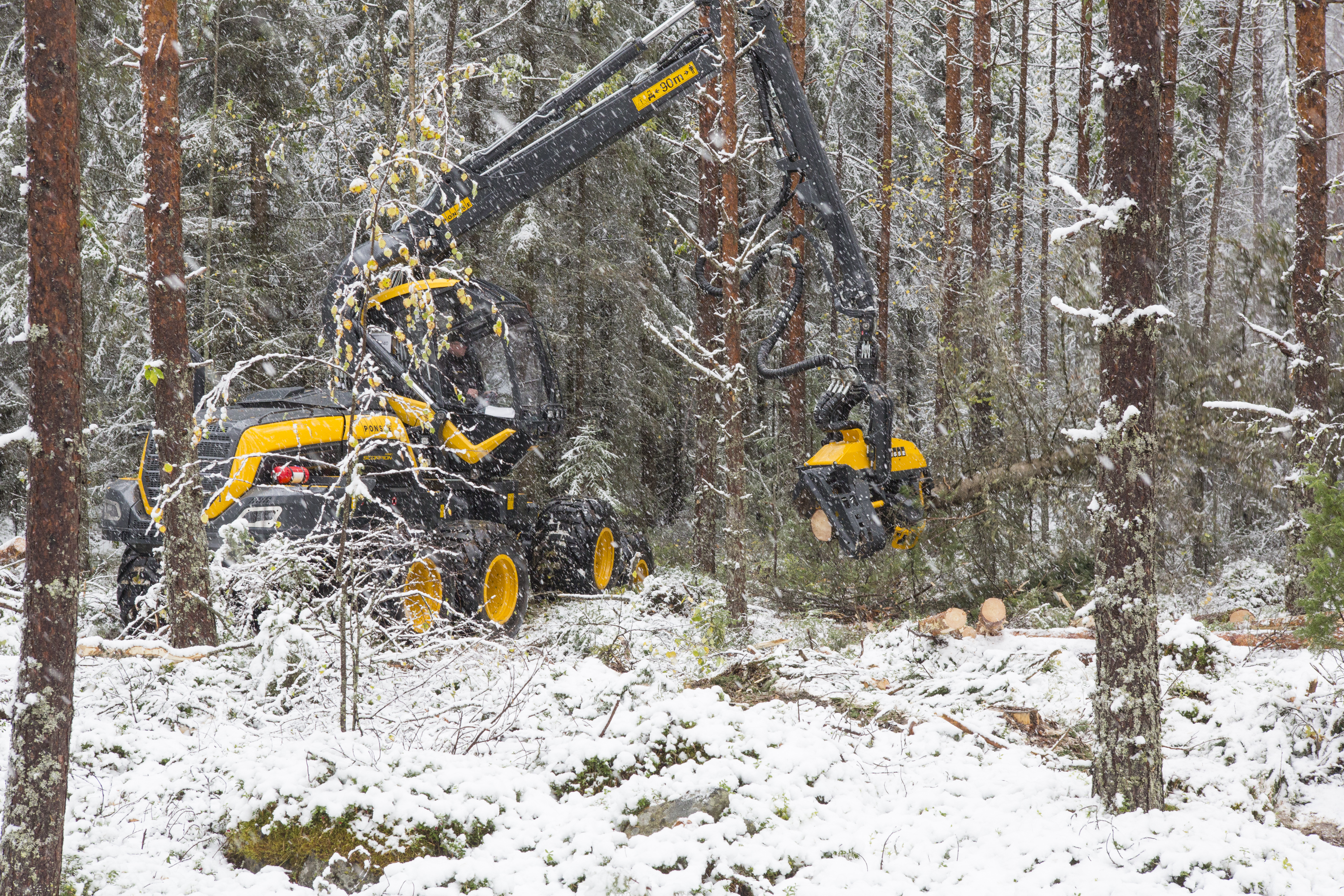 First snowfalls of this winter have been seen in Kemijärvi and Salla regions. Photo: Erkki Oksanen

Harvesting levels may, however, be increased quite a lot from the present levels without endangering sustainable timber production.

The National Forest Strategy 2025 of Finland, which was adopted today by the Government, includes calculations on how the international climate goals, mostly set at the Durban meeting, affect timber harvesting in Finland. In other words, the question is whether the volume of timber in Finnish forests will continue to increase in the future.

By now, the volume of timber in Finnish forests has been on an increase for quite a time. This being the case, the forests form a carbon sink, which in its turn means that they decrease the amount of carbon in the atmosphere.

During work on the strategy, some conflicts emerged: some of the participants wanted higher targets for forest growth as well as for harvesting levels, while others did not. In the end, calculations showed that the larger increase in harvesting levels is not possible, if the climate policy goals are also to be achieved.

A higher level of harvesting would decrease the carbon sink below the size required by international commitments.

The calculations were made for the 2020s. The timber to be harvested is divided into two categories: trunks on the one hand and logging residue and stumps on the other. The two latter kinds go to energy production, as do some of the trunks.

All in all, because of climate policy, the maximum sustainable amount of harvested timber would decrease by nearly ten million cubic metres annually. However, the forests would hold clearly more timber to be harvested than the amount harvested today.

Crucial issue: How do we get the timber on to the market?

The forest industry is planning several investment projects in the near future, which will clearly increase the timber demand in Finland. Even if we only take into account the pulp mill planned by the Metsä Group in Äänekoski in central Finland and the investments in pulp production decided on by UPM in Kuusankoski in southern Finland and by Stora Enso in Varkaus in eastern Finland, they could increase the annual demand for timber by some ten million cubic metres.

The demand for logwood is expected to increase because there will be more demand for chips produced by sawmills, but most of all due to direct investments in the sawmilling industries: in gluelam beam production by Stora Enso and Keitele Forest in Varkaus and in Kemijärvi in northern Finland.

The greatest effect on the timber markets in Finland would, however, be created by the planned Finnpulp pulp mill in Kuopio, eastern Finland, which is estimated to need more than five million cubic metres of timber annually.

So far, the Finnpulp investment is by no means certain. What is more, we may still see some more shutdowns in the forest industry.

Taking all the forests in the country into consideration, there is enough timber for the needs of all these investments. On the other hand, it is certain that not all the timber that could be harvested sustainably will ever enter the market. There are many reasons to this, such as natural conditions, lack of roads or just long distances from the forest to the nearest mill.

The most important reason may yet be that there is an owner to every tree, and if the owner has no inclination to sell, the timber will not leave the forest.