If forest growth continued at today’s rate, it would take 23 years to increase the timber stock in Finnish forests by an amount corresponding to its current volume. How is this possible in a country where the rotation period of forest is much longer?

Around the turn of the millennium there was a period of several years during which the average global temperature more or less did not increase. In spite of that, the climate has warmed during the 2000s, especially in the Nordic countries. We have seen several record-warm years, especially 2015 and 2016.

The rise in the level of atmospheric carbon dioxide has not, however, accelerated, because both terrestrial and marine carbon sinks have grown considerably throughout the 2000s. The carbon dioxide level has increased from 370 parts per million in 2000 to 401 in 2015.

Annual fossil emissions rose to a record-high level in 2013, to 36 thousand million tonnes of carbon dioxide, while the corresponding figure in 2000 was 25 thousand billion. Since then, however, the emissions have not increased.

In China, for example, the use of coal has actually decreased. The development has surprised the researchers, and we cannot be sure if the statistics have been correct and adequately compiled.

However, the level of atmospheric carbon dioxide will continue to rise for at least 15 years. Reaching the goals of the Paris climate agreement will still be possible, if the sinks continue to develop positively and fossil emissions have indeed reached their peak and will start to decrease rapidly.

The causes of the increase of terrestrial carbon sinks are manifold and, to a great extent, difficult to determine. Two main causes can, however, be found.

Firstly, the growth environment has changed at least as regards temperature, rainfall, level of carbon dioxide and nitrogen fallout. The other main cause is due to changes in land use.

These two causes have affected the situation almost everywhere. A rough generalisation is that land use changes have destroyed carbon sinks in developing countries and created new ones in developed countries.

The carbon sink in the European Union has been strong for as long as 30 years. The formation of the sinks has been furthered by agriculture and forestry, as well as by the rise in temperature and in the level of atmospheric carbon dioxide.

The timber stock in the forests has increased. On the other hand, it was previously suspected that global warming would lead to extensive storm damage and forest fires, but this has not turned out to be the case.

Frequent wildfires have only occurred in the Mediterranean countries, where the timber stock is relatively small. There is only one exception, the large forest fire in Västmanland in Sweden in 2014, which destroyed 13,800 hectares of forest.

Increasing amounts of timber have been removed from Finnish forests after the beginning of the 1950s, owing to an increase in both harvesting and natural loss. At the same time, the standing timber stock has increased by about thousand million cubic metres.

This is a significant change. The value of this newly emerged national treasure is EUR 30 thousand million.

In other words, at the current rate of growth the forests would be able to produce a volume corresponding to the present timber stock in 23 years. How is this possible in a country where it takes 50–100 years for a tree reach logwood size?

One reason is that the trees are larger than before. Take, for example, two trees: one with a length of 20 metres and an average diameter of 20 centimetres, and another with a length of ten metres and an average diameter of five centimetres. If the thickness of both trees increases by one millimetre, the increase in volume of the larger tree is almost eight-fold compared to the smaller one.

Larger trees grow more in volume, and forestry increases the number and share of larger trees in the forest: trees with a small diameter are removed in thinnings to give the larger ones more space to grow. Natural loss also tends to decrease the number of smaller trees in particular.

We may thus conclude that thanks to the investments that Finns have made in their forests, they have been able to double the removal – or harvesting – and at the same time to increase their timber stock for decades. As for the future development of timber stocks, it depends essentially on how we will deal with our forests. Primeval forest can only be saved once

Sustainable development as defined by the United Nations’ Brundtland Commission, for example, means “development that meets the needs of the present without compromising the ability of future generations to meet their own needs”.

The enclosed graph describes the ratio of timber removals to timber stock during the previous decades. Some future options are indicated with arrows. They show that if the aim is to create the largest possible carbon sink in the forests before 2030, the option “save” is the best one.

This option does not, however, meet the Brundtland Commission’s definition of sustainable development, because a carbon storage based on “saving” can only be created once. The next generations cannot “save” the same forest again; on the other hand, they cannot “undo” the storage, either.

This shows that the “save” option decreases the ability of future generations to meet their needs.

On the other hand, the option “harvest” would not increase the carbon storage in the forest at all. The safest way is therefore to choose one of the options “harvest and save”, which is possible, in fact, under the European Parliament’s decision concerning forest carbon sinks.

The article is a summary of the presentation given by Professor Pekka Kauppi during a stakeholder excursion organized by the Finnish Forest Industries Federation on 13 September 2017. 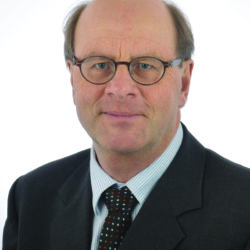 Nanocellulose promotes wound healing. FibDex, a wound care dressing made from nanocellulose and the winner of the New Wood 2021 Competition, speeds up wound healing and reduces pains experienced by the patients. #Uusipuu #NewWood #nanocellulose #innovation https://t.co/lWMa5z6l6R