As a positive step towards the world emerging from the pandemic, the International Union for Conservation of Nature (IUCN) organized the World Conservation Congress, which highlighted the dual existential crises the planet faces: climate change and biodiversity collapse.

The Congress attracted around 6000 onsite participants in Marseille, France. It drew significant political attention, in advance of important meetings under the UN Framework Convention on Climate Change (UNFCCC) and the Convention on Biological Diversity (CBD).

The congress noted, that climate and biodiversity are not distinct or separate ut are rather two aspects of one crisis. The congress intended to “connect the dots” between the two.  Humanity has reached a tipping point, and that our window of opportunity to respond to these interlinked emergencies is narrowing. Profound changes are needed to build societies that value, protect, and invest in nature in our collective future.

More than half of the world’s GDP is generated in sectors that are highly or moderately dependent on ecosystem services such as pollination, water filtration and raw materials.

On forests, world leaders called for a clear strategy to fight against ‘imported deforestation’, focusing on specific products that are currently often produced unsustainably, including soybeans and palm oil. More generally, growing trees for sustainable wood products does not mean the same as deforestation. It is an important part of sustainable landscapes, which provide for people and the environment.

The Congress called out for pursuing collaboration and partnerships. In this vein, IUCN joined forces with FAO and the regional Forest Communicators Networks in highlighting in the congress how “Sustainable wood” needs a narrative that positions it as a powerful part of addressing global climate change and ecological issues such as curbing deforestation. Communication is key to making a difference. In order to successfully reaching policymakers, inform decision-making and influence people’s behavioral choices, effective communication is essential. This is especially important when it comes to our forests. The world’s forests play a key role in protecting our planet – from mitigating climate change by acting as carbon sinks, protecting biodiversity, providing food, livelihoods, fuel, shelter and clean water. Forests are a vital part of the solutions to our current planetary crises.

Responsible management of forests is an elemental part of protecting forests’ well-being.  The need for finding the balance between protection and sustainable use is more current than ever.

Current calls for strict protection of the environment vary to a great extent, from 30 % suggested by the EU up to claiming “nature needing” half and even above. Political decisions define what is feasible.

Some dissenting opinions were also voiced. It was pointed out, that the burden of crisis consequences does not spread equally. It won’t be those who have overwhelmingly caused the climate crisis, but rather indigenous and other local people in the Global South who play little or no part in the environment’s destruction. Kicking them off their land to create Protected Areas won’t help the climate. Environmental defenders were honored at the event, brave people who lost their lives in defending what they believed to be important for the planet.

The many outcomes and resolutions given build hope on steps forward. In today’s short spanned, often polarizing discussion climate, there is room for compromise and bridge building, not “either or” but rather “as well as”. 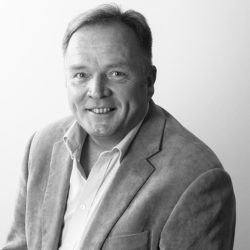 Kai Lintunen is the Leader of the FAO-UNECE Forest Communicators’ Network and Head of International Communication for the Finnish Forest Association.